YORK CO., Pa– Dogs have many jobs during their lifetimes. Companion, listener, retriever, cuddler, protector, among other things. Not many have been a vet... 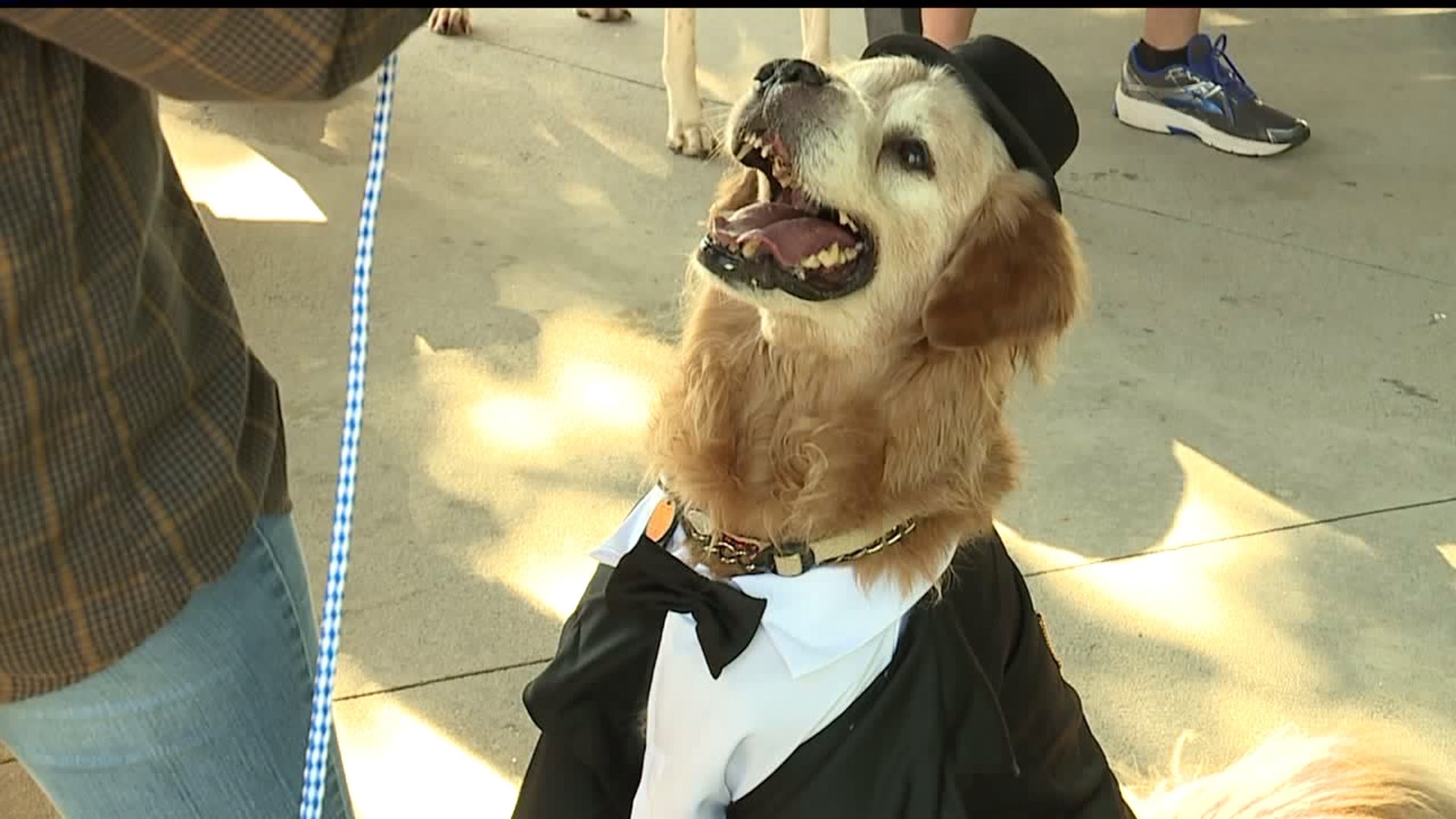 YORK CO., Pa-- Dogs have many jobs during their lifetimes. Companion, listener, retriever, cuddler, protector, among other things. Not many have been a veterinarian, pilot, police officer or husband. Mister Molson, a golden retriever, has been all of those things and more thanks to his owner, a community and a bucket list.

"He's always there for people, so this gives us a chance for everybody to come back out for him."

Molson's owner, Tim Griffin says it's the least he could do to help his family cope with the 12-year-old golden retriever's cancer diagnosis, "He's always there for people, so this gives us a chance for everybody to come back out for him."

Tim is trying to make the best of a very tough situation, knowing his dog was only given months to live, "Everybody was sad, and partially with the kids also, I wanted to try to take it as an opportunity to be less negative about it. It's been 12 weeks since his surgery and in those 12 weeks we've had a lot of fun."

Friends from all over York County have joined in on giving Molson the best final days possible, from being an honorary Firefighter with the Yoe Fire Department, which was Tim's daughter Chloe's favorite moment... "A lot of people were there for Molson it was like one of the big bucket list items he completed, and it was loud."

To becoming Sergeant Molson with the Pennsylvania State Police at the Loganville, York County Police barracks, which was Tim's son Elliot's favorite list item, as you don't see a lot of dogs like Molson on the force, "not many golden retrievers, so I'm happy that he got to be one of them."

Molson has done more in the last 12 weeks than many of us have in a lifetime. He's even been President.

Tim says his company honored his dog in a very special way, "With a unanimous vote they elected him to be the President of International Brotherhood of Electrical Workers Local 229."

While Molson's days are numbered, the Griffin family knew they had to find love for their dog who has loved them so much... So naturally, they held a wedding, complete with a flower girl, ordained minister and bride of course.

Elliot thought the idea was crazy and he loved it, "My dad had the idea that he, Molson would get married- and someone was willing to get married."

Wagging down the aisle, the pups entered into dog matrimony in front of their loved ones...

Giving them all an opportunity to thank Mister Molson for his unconditional love.

Veda Reider works with Tim at Local 229-- she knows Molson as family, just as she knows Tim as a caring single father working to help his family cope with the inevitable.

"I think he did this to help them kinda get through this too, and it's helping us too because we're all joining in on it. It helps make it a little bit easier, in a sense."

Tim says he is having a tough time, but trying to keep it together for his kids, "I'm trying to be a good example for the kids on how to deal with it."

He says he is teaching his children a lesson in letting go... and the kids are doing their best to accept that Mister Molson is going to leave them soon.

Elliot is coming to terms with reality, but knows it won't be easy, "There's gonna be less going on cuz he's an important part of the family."

"There wasn't a day that I didn't know him."

While it's not on his list-- Being a "big brother" is quite possibly Molson's biggest accomplishment yet.

Chloe says when she learned Molson had a short time to live, " I started to cry because he's been there for me for a long time. There wasn't a day that I didn't know him."

Knowing Molson is just the beginning, as everyone who knows the 4 legged friend won't soon forget him.

Veda says with each passing day, it is getting tougher to see Molson, "Oh it's getting horrible, we all-- when we think about it, all of us you know get teary eyed about it."

For 12 years, it's been tail wagging, playing and unconditional love-- Tim says the companionship he's had in Molson cannot be matched-- as the canine has been Tim's shadow for more than a decade.

"When i come home and he's not there, just not having him by my side all the time-- I think is when it's really gonna sink in."

For now though, it's laughter and adventures for the Griffin family as they make new memories with their furry family member...

One of the lessons Tim is teaching, "In death we can celebrate life and that until we take our last breathe, we can still have a lot of fun and we can still impact people around us."

For Mister Molson, there's been no shortage of treats or tears from loved ones along the way.

"He deserves to be spoiled."

Veda says the treats are endless now, "Tim told me I can give him as many biscuits as I want, because he deserves to be spoiled."

Tim has set up a page in Mister Molson's name for anyone who would like to help fund canine cancer research:

http://www.wearethecure.org/friends/mistermolson#.WTXCBWjyu70
You can follow along with Molson's adventures here: https://mistermolson.wordpress.com/