YORK COUNTY, Pa. — The parking lot is as empty as the pool at Codorus State Park in York County. Officials say they shut the pool down when they discovere... 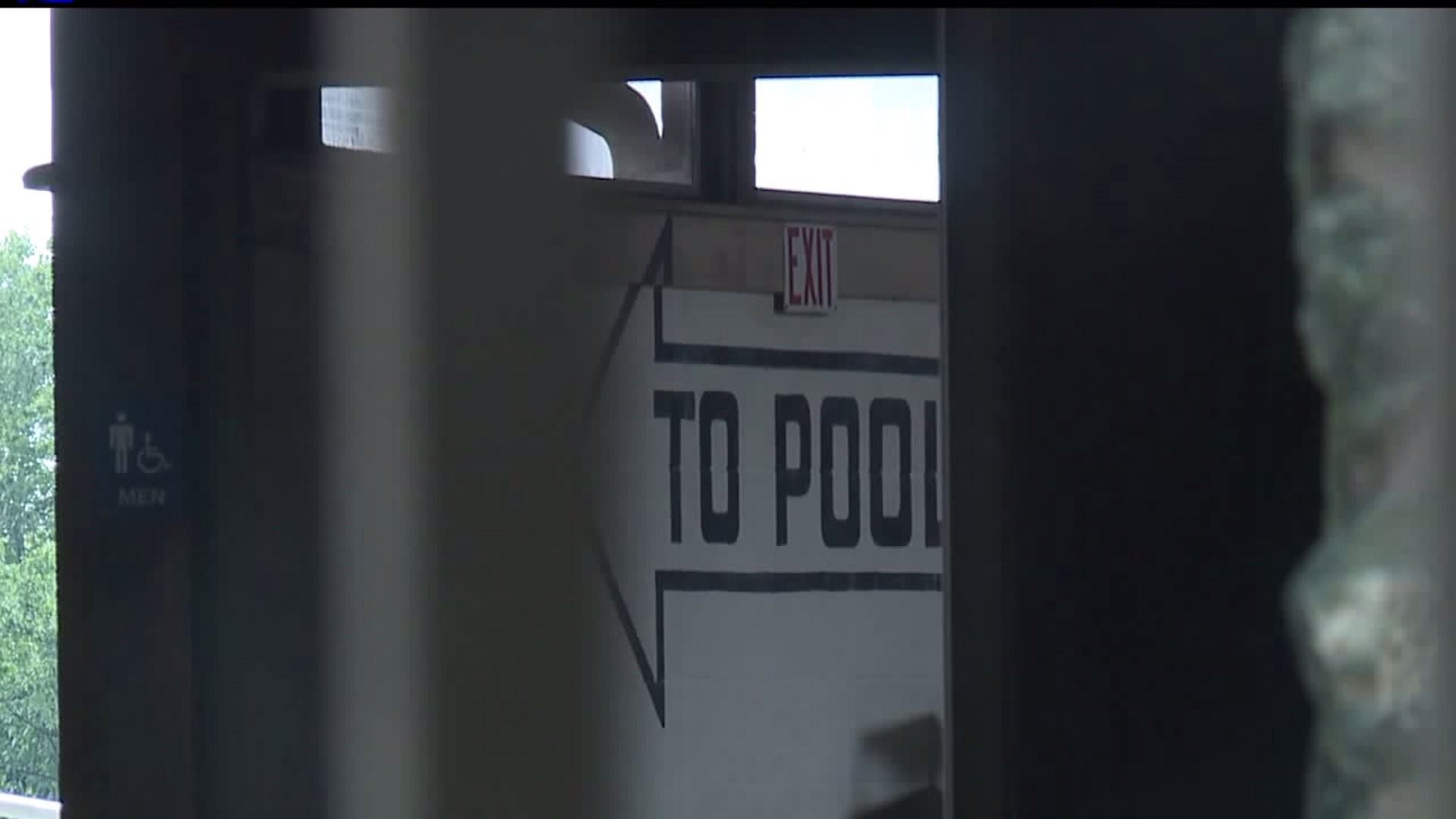 YORK COUNTY, Pa. -- The parking lot is as empty as the pool at Codorus State Park in York County.

Officials say they shut the pool down when they discovered not one but three tears in the lining.

There's also more moisture in the air than water in the pool.

"I would probably be ticked off. Why cant they do it after the season ends after September?" asked John Steplowski of Stewartstown.

"Because they have a split in the liner which they can't help," answered Janie Steplowski, John's wife.

Officials with the Department of Conservation and Natural Resources say water got underneath the pool's liner, which made the pool's otherwise smooth bottom quite bumpy and unsafe.

If left open, they believe that would be dangerous for pool goers and likely cause more damage to the liner.

"We were thinking about bringing our grand kids here, but we changed our mind," added Janie.

The Steplowski's hope the pool will reopen soon so they can come back with their 8 grandkids, but until then, they say they have a way to beat this weekend's heat.

"We plan on staying indoors," said Janie. "Indoors is good. 100 degrees doesn't bother me as much as it does other people, cause I spent 5 years in California in the Mojave Desert where 100 was nothing."

Campers at the park are also doing what they can to stay cool.

"We fought the heat; we went on a tour bus in Gettysburg, and it was air conditioned," explained Roger Diehl of Lebanon County.

The Diehls told FOX43 they are camping at the park for the second time this year.

"Our sole purpose of coming back was taking Sadie to the pool. She loves the pool," added Roger.

Sadie though won't let an empty pool drain her happiness.

"I like the woods, and I think it's really fun camping," explained Sadie Diehl. "We'll probably come back again so hopefully the pool will be open."

DCNR officials did not want to give FOX43 a definite date when the pool could reopen.

They say they're cautiously optimistic it could reopen next week.

Until then, they say the pool at Caledonia State Park is open, and they are reminding folks they can wade in the lake at Codorus State Park to get a chill; they just can't swim.