HARRISBURG, Pa. — With a subtle fist pump as he finished reciting the oath of office for Pennsylvania’s Attorney General, Josh Shapiro took on the j... 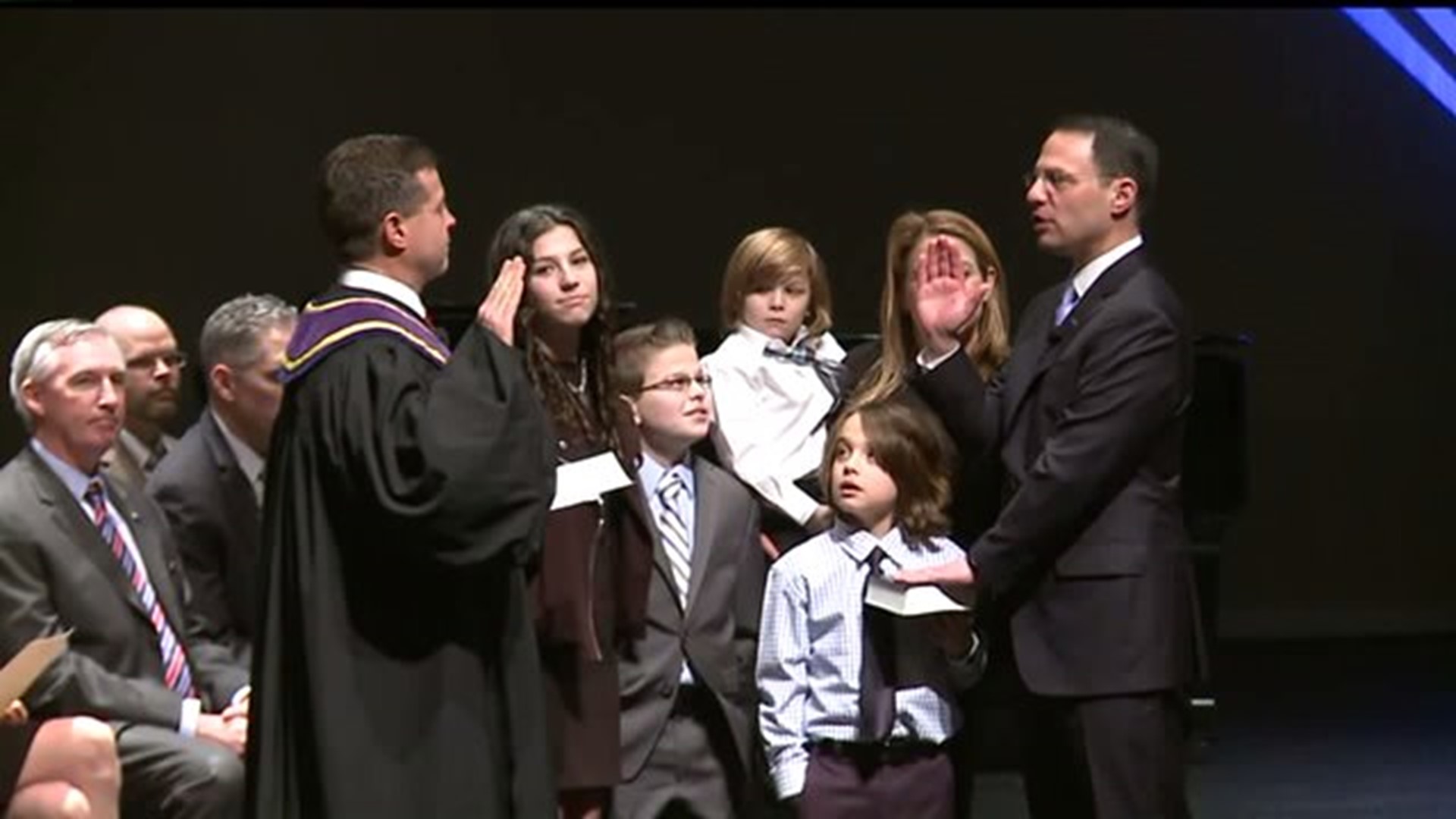 HARRISBURG, Pa. -- With a subtle fist pump as he finished reciting the oath of office for Pennsylvania's Attorney General, Josh Shapiro took on the job in Harrisburg with one of the biggest tasks at hand: regaining the public's trust.

Shapiro follows the shortened term of Democrat Kathleen Kane, who was removed from office in August after she was convicted of numerous perjury and obstruction crimes. Kane was sentenced to 10 to 23 months in prison, and is appealing the ruling.

"No Pennsylvanian should ever again have to question the integrity of our office," Shapiro said in his inaugural address. "We will rise to this challenge, apply the law without fear or favor and infuse integrity in all that we do so that we can focus on best protecting you."

Shapiro did not appear to waste any time in attempting to restore integrity to the attorney general's office. On Tuesday, he appointed and swore into office a newly created Chief Integrity Officer, which he says will be "literally standing outside my door. He also says he plans on hiring a Chief Diversity Officer and on Wednesday, his entire office will sign a new code of conduct.

"I made this a central focus of our campaign and central focus of public service," Shapiro said following his inauguration. "Then, it's about listening and making sure you're connected to the community.