Riders in Central Pennsylvania have more options when it comes to travel. Uber, a ride-sharing company operates in 54 countries and 260 cities — and now y... 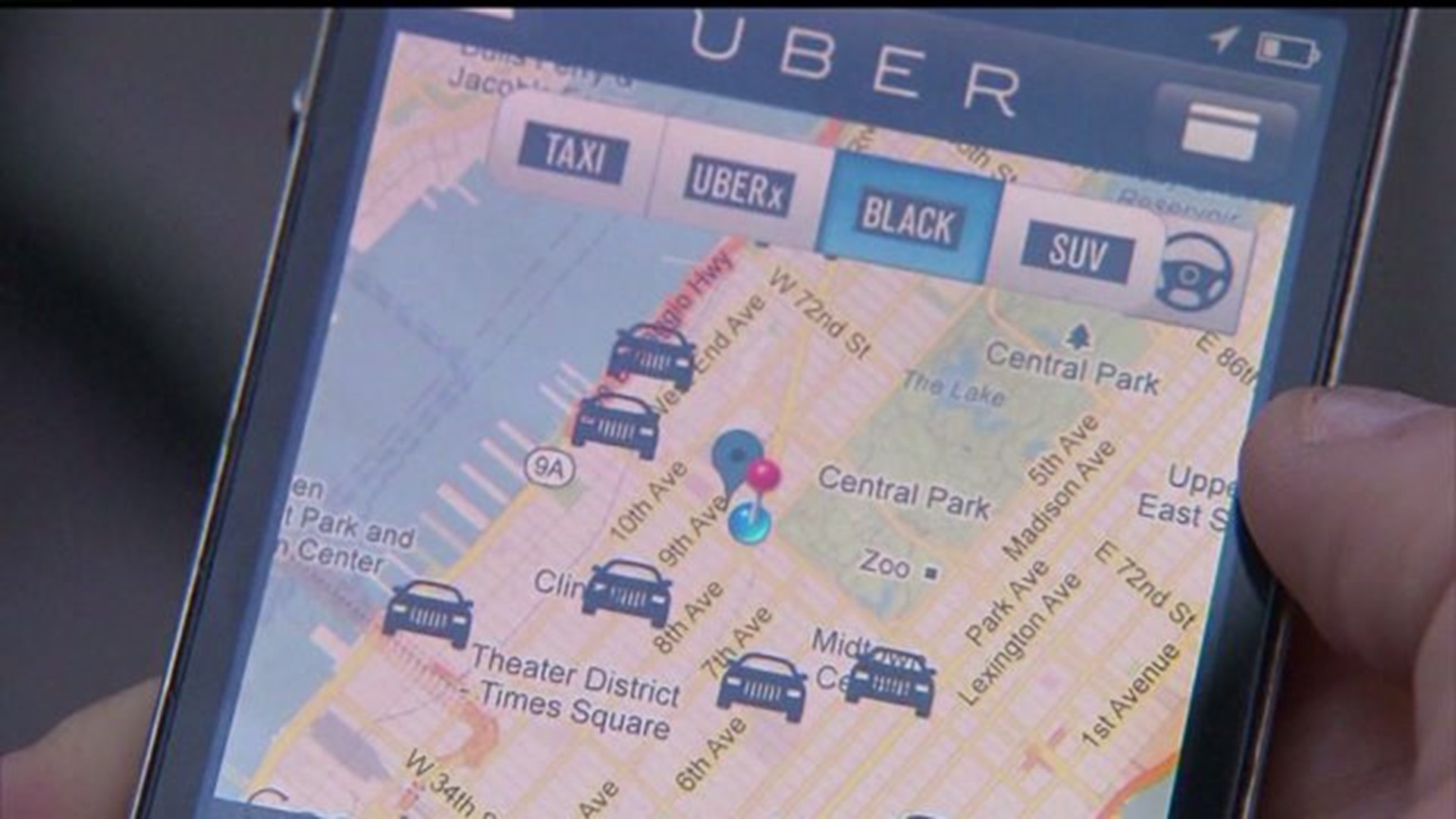 Riders in Central Pennsylvania have more options when it comes to travel. Uber, a ride-sharing company operates in 54 countries and 260 cities -- and now you can add Harrisburg to the list.

"I think the ease of using Uber especially with our downtown restaurant row and everything, is going to make it less likely that people are going to drive under the influence of alcohol," said Mayor Eric Papenfuse.

The company operates through a smartphone app. It allows riders to request a pickup and then track their driver's location. Within minutes, you have a driver at your doorstep.

"Well if it's going to be helpful for people that need cabs, it's a positive thing. Anything that's positive for the people of this state is a good thing," said Robert Graby, a driver from Harrisburg.

"I don't think it would be as big here as it would in New York or Los Angeles or bigger cities," added Anna Black, another driver.

But Mayor Papenfuse says choice is a good thing for riders. "This is potentially and hopefully just the beginning of increasing choices for the consumers and we do think the competition is good for consumers in the long run," he added.

All drivers undergo extensive background checks. The company itself says they've had hundreds of drivers throughout the city sign up, but traditional cab drivers say this is bad for business.

"It's always about competition so I'm just going to have step my game up," said Harold Thaxton, a taxi driver.

But Joseph Owolafe says the competition is something he can't afford. With two daughters in college, it will directly affect his livelihood.

"Uber wants to take all our jobs who can afford the price, that's not how to do business. Want to do business? You come down to the grassroots; People that need help; Not people who are already millionaires," he added.

Uber rates vary depending on your location. In Harrisburg, the rate will be 15 percent less than a taxi. Expect to see Uber operating in York, Lancaster and other cities throughout the state in the weeks ahead.