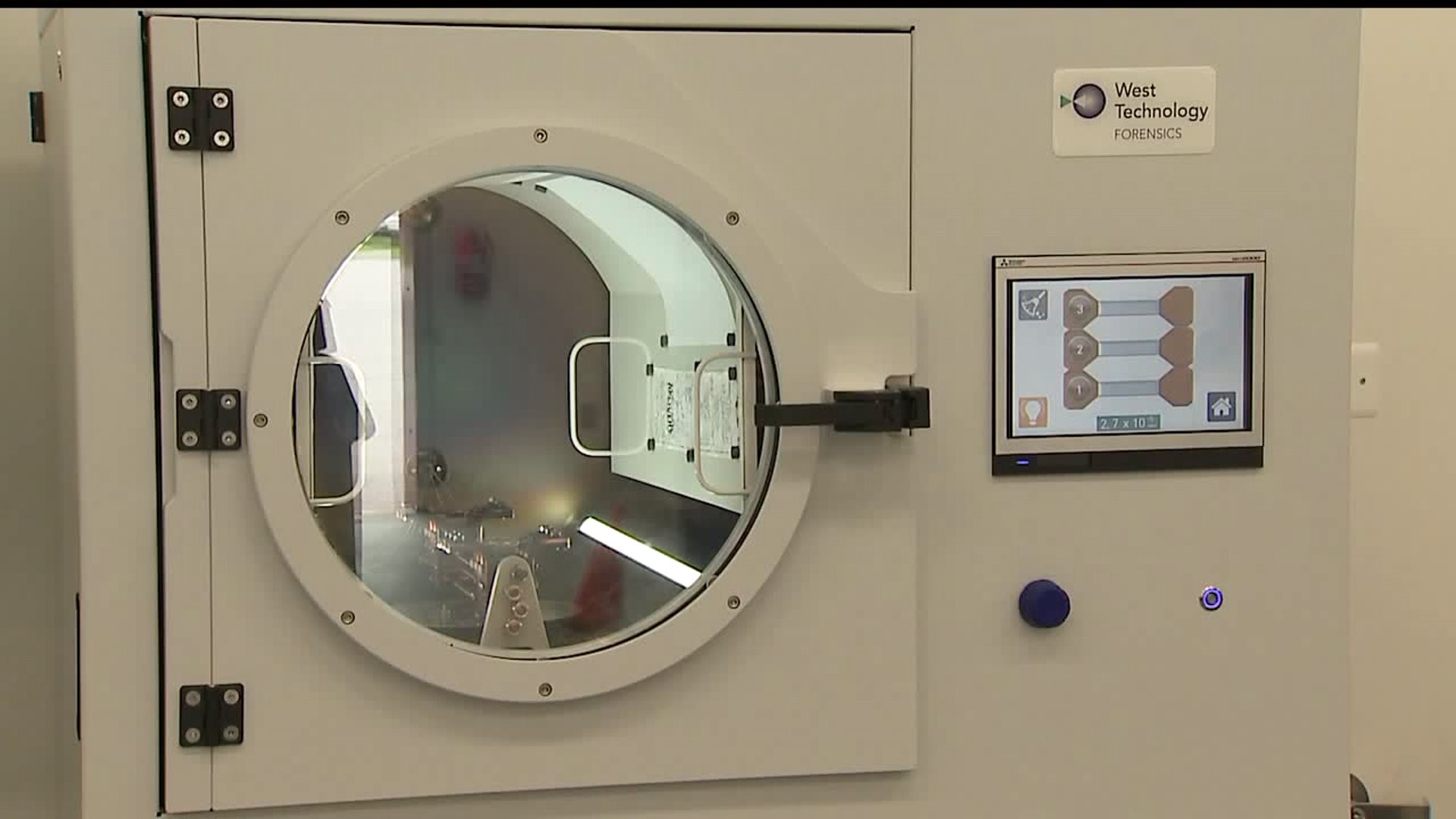 Their new Vacuum Metal Deposition, or VMD, is the second of its kind in Pennsylvania and one of fourteen in the entire country.

Costing $140,000, District Attorney M.L. "Skip" Ebert said they acquired the device thanks to a grant from the Pennsylvania Commission on Crime and Delinquency.

“This is really increasing our ability to come up with a successful solution in more and more cases," said Ebert.

An item of evidence, whether it be flexible plastic packaging, fabrics, glossy paper, thermal paper, currency, wood, bullet casing and other materials that cannot normally be processed are placed in the machine.

Inside vacuum pressure, metals such as gold, zinc, and silver are vaporized.

The atoms from those metals float and attach to the item of evidence, revealing potential prints in minutes.

Carol McCandless, lead forensic investigator for the county, said that since the process coats the item and not the prints, it does not interfere with DNA analysis.

She said the device is helping them get to investigative leads in a quicker and more efficient way.

McCandless said the device has been in operation for the last week.

She said they've received two cold cases, one from 1983 and another from 1995, that they will attempt to find answers for.