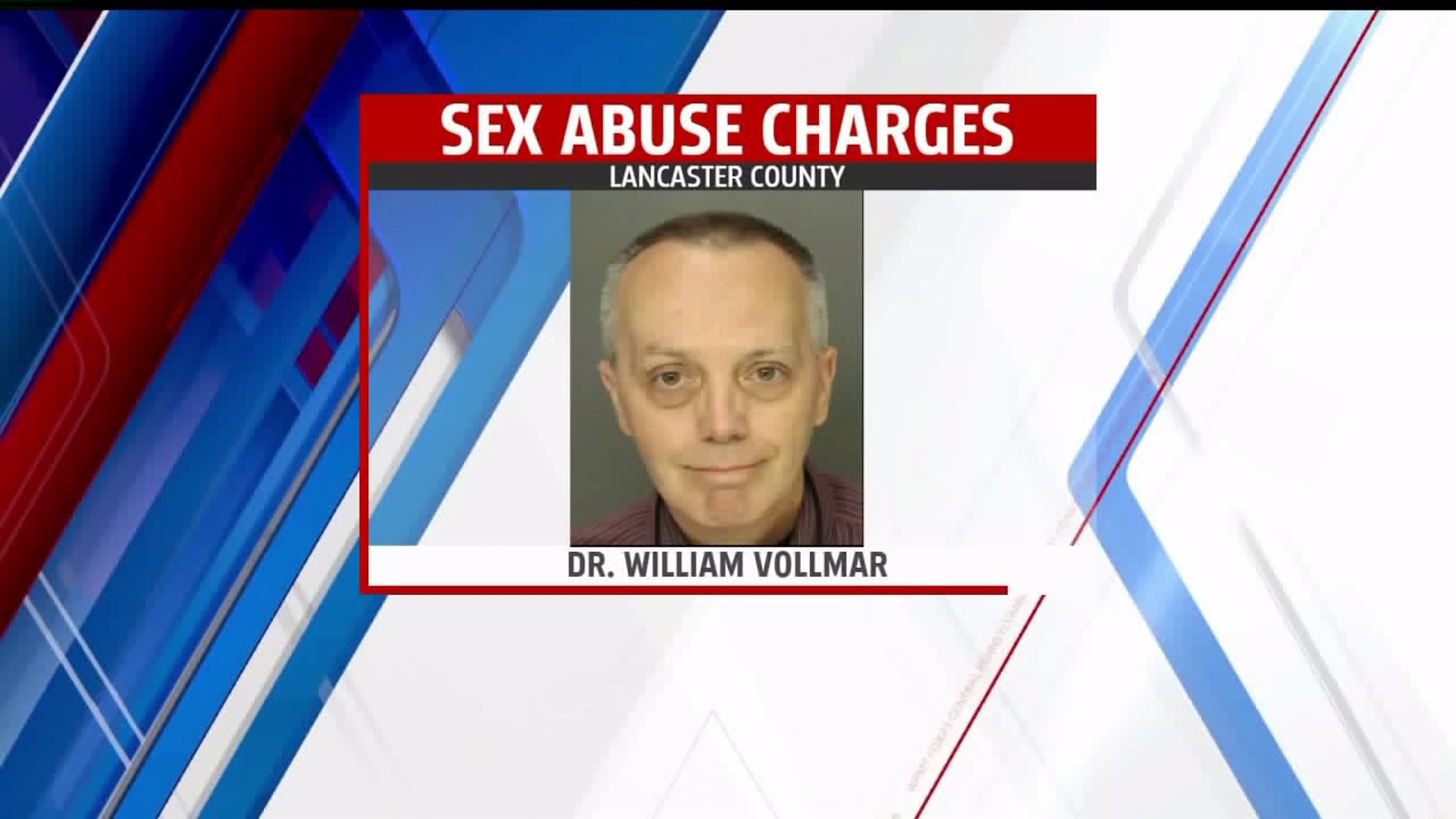 Vollmar has already been charged with indecent assault, bringing the total number of people accusing him of abuse, leading to criminal charges, to five.

Court documents say "Victim #1" began seeing Vollmar for treatment in the fall of 2015.

The victim says he started receiving massages at Vollmar's Quarryville Office, and then was requested by Vollmar to come to his personal residence on the first block of Wyckford Place in West Lampeter Township in Summer 2016.

During a home visit massage, the alleged victim says Vollmar rubbed his inner thigh and had his hands on the victim's groin area.

The victim described Vollmar touched his scrotum for 30 to 40 seconds.

In another home visit, the alleged victim told investigators Vollmar reached up his boxers and touched his penis, without his consent.

"Victim #2" told investigators he was a patient of Vollmar who also went to Vollmar's personal residence for treatment.

The alleged victim says at a massage appointment between May and July 2017, he says Vollmar asked if he "trusted him" and lifted the alleged victim's towel and began touching his penis for approximately one minute, without his consent.

Court documents say the victim stopped Vollmar from continuing and left the appointment.

"Victim #3" told investigators he became a patient of Vollmar's in the early 1990s while attending Conestoga Valley High School.

Prior to turning 18-years old, the alleged victim says Vollmar touched his penis during sports massages between 1996 and 1997.

In 2016, the alleged victim says Vollmar touched his genitals during a sports massage at Vollmar's personal residence.

He told investigators he stopped Vollmar and left the appointment.

Between June and July 2017, "Victim #3" told investigators Vollmar began performing oral sex on him during a massage at his Quarryville Office, without the alleged victim's consent.

"Victim #4" told investigators he began seeing Vollmar in the fall of 2017 as a 17-year old student at Conestoga Valley High School.

During a massage in the athletic training room between January and February of this year, the alleged victim says Vollmar reached down and touched his penis.

Court documents say Vollmar was employed as a physician with Stephen Diamontoni and Associates Family Practice between July 1992 and April 2019.

Vollmar was a medical support member for the Pennsylvania Interscholastic Athletic Association (PIAA) for district and state athletic competitions and a member of the PIAA Sports Medicine Advisory Committee.

The Pennsylvania Office of Attorney General has set up a hotline for anyone with any information pertaining to Dr. Vollmar's sex abuse case.

“Conestoga Valley School District learned today that additional serious criminal charges have been
filed against Dr. Vollmar, including allegations of inappropriate contact with a CV student. While
CV had an independent contractual relationship with Dr. Vollmar to provide school physician
services to the district, that contract was immediately terminated on Wednesday, April 10, as soon
as we became aware of him first being charged with inappropriately touching an adult patient at his
clinic.

The focus of the district has always been, and will continue to be, on the safety of our students. We
are engaged in ongoing cooperation with the Pennsylvania State Police and District Attorney’s
office.

Although we are unaware of any other alleged wrongdoing, we encourage CV students, both past
and present, to contact Trooper Wardrop of the Pennsylvania State Police at 717-290-1965 if you
have any information.

Additionally, we are also taking steps to help students who are experiencing strong emotions at this
time, so counselors are available to talk to students if necessary. Also, if you have concerns about
your child, please call the guidance office at 717-397-5231 ext. 1030 to speak with one of the
counselors.

As a parent, and an educator, I am deeply saddened and extremely shocked by the allegations
against a trusted adult who had contact with some of our students. We will continue to do
everything we can to provide a safe environment for all of our students.”