WEST COCALICO TOWNSHIP, Pa. — Butch Schannauer’s home was wrecked when a tornado passed through Sunday. He said he kept an eye on the storm from his... 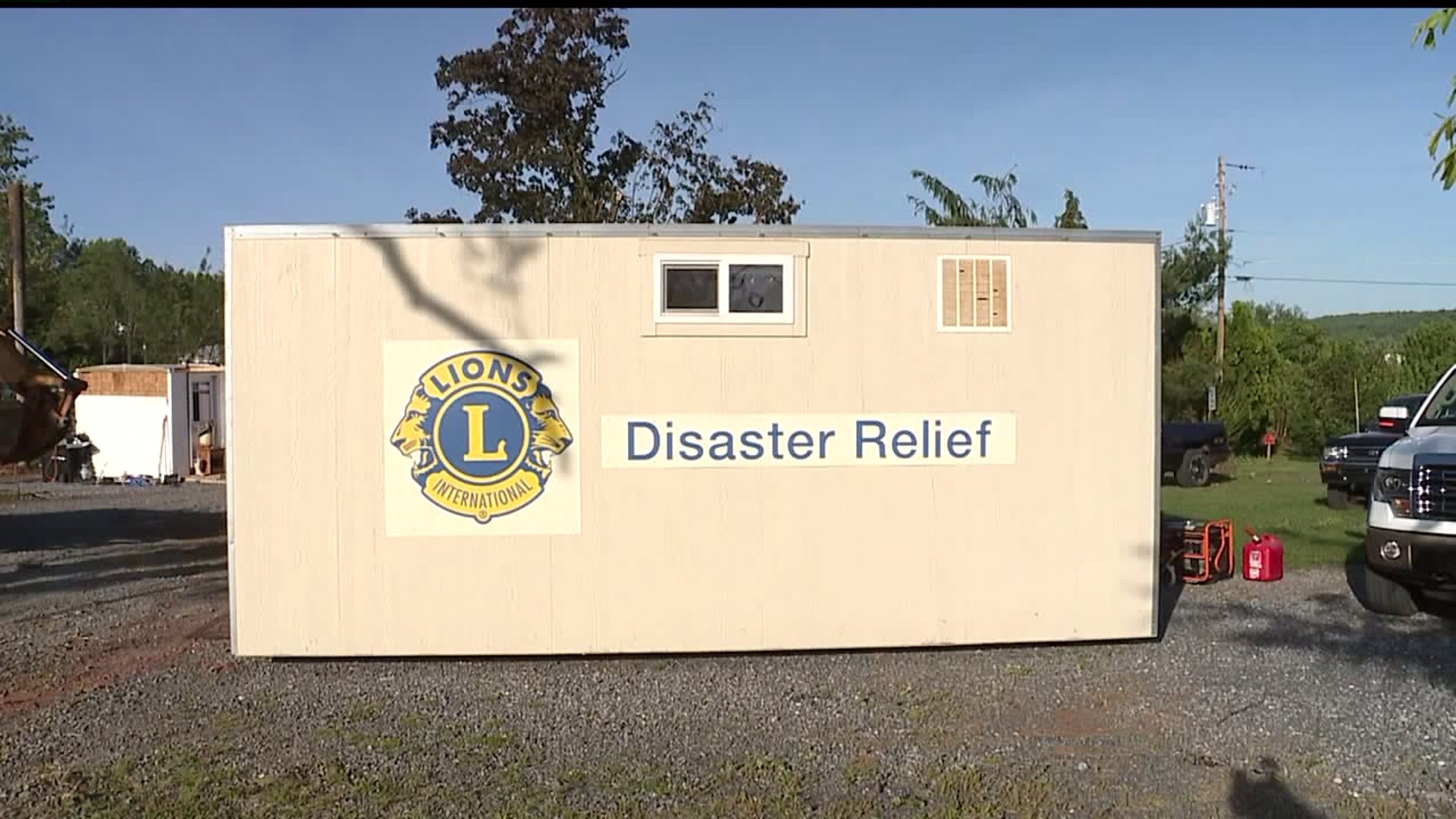 He said he kept an eye on the storm from his back porch.

He said he then started to see debris fly up in the air in the field next to his home.

Then he saw the tornado, running into his house.

"We heard a loud crack. I think that's when the roof took off. Then we heard another big crack. I thought the walls were coming in. That's when the camper went up against the house. I actually think that saved the house, protected the front of the house. But it was horrible. This only took seconds and then after it went away, I looked outside...it was bad," said Schannauer.

He said his peak roof was blown off, leaving him with water damage inside.

He said his home has since been condemned.

His story caught the attention of members of the Christiana Lions Club.

“What caught my eye is he said he had to sleep in his truck...I said he’s not sleeping in his truck. I said this is going to be up there for you,” said Jim Groff with the Christiana Lions Club.

With the help of Null's Towing, Groff said they were able to transport a "Disaster Relief Unit" to Schannauer's property.

Used previously for storage in other severe storms, including Hurricane Sandy and Hurricane Harvey, it contains amenities including six bed bunks, a refrigerator, a microwave, and air conditioning.

The Lions Club is allowing Schannauer to use the living quarters until he can get his damaged home squared away.

“People want to help you. It’s unbelievable the help that is offered to you…You say thank you but it just doesn’t seem enough to say thank you, you know? It’s gotta be something else," said Schannauer.

Groff said this is the first disaster site they're using their disaster relief unit for in Lancaster County.