SPRING GROVE, Pa. – Thousands of dollars and hundreds of items were collected Wednesday night in a donation drive for the family of Samantha Stein, the 24... 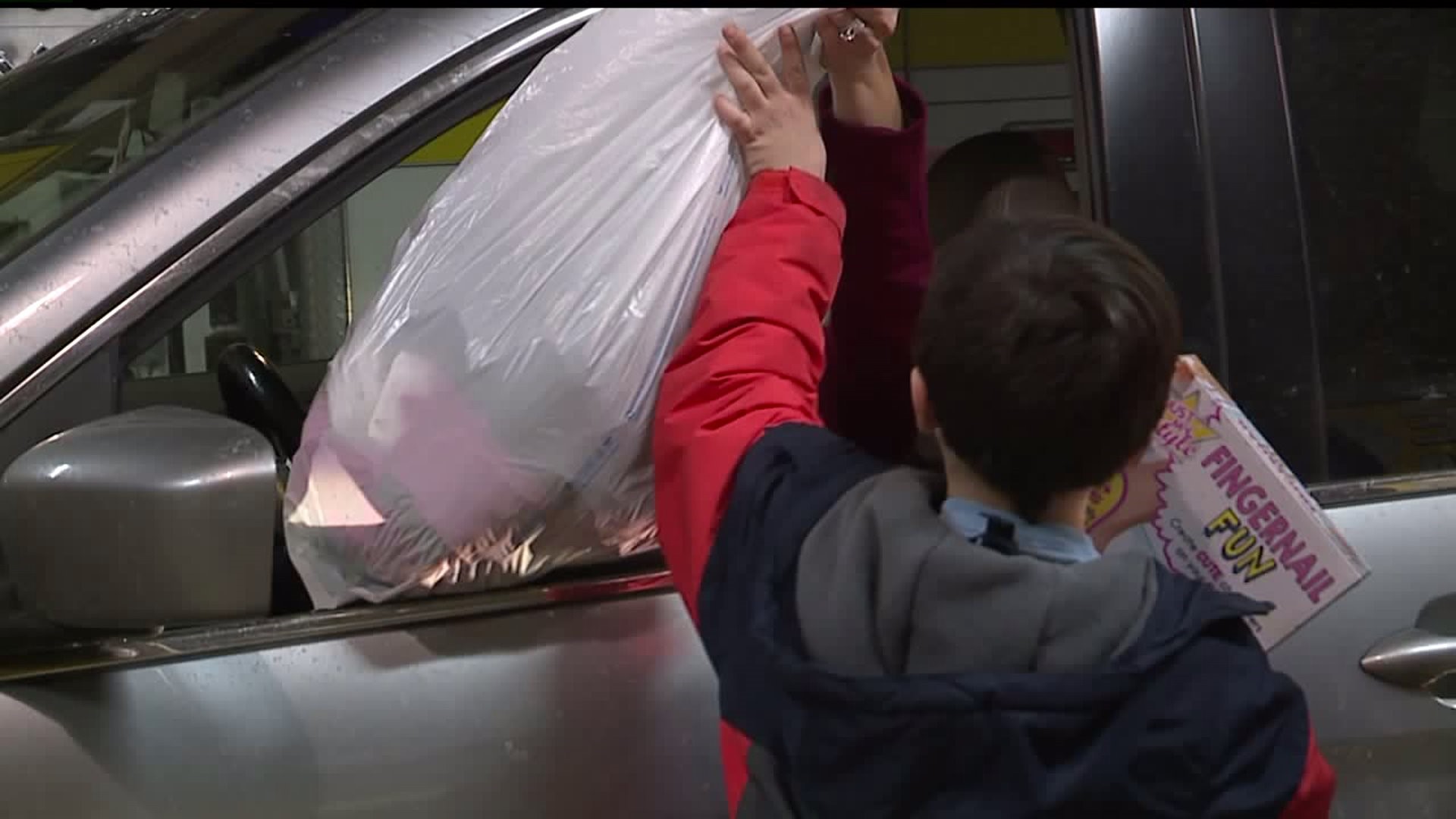 SPRING GROVE, Pa. - Thousands of dollars and hundreds of items were collected Wednesday night in a donation drive for the family of Samantha Stein, the 24-year-old woman killed in her home on Saturday morning.

"[We] got some donations together," said Tammy Butts, a Hanover resident who donated to the drive. "It's really sad what these kids are going through, and everyone should give a little bit of what they can."

The response has been overwhelming, organizers said.

"It's still the same type of community, even though the faces have changed, and the style of people has changed, they're still giving people who are really out there to help each other out," said Brent Auchey of Spring Grove EMS.

For Kathy Wolfe of Hanover, she says going through a tough time can make one sensitive to the plight of others.

"I have a grandson with leukemia and you learn a lot," Wolfe said. "Life's too short, so it's time to share the wealth, however you can."

Members of the local Boy Scout and Girl Scout troops, along with their parents, volunteered to support the EMS workers collecting the donations.

"We love to help out, and we're Boy Scouts, so that's what we do," said Hayden Taylor, a member of the Boy Scout troop.

Some of the volunteers had to do a double take, when they thought they saw Santa in one of the cars driving up. Instead, it was Michael Leik of York, wearing a red jacket and a Santa hat, who donated several items and passed out candy canes to the children.

"I lost my grandmother to murder, and this brings some of those emotions back," Leik said. "[It] makes you want to do something for somebody to make them feel better."

Volunteers said they were grateful for the outpouring of support from the community.

"I think they deserve to be on Santa's nice list for helping out people," said Eric Costa, a Boy Scout member who volunteered at the event.

Spring Grove EMS on Main Street and Dollar General on Thistle Hill Road are still collecting items and money for the family until Saturday, when they will be delivered to the family.

Their clothing sizes are below for anyone who wishes to donate: