HARRISBURG, Pa. – With the stroke of a pen, Governor Tom Wolf signs an executive order to reduce gun violence in Pennsylvania. “We need to protect a... 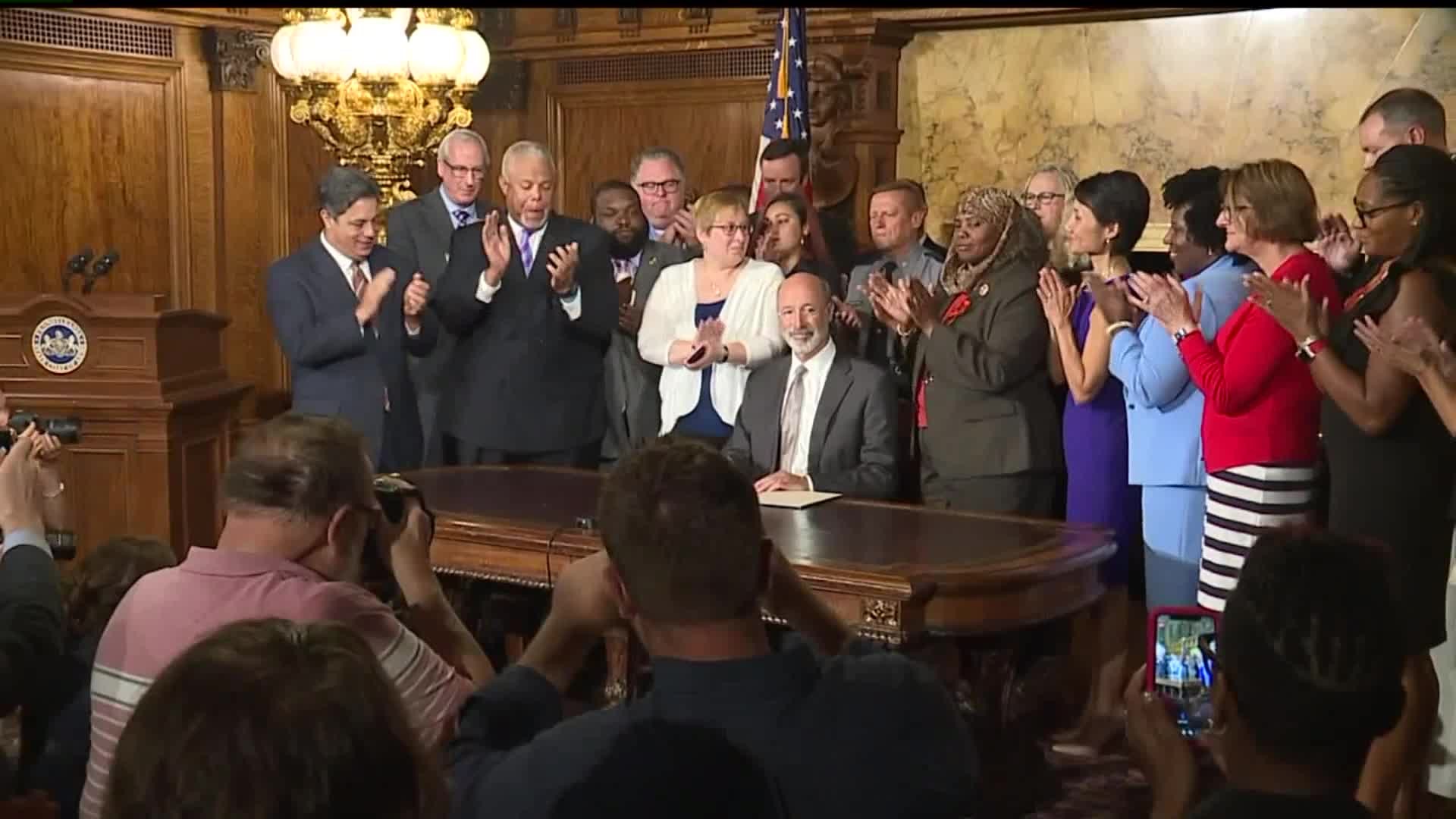 HARRISBURG, Pa. - With the stroke of a pen, Governor Tom Wolf signs an executive order to reduce gun violence in Pennsylvania.

"We need to protect all of our lives," said Gov. Wolf. "Everywhere in Pennsylvania."

Many supporters say this order is the first of its kind, nothing like it ever enacted by a president, governor or mayor in the U.S. The order contains five key parts:

'All of the actions I'm taking," said Wolf. "They strike a balance between freedom and safety."

Public safety is a core function of government, and one life lost to violence is one too many. Gun deaths have impacted every community in the Commonwealth and the House has consistently worked to address criminal violence. According to state police records, those reforms that have helped reduce violent firearm offenses by nearly 40% statewide since 2006.

The suspect in the Philadelphia police shooting has a long history of gun and violent crimes. He is in violation of several existing laws by possessing a firearm and violated dozens more when he opened fire. It proves once again that criminals will not follow changes we make to existing firearm laws, and we must examine the root cause of violence, distress and mental illness in our communities before we force changes upon the millions of Pennsylvanians who legally and responsibly own firearms and obey our laws.

We also encourage the Governor to join us in addressing suicide in Pennsylvania, which is the responsible for 60% of all gun related deaths in the Commonwealth.

Pennsylvania’s existing background check law already exceeds that of the federal government, and you can not buy a handgun from any dealer, private or public, gun show, store or elsewhere, without going through a background check in our state.

The House Judiciary committee held a series of hearings last session addressing gun deaths in Pennsylvania. Those hearings have resulted in more than a dozen bills currently working through the legislative process. Our committee leadership is working now to determine the next steps for many of these bills and we look forward to continuing to address violent crime, and how those responsible are held accountable.

The executive order in its entirety can be found here.