MIDDLESEX TOWNSHIP, CUMBERLAND COUNTY, Pa. — Recycling TV’s and other electronics can be a challenge for the people who want to get rid of them. Sta... 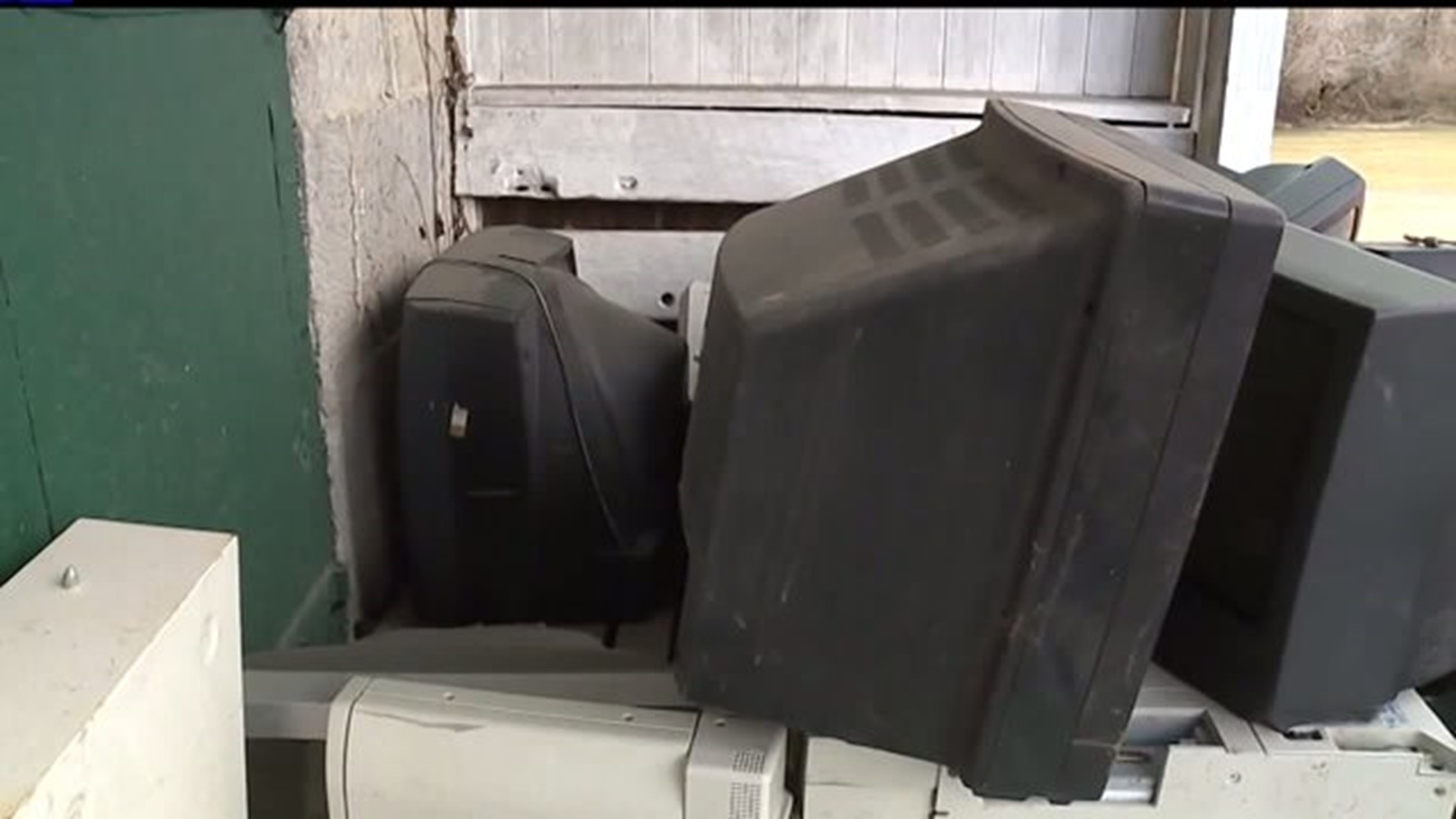 MIDDLESEX TOWNSHIP, CUMBERLAND COUNTY, Pa. -- Recycling TV's and other electronics can be a challenge for the people who want to get rid of them.

State law makes it illegal to put electronics in the trash. Recycling those items can often be a costly program for many Pennsylvania counties.

It can be difficult for people to find a new home for old TV's and other electronics in Cumberland County.

Cumberland County recycling coordinator Justin Miller said "I can't tell you the number of calls we get all the time. Largely driven by televisions. Televisions are the most challenging of the electronics."

Until it hired a contractor to do the job, the York County Solid Waste Management authority found recycling used electronics doesn't come cheap.

York County Solid Waste Authority Manager Ellen O'Connor said "had we not been able to do that, we would have been spending out of pocket, close to one million dollars this year for those expenses. What we're paying ECOvanta right now is around $8,500 a month."

A recent state law that made it illegal to dispose electronics in the trash, was supposed to make recycling better for the environment, but officials in many counties found it to do the opposite.

"People are finding their own disposal outlets which can be in the woods, along roads and streams, and then it's truly exposed to the environment," Miller said.

It's why Cumberland County plans to do some recycling of its own and re-purpose a county barn into a more suitable place for recycled electronics.

"Pennsylvania has a law that says manufacturers are supposed to fund electronics recycling. It's not working out very well. So what we're seeing is recyclers abandon that program and essentially go out on their own and charge fees," Miller said.

"I think it's a necessity, than 'oh let's do this.' I think counties and communities that are stepping up and saying we need to comply with the law. We need to find a way to do that. We need to be able to serve the needs of our residents," O'Connor said.

Officials said the center will charge 50 cents per pound, per item.

They propose to have the recycling center open two days a week, by late spring or early summer once commissioners approve the plan.

Adams County
There is no e-cycling program in Adams County. Residents who need to recycle electronics may take it to the Washington Township transfer station located in Franklin County.

"Currently recycling is made available through a combination of curbside and drop-off collection programs. The programs that do exist operate in 20 of the 22 municipalities."

The HHW Facility is open 5.5 days each week, and again, is free for Lancaster County residents only. E-waste accepted at the facility includes desktop computers, laptops, printers, keyboards, speakers, televisions, and mobile devices.