EPHRATA TOWNSHIP, Lancaster County — A little after 8:30 Monday morning, authorities were called to a house on the first block of Hoover Drive. They respo... 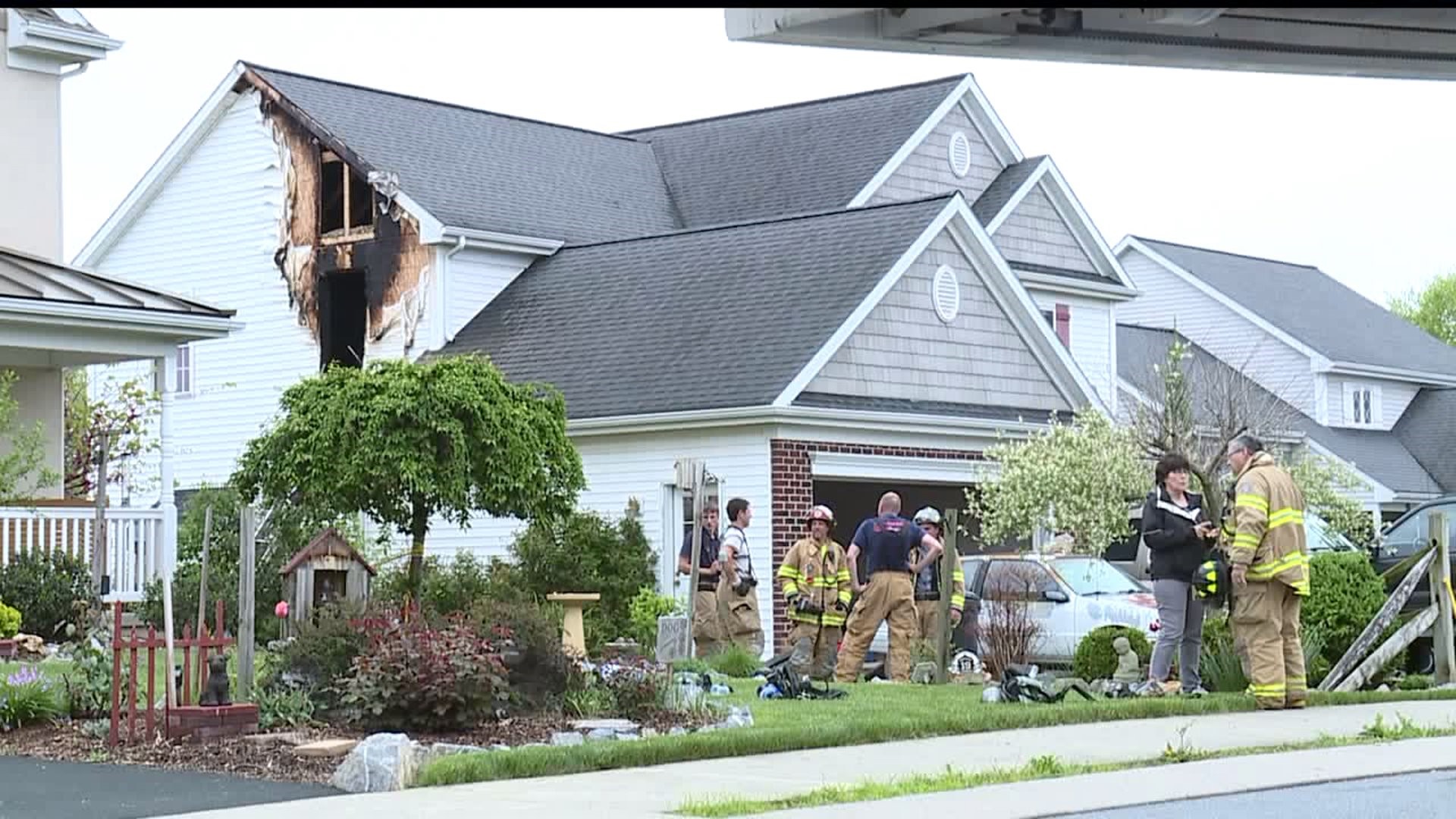 EPHRATA TOWNSHIP, Lancaster County -- A little after 8:30 Monday morning, authorities were called to a house on the first block of Hoover Drive.

They responded to a call from a woman about a domestic dispute.

When they arrived, Ephrata Police Chief William Harvey said the house was on fire.

“The male portion of it had barricaded himself in the home and was setting the home on fire,” said Chief Harvey.

Authorities say Michael Thomas Matthews, 51, locked himself in a room and when they arrived, half of the entire second floor was engulfed.

The woman was able to get out of the house and authorities say their children were at school at the time.

The family cat died in the fire.

After police were unsuccessful in rescuing the man due to the heat and smoke, fire crews eventually found the man inside a closet.

Chief Harvey said he was transported to Lancaster General Hospital with injuries sustained in the fire.

“Even though it is somebody who will probably be arrested…it was also, too, someone that needed to be saved. We do have a save or rescue, and that’s important,” said Harvey.

Neighbors next to the home say they never expected to see a situation like this.

“I would’ve never thought…I was shocked when I saw the fire,” said Cindy Danz.

“This is a great place. I know all my neighbors, we’re always out walking and it’s a very quiet neighborhood. Not much happens. Not usual, I guess, at all,” said Renee Weaver.

Harvey said this incident can send a message about domestic violence situations.

“Any weapon can be used to hurt somebody and in this case, it was fire. We take it extremely seriously and I think it’s a wake up point for anybody that’s involved in a domestic strife. Get help, get counseling and let’s not get to this situation again,” said Harvey.

A firefighter suffered an "over-exertion heat injury" but is okay.

This is an ongoing criminal investigation.