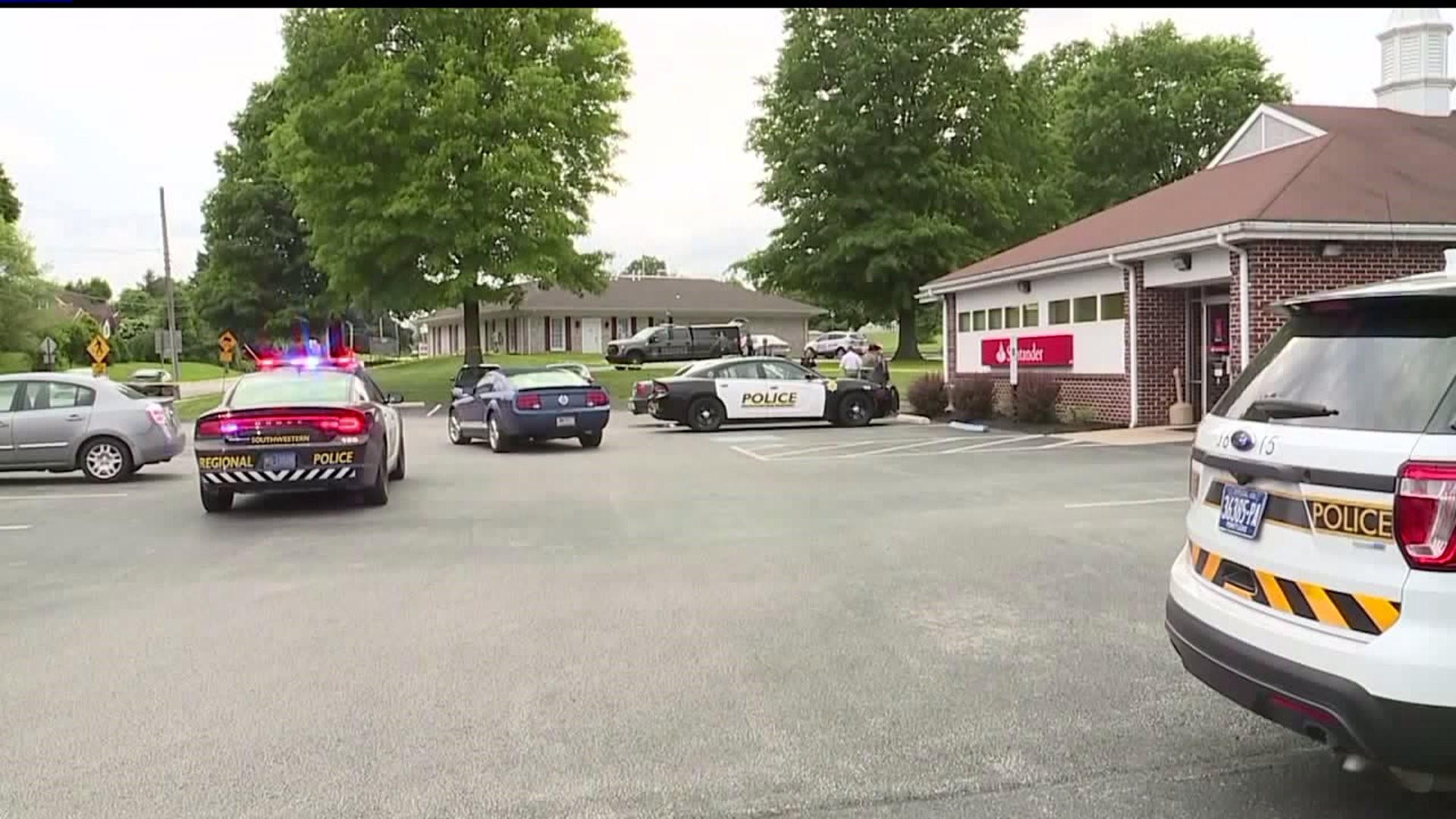 They say a confrontation started with a 33-year old Spring Grove man inside the bank and that a Southwestern Regional officer did fire his weapon "during the incident."

FOX 43 spoke with a witness over the phone who says he was inside the bank when the incident occurred.

He says the man was trying to withdraw money but didn't have an ID with him.

The witness said the man refused to leave, making employees uncomfortable, which led them to call police.

The witness then said when police arrived, they subdued the man, which included the use of a taser, before handcuffing him.

As the witness was leaving the bank, he said while officers were trying to get the man inside a police cruiser, one of the officers took out a pistol and shot the man in the leg.

He claims the shot came roughly 20 minutes after the man was handcuffed.

The man involved in the incident has not been identified.

The most recent update from authorities says the man is in stable condition at the York Trauma Center.

State Police say, at this time, they cannot confirm any details about the shooting as it is an on-going investigation.