The cost of raising a child these days is at an all time high. Between sports and college education, it’s enough to make your head spin. But some moms and... 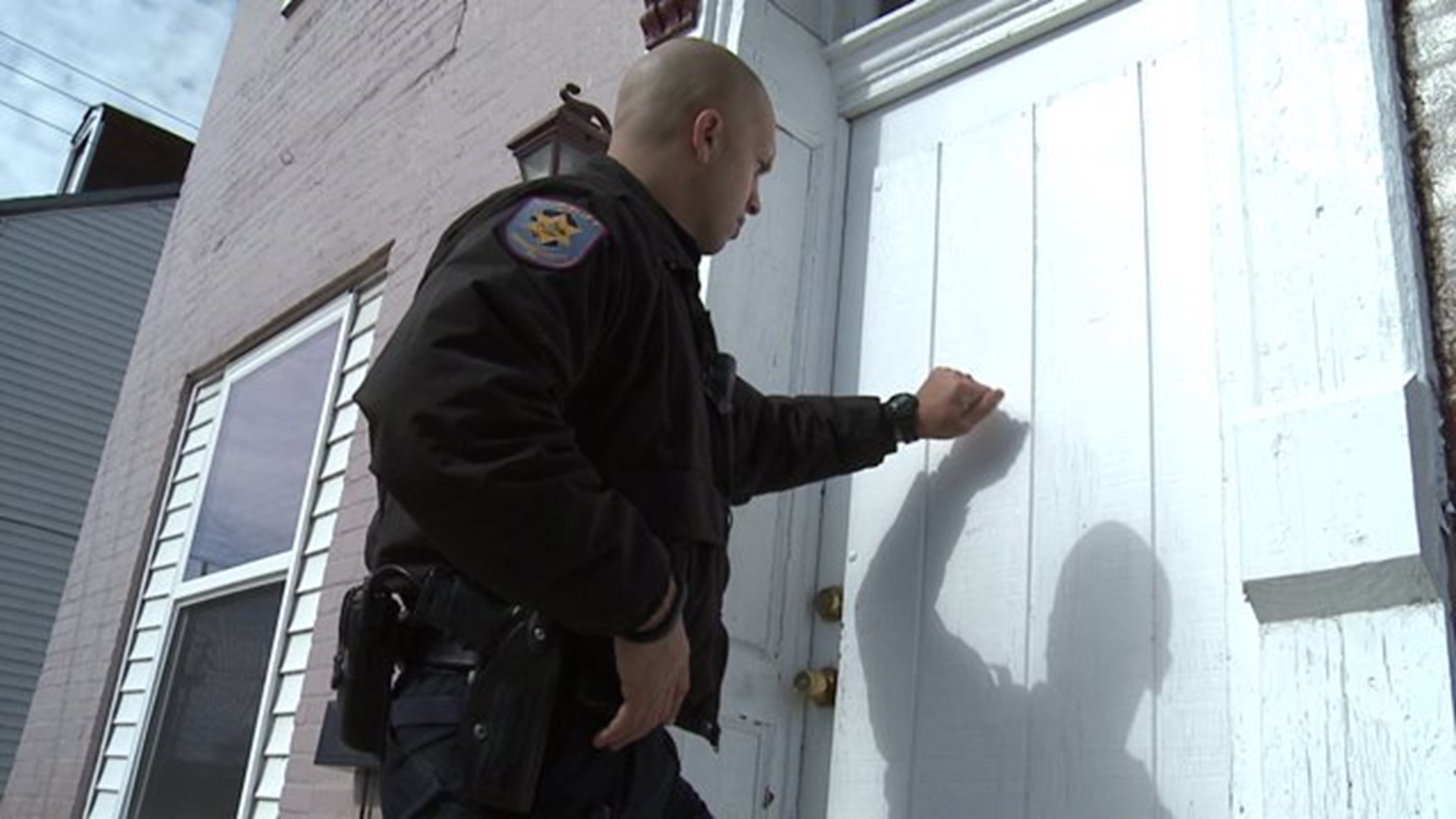 The cost of raising a child these days is at an all time high. Between sports and college education, it's enough to make your head spin. But some moms and dads do it by themselves because the other parent isn't pulling their weight. The Dauphin County Sheriff's Department is trying to crack down on parents who owe tens of thousands of dollars in child support.

"They're having an issue getting to the back, we're going to wait until we knock,"  said Deputy Daine Arthur.

They put their lives on the line.

But, this job is something they take pride in.

"You never know what you're going to encounter on the other side of that door. Some people will be friendly and then as soon as you enter their home their entire demeanor changes," said Arthur.

We rode along with the Dauphin County Sheriff's Department while they served domestic relations warrants, looking for parents who aren't paying child support.

"He's not here, no he's gone for a couple of days," said a mother of a son who owes child support.

"Ok, we have to come inside and check," said Arthur.

The warrant allows deputies to go inside and search. The places where some of these people hide may surprise you.

One of the most difficult parts of this job, the address on the warrant is rarely right.

"We hit so many warrants that sometimes you might forget that a house you hit 6 months ago is abandoned," said Arthur.

"Looking for Mr. Ramsey. Do you remember Donte?" asked a deputy.

"Do you have a forwarding address for him?" asked a deputy.

More often than not it's a parent's address that the wanted person gives law enforcement. It makes for some very frustrated grandparents.

"It's money for my grandchild - you know?! And I'm like you were well taken care of I don't understand what the issue is," said another mother of a son who owes child support.

Jack Lotwick has served as the Dauphin County Sheriff for 19 years.

Dauphin County collected 46 million dollars in child support in 2014. But, lengthy lists mean there's still more work to do. Some owe tens of thousands of dollars. About 600 warrants are outstanding right now, totaling more than 4 million dollars. So, the department is taking a new approach thanks to the ideas of the deputies that knock on doors everyday.

"They came to me and they said how about we go and we take it one step further and go after the dead beat dads," said Lotwick.

The county lists its most wanted criminals a website. Now, it's where you can find the county's domestic relations delinquents.

"For about every warrant that I'm taking out, I'm putting another one in," said Deputy John Stoner.

Dauphin County Judge Jeannine Turgeon is hoping this plus the combination of social media makes a difference.

"We want to use that same social media and network to help the community, help these children find these most wanted people who are not paying their child support," said Turgeon.

She's experienced moms and dads who badly need the money.

"In tears, desperate, don't know what to do, often they've spent their last dime taking off work just to be in court," said Turgeon.

Her message to deadbeat parents: "If you have 5 dollars to buy a drink then you've got 5 dollars a day to help support your child."

But, getting that 5 dollars proved very difficult the day we tagged along with the sheriff's department. In the four hours we were with them we heard this: "That's a bad address." "Alright let's go down here and pick something else," over and over again.

These deputies won't give up.

"Alright, moving on to the next one," said Arthur.

They hope these parents will do the right thing and pay up. They also hope you recognize a face and make a call, that could help a child.

"This is not the end of it, we'll just keep going until we find everybody that we're looking for," said Lotwick.

The Dauphin County Sheriff's Department says it's received about 50 tips since domestic relations warrants went up on the crimewatch website.