DUNCANNON, Pa. — A smallmouth bass with a big tumor on its lip… The Pennsylvania Fish and Boat Commission says lab tests confirm that a fish caught last N... 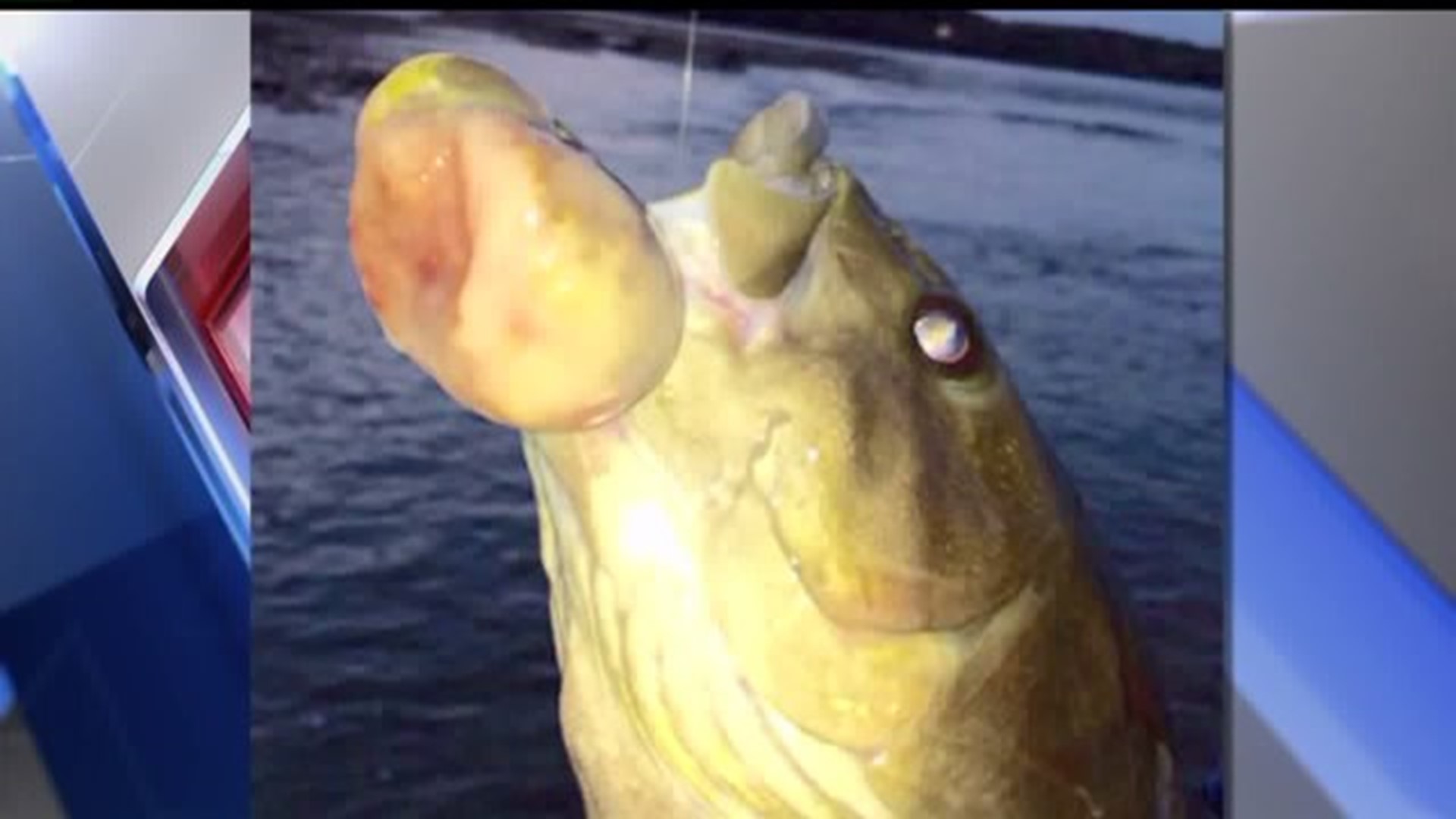 DUNCANNON, Pa. -- A smallmouth bass with a big tumor on its lip…

The Pennsylvania Fish and Boat Commission says lab tests confirm that a fish caught last November on the Susquehanna River near Duncannon tested positive for cancer. The commission says it's rare but anglers aren't surprised.

Jacob Myers and his family have been fishing on the Susquehanna river for decades. He joked about the abnormalities in the fish he's caught over the years.

"You know, we're just waiting to catch one with 3 eyes," said Myers.

Although the small mouth bass caught in November of last year may look surprising to some, to anglers, unfortunately, it's normal.

"If you go up to Sunberry where Juniata lets in you can just see there's a big clean mark into the Susquehanna where the Juniata lets in and then it's all muddy. It's pretty bad but it's what we've got to fish," said Myers.

We've told you about pollution in the Susquehanna before. Two years ago the Pennsylvania Fish and Boat Commission sought to have the waterway declared impaired. But, the Department of Environmental Protection doesn't agree. They've said there's not a clear distinction between whether there's water quality issue or if it's a bass problem.

Either way, folks we spoke with would never eat a fish from the river. For them, it's just catch and release.

"I feel that it's unsafe. If we were to catch a fish you would see the spots and stuff that are already on the bass. It just - that right there is enough for me. I wouldn't dare," said Aleem Harden, from Harrisburg.

The executive director of the Fish and Boat Commission says if the water quality issue isn't addressed, Pennsylvania risks losing what is left of what was once considered a world-class  smallmouth bass fishery.

The commission is urging the DEP to add the Susquehanna River to its list of impaired waters.