As the pandemic drags on, experts are seeing a rise in mental health issues in children. 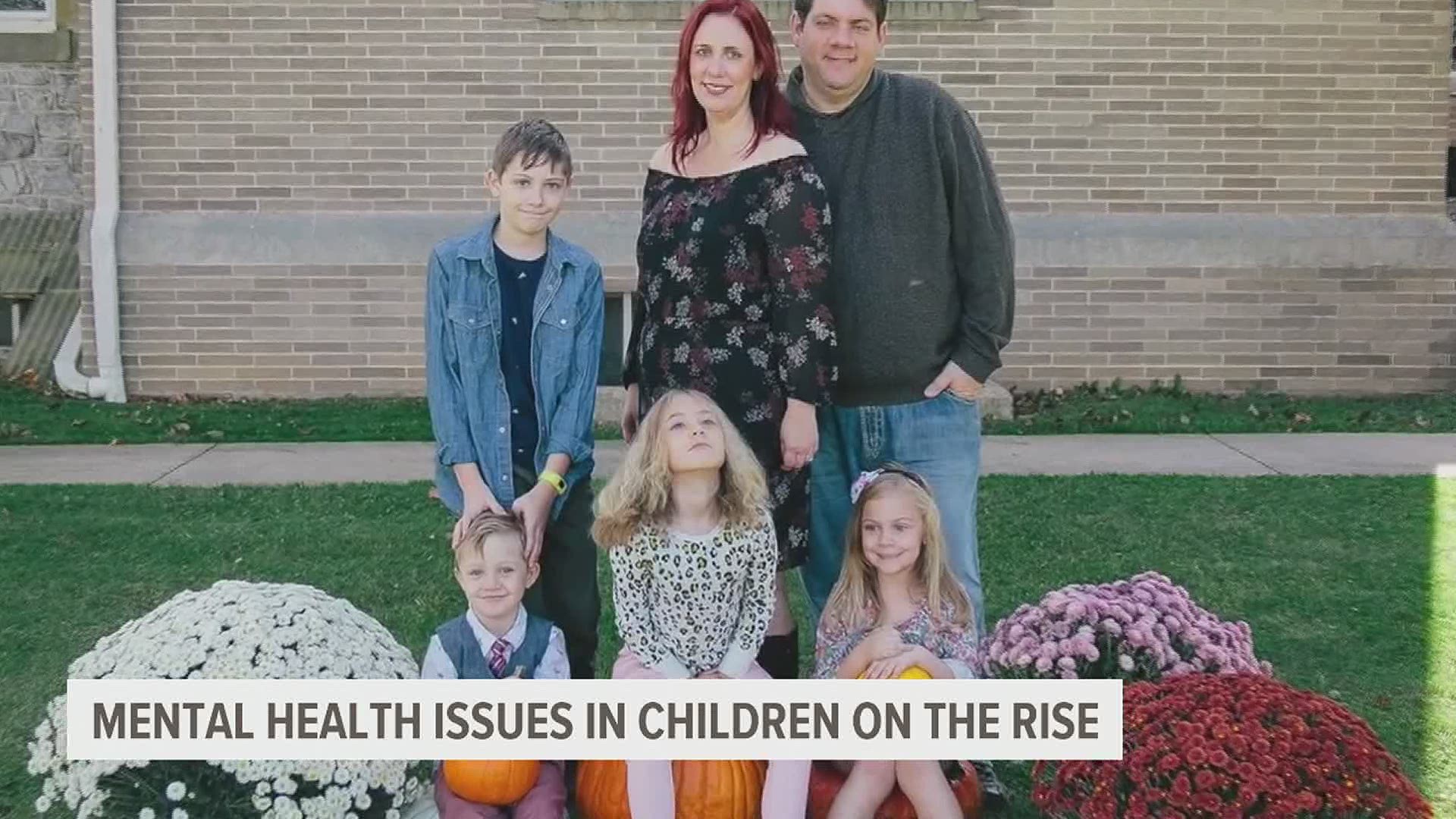 YORK, Pa. — About 1 in 5 young people have a mental health disorder. From anxiety to depression, experts are seeing even higher numbers since the pandemic began.

However, Traci Rodkey says her now 9-year-old daughter though, has struggled since way before this past March.  Traci says she and her husband Chris knew something was different about her 9-year-old daughter Annaliese, when she was just 4.   "She was cutting her hair, she was regressing to her room. The one time she drank an entire bottle of children's Tylenol.  We were in the ER for all of these things and it just wasn't normal.  She was so impulsive that she could be a danger to herself and the other kids in our house," said Rodkey.

A doctor eventually diagnosed Annaliese with Attention Deficit Hyperactivity Disorder. Getting that help though, wasn't easy at such a young age. Most doctors won't test for ADHD until children are 8, so Traci was forced to find help outside of York County at Penn State Children's Hospital for Child and Adolescent Psychiatry.

Child and Adolescent Psychiatry
Penn State Children's Hospital provides only the best for your child. We are committed to the highest-quality treatment and support which focuses on the unique needs of your child and family. Penn State Children's Hospital is routinely ranked among the best children's hospitals in the nation due to our focus on patient care, safety and research.

"We do on-going therapy, you know, to try and get this all out in the open, it's important," she said.

ADHD is one of the top 4 mental health diagnoses seen in children. The others include Generalized Anxiety, Oppositional Defiant Disorder, and Childhood Depression.  "Kids can be diagnosed with anxiety and depression as young as kindergarten," Rodkey said.

Dr. Casey Flanscha is a clinical psychologist at Laurel Life Behavioral and Educational Services. says they are seeing a rise in both conditions in children since the pandemic began.  "It is causing a lot of changes in their temperament as we are cutting off all their outlets," she said.

However, Dr. Flanscha also said it's not just the virtual learning and lack of socialization that is causing problems. Little kids especially, take cues from their parents, many of whom have had a pretty stressful 2020.

"They can feel anxiety, they're the ones that are like the temperature gauge of whatever feel is going on in the house," Dr. Flanscha said.

Dr. Flanscha says there are several warning signs to look for to know if your child is struggling with a mental health disturbance, including a change in their appetite, patience or personality.  "If your child was you know pretty easy going and sort of go with the flow, and all of a sudden they are just really resistant to any kind of change in routine, any unwanted requests, those are the things you want to look for," she said.

If you suspect problems, she suggests to start by calling your child's pediatrician or county mental health office for additional guidance on available resources.

Traci says, whatever you do, don't ignore the problem.  "If you have a gut instinct that something just isn't right, act on that gut instinct and if people don't listen to you, go somewhere else. I think that we can't act or not act out of a place of fear, because that only hurts our kids."

If you or someone you know is struggling with thoughts of suicide, contact the National Suicide Prevention Lifeline at 1-800-273-8255.