CARLISLE, Pa. – Tuesday was day two of a sit-in protest at Dickinson College. Students have been demanding changes be made to the way the college handles... 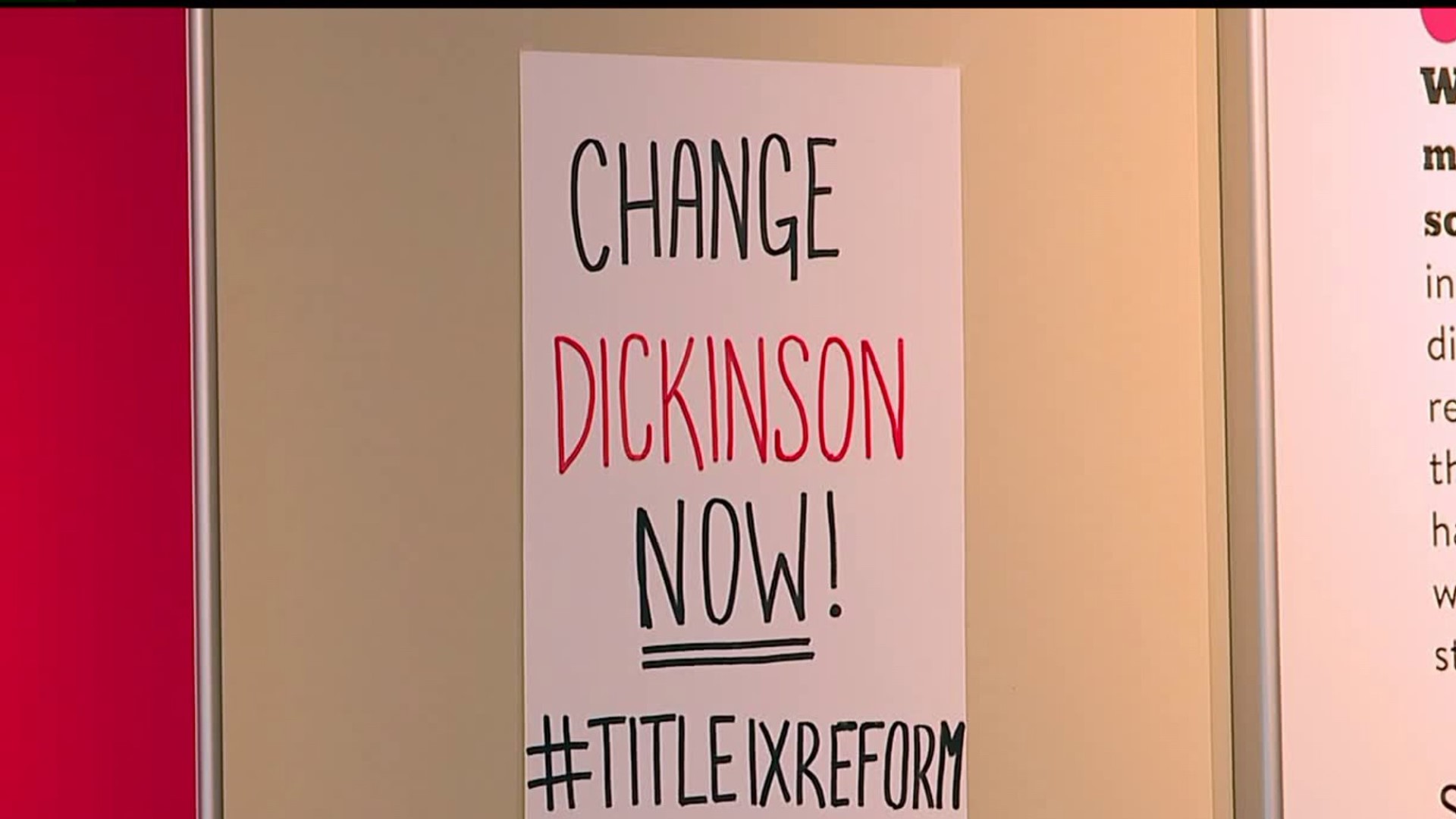 CARLISLE, Pa. - Tuesday was day two of a
sit-in protest
at Dickinson College. Students have been demanding changes be made to the way the college handles sexual assault allegations. It's called Title IX reform. It protects people from discrimination based on sex in education programs that receive federal assistance.

Most of the students have been at the sit-in since 10 a.m. Monday, Like Josie Cook.

"As everyone was getting ready to sleep it was very clear we're in this for the long haul," Cook said. "The amount of people that have come back on the second day is absolutely incredible."

"What happened here should not happen to any student," Margee Ensign, President of Dickinson College, said. "It happened several years ago. And while we've made some changes we clearly have not made enough. And their input has been incredibly positive."

Some of the demands met include: resolving Title IX investigations within 60 days, removal of no contact directive must have permission from both parties, and any cases of rape must result in expulsion.

But at noon Tuesday, the students were chanting, and demanding the conversation be furthered, just as a faculty meeting was about to begin. FOX 43 was asked to leave.

"There have been certain responses from the administration that we've clearly not been happy with," Cook said. "And that's why we're still here. But I think overall it's been, again, better than I expected but not as good as I would've hoped."

"I think we'll get to some resolution today, but I think this will be an on going dialogue to make sure that our policies and procedures really respond to everything that we're seeing here," Ensign said. "This is what should happen everywhere in the world where there are issues to tackle."

Students said they still want to discuss the remaining 8 demands. The school hasn't said "no" to any of them, but they said they want definitive answers before they end the sit-in protest, which means the  students will likely continuing the protest Wednesday.