The late Supreme Court Justice's family honored her love of opera during opening night of the 2021-22 season. 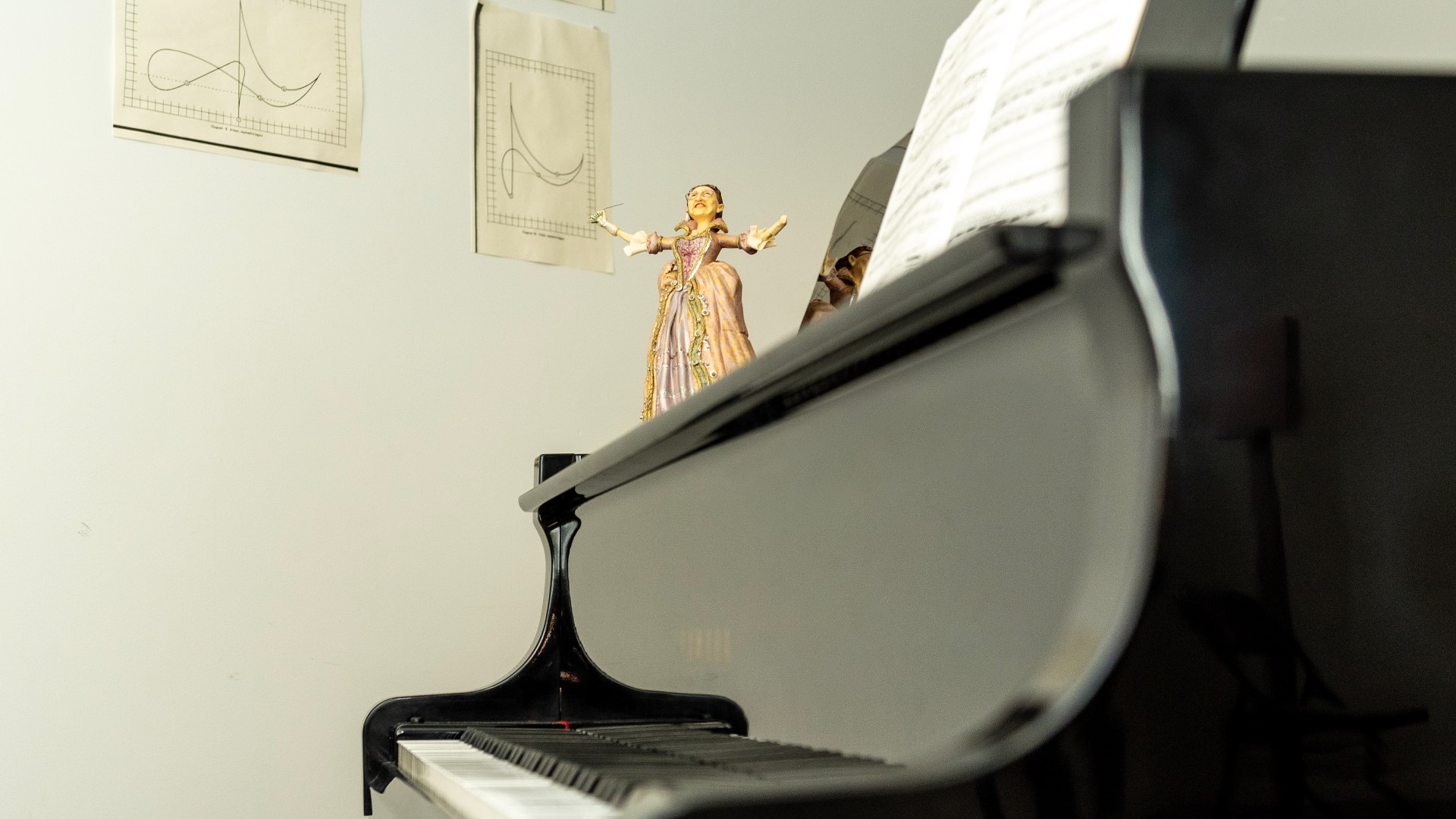 WASHINGTON — The Washington National Opera made its triumphant return to the stage at the Kennedy Center over the weekend, and the opening night festivities included a tribute to the late Supreme Court Justice Ruth Bader Ginsburg.

The Saturday event included a performance of "Coming Home: A Celebration of Return," a concert performance of excerpts highlighting liberty and artistic idealism, themes embraced by John F. Kennedy, the Kennedy Center said in a release.

Ginsburg, a champion of the WNO and a dedicated arts supporter, was celebrated in a musical performance of her favorite works. Her family also honored her love for the WNO with a gift to the company of her piano, her costume from her appearance in a WNO production of the Daughter of the Regiment in 2016, and some of her personal opera recordings, books and memorabilia.

“I can think of no organization better suited to present such a tribute concert than Washington National Opera,” said James Ginsburg, Justice Ruth Bader Ginsburg’s son. “I greatly look forward to seeing these tribute performances by some of my mom’s favorite singers.”

Credit: Caitlin Oldham for the WNO

The evening also included an announcement of the newly renamed Justice Ruth Bader Ginsburg Studio and Music Library at the WNO's rehearsal studio in Takoma Park. Ginsburg's piano is in use there, and her items will be on display for WNO's artists and guests.

“Ruth Bader Ginsburg was one of the greatest advocates for our art form,” said Artistic Director Francesca Zambello in a statement. “She also made all of us better artists through her high principles and inspiring way of living. With her in our audience, we wanted to do our best to elevate ourselves to her level. Thanks to this gift of her piano, WNO artists are connected to her passion and legacy as they prepare for roles and future careers for generations to come."

The family of the late Justice Antonin Scalia also payed homage to the two justices’ unconventional but long-standing friendship with a donation to WNO. The gift, in honor of WNO’s tribute performance to Justice Ginsburg, was made by Trish and Gene Scalia, in loving memory of Justice Scalia and Justice and Marty Ginsburg.