A code orange air quality alert is in place through Wednesday night. Sensitive groups should limit their time outdoors due to the pollution. 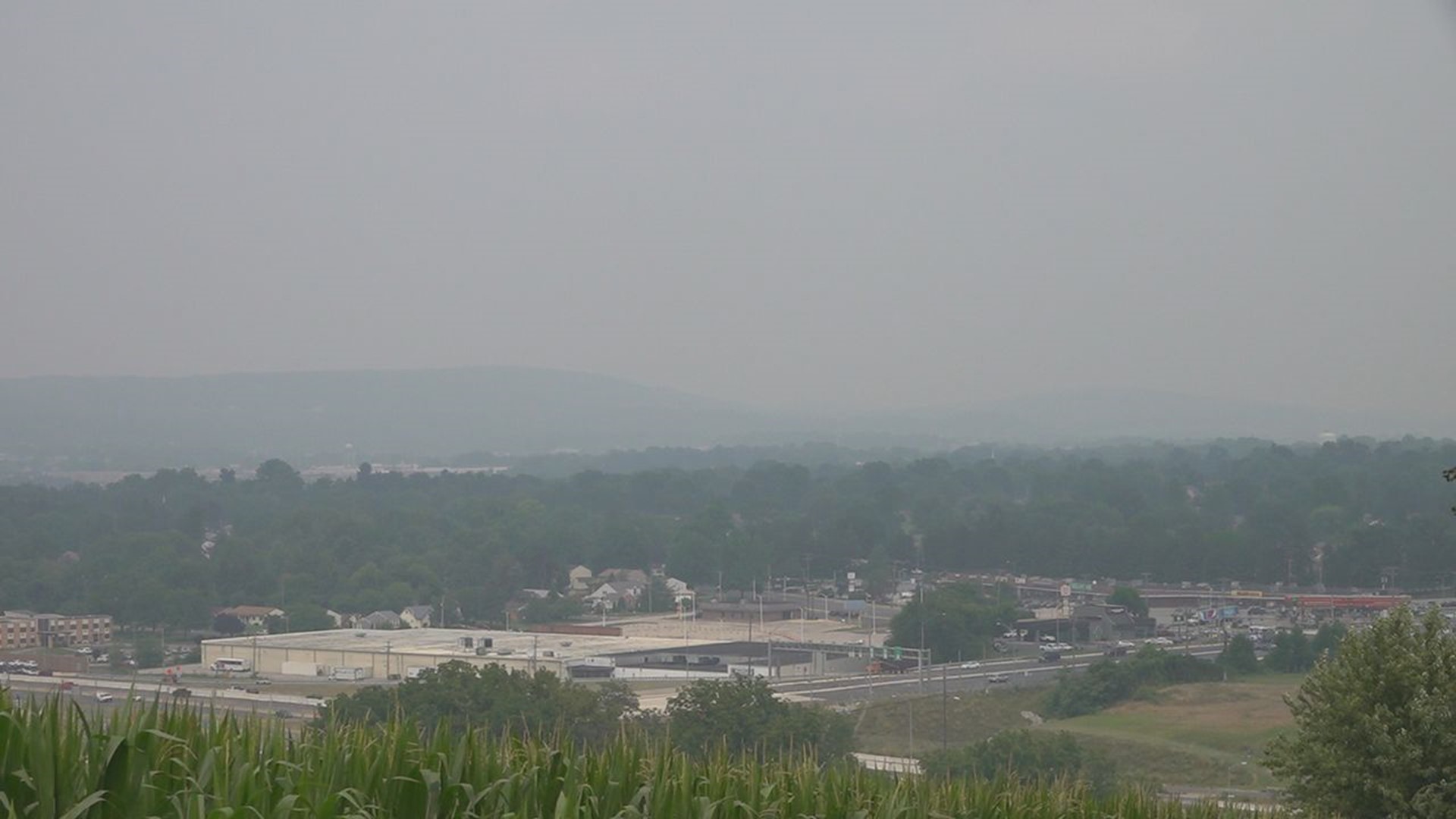 YORK, Pa. — Our blue skies have turned grey this week due to smoke from wildfires in Canada. The jet stream is able to carry the smoke thousands of miles into the eastern United States. This causes an increase in fine particulate matter from the smoke in our air.

Because of this pollution, the Department of Environmental Protection has issued a code orange air quality alert for Cumberland, Dauphin, York, Lebanon, and Lancaster counties as well as points further east.

DEP advises young children, the elderly, and people with chronic illnesses or respiratory illnesses to limit their time outdoors. Exposure to this pollution can have negative consequences.

“They are more likely to experience angina, which is chest pain, or even heart attacks and sometimes people do die prematurely.”

Stewart also says that children can be more susceptible to the poor air quality than adults, as their lungs have not yet fully developed.

“Children are also more likely to be playing outdoors, exercising, and not paying attention to their symptoms. So they’re more likely to keep on playing even though they’re having trouble breathing.”

We have seen air quality action days issued in the past and it is something that could see more of in the future.

“It’s certainly something that the Lung Association is concerned about this phenomena because we know that as climate change causes much less precipitation in the western states, as temperatures rise, that all increases the risk of wildfire and air pollution doesn’t stay in one place, it moves downwind and air tends to move from west to east," Stewart says. "So there is absolutely a chance that we could experience something like this again this summer and in years to come.”

Both Stewart and the Department of Environmental Protections recommend staying in touch with the forecast to stay up to date on any air quality issues as they come.