Wildfire smoke keeping haze in Central PA for the next couple of days, could return

The haze is not harmful to your health in Pennsylvania, but it has changed the Weather Smart Forecast this week. 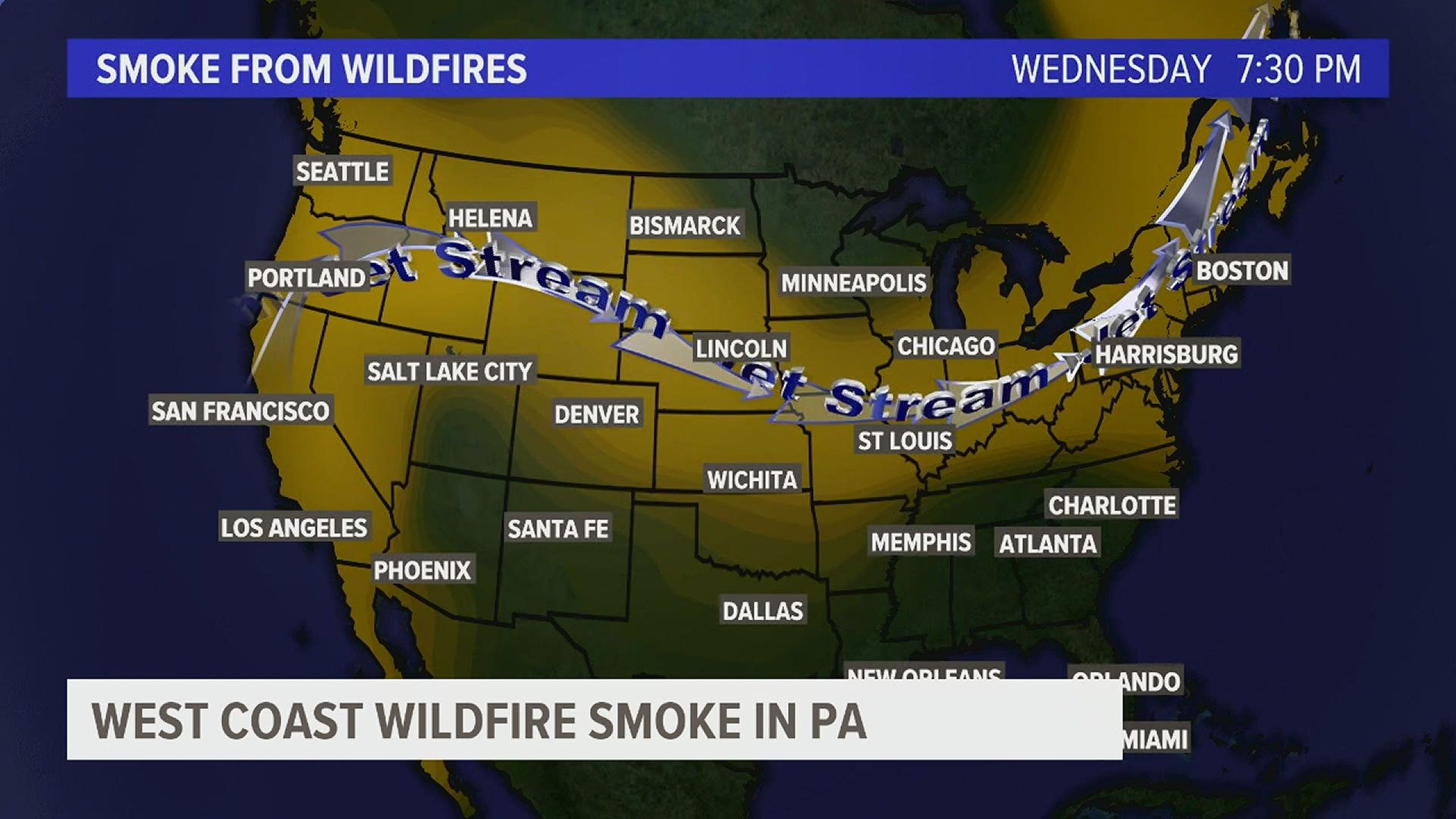 HARRISBURG, Pa. — Step outside and you likely have noticed the haze at all times of the day this week.

Viewer pictures poured in with an orange tint in the sky across our area this week. Tuesday and Wednesday were supposed to be the sunniest days of the week, but haze caused by the wildfire smoke along the West Coast impacted our area.

The smoke hit the jet stream and pushed east, something meteorologists at the National Weather Service in State College have been monitoring.

However, officials say this haze is too high up in the atmosphere to be harmful to your health.

"The height of this smoke is about 25,000 feet up. It has no impact on our health or air quality," Banghoff said. "If anything, it's almost having a positive influence on our weather in a way. Things like heat index, humidity, we're not having a lot of the extreme heat."

And those influences have certainly changed our numbers in the Weather Smart Forecast this week.

"There are some small tweaks and adjustments we've had to make," Meteorologist Andrea Michaels said. "Really we've just been shaving a few degrees off of temperatures. It would depend on the situation, but since we would otherwise see full sunshine in our area, it's really 2-3 degrees or so where we really have had to do that."

However, the morning lows have not been influenced. The incoming sunshine to warm us has to push through the haze from the Sun. However, the longwave radiation from the Earth is already below that haze, and all it wants to do at night is rise above the surface. It doesn't have to penetrate the haze to cool us, just rise up high enough into the atmosphere.

As the jet stream pushes south this weekend, the smoke should fade. It could return, though, if the jet pushes back north and the fires continue to burn.

Peak fire season for Pennsylvania is October. Stay tuned for updates, especially with field moisture, relative humidity and more as we dry out in the Fall and monitor fire season here at home.