August and September prove crucial for the colors we see, even after one of the warmest, wettest summers on record. 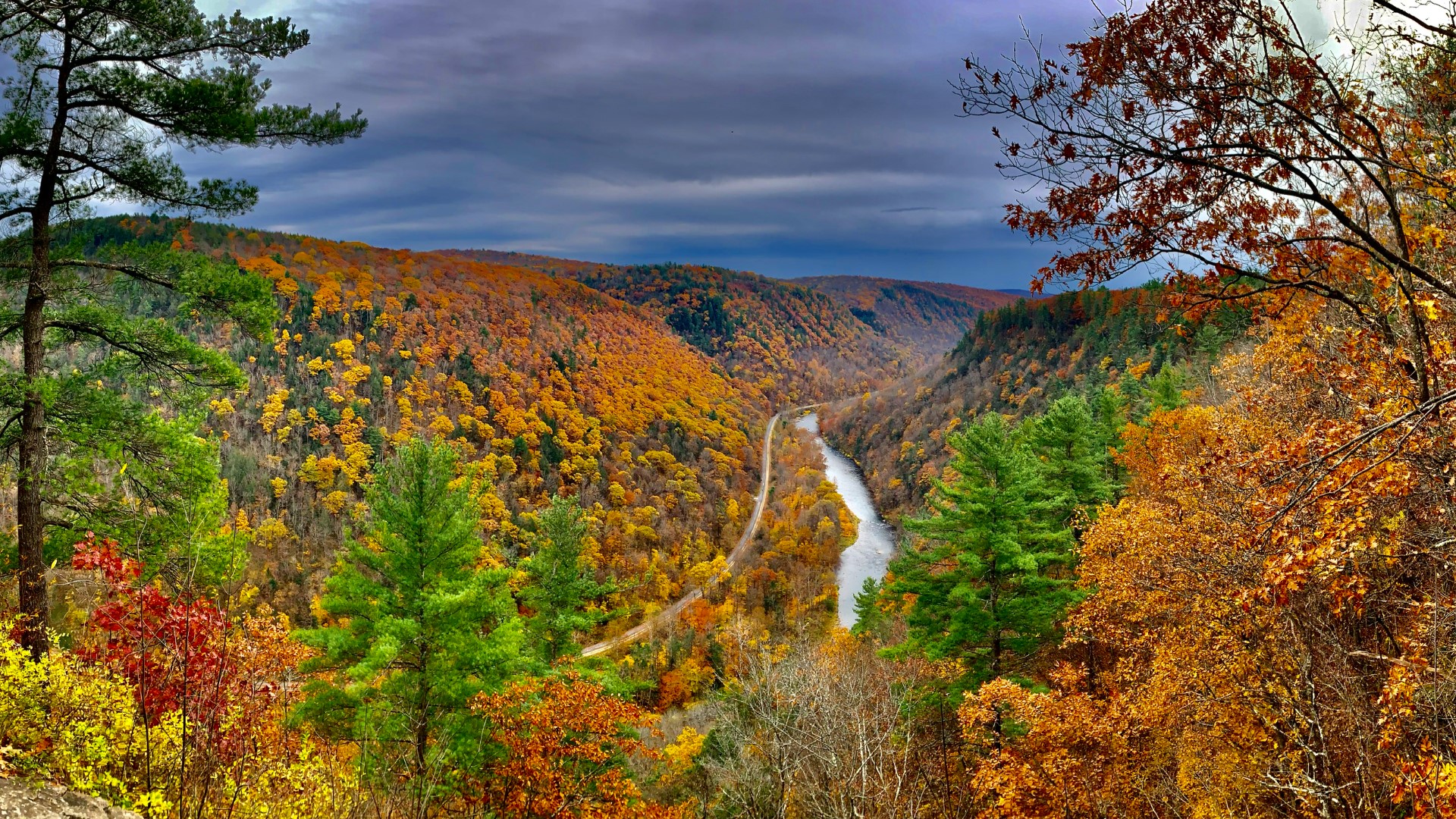 MILLERSVILLE, Pa. — The most colorful time of the year is almost here, as more and more leaves change from green to yellows, reds, oranges and more. The reason the trees go through this process is pretty simple.

"Over the years, plants have adapted themselves to sense when the days are getting shorter and the nights are getting longer, because what's going to follow that are the snow and ices. They want to lose their leaves before they come," Dr. Christopher Hardy, a biology professor and Curator of the Millersville University Herbarium said.

It's truly an act of self-preservation through evolution.

"If they get caught with an early snow or ice, those leaves provide a lot of surface area. All that snow and ice is gonna weigh down the branches considerably," Dr. Hardy said.

The reduction of the amount of daylight is the primary catalyst for why trees lose their leaves. But, it can also be affected by other factors, especially temperature and drought.

"Dryness is something that stresses plants. Leaves are a big liability when it comes to water loss," Dr. Hardy said.

However, what affects the specific colors that we see? Turns out, as long as we don't have a drastic drought in the summer with close-to-usual temperatures, most of the year only plays a minor factor. However, late August and September prove crucial.

"If we have some cooler temperatures and drier weather as we approach the fall, then that will accelerate leaf drop," Dr. Hardy said.

Credit: WPMT FOX43
We were short more than two inches of rainfall between Sept. 1 and Oct. 1.

September was short more than two inches of rainfall, which ended up putting us below average for the year at the time. Add on morning lows in the 30s and low-40s for several days the week of September 19th, it likely did affect the leaves.

That accelerated the peak of fall foliage by a week. October 18-24th will most likely be the time we see the most pure color across our area.

As far as colors, there are three main classes.

Credit: WPMT FOX43
There are three broad types of leaves we see in the Fall.

1. Chlorophyll - a byproduct of photosynthesis where the plants create sugar. We got that most of the year for green leaves.

2. Carotenoids - usually covered by the chlorophyll, but these are revealed as sugar production for the trees wane. This is where you see the oranges and yellows.

3. Anthocyanins - reds and violets that are a bit more complicated. Here's what Dr. Hardy had to say about them.

"During the Fall when we have warm, sunny days. The plant is photosynthesizing. At night, when we get those cool temperatures, the veins close up and instead of transporting the sugars through the plant, the sugar gets trapped in the leaf. They get transformed in the anthocyanins," Dr. Hardy said.

You can especially see those in sugar maples, sweet gums and even some oak trees.

"Regardless of the causes of climate change are, we do know the temperatures are warming. It's taking longer and longer to get those cooler temperatures. That is going to lead to a delay in the leaf drop every year," Dr. Hardy said.

"Eventually what's going to happen is, those plants that keep their leaves a little longer despite changing day length, they're gonna be selected for because that snow isn't coming as early. They can afford to keep their leaves later," Dr. Hardy said. "Over the eons or millennia, you would expect to see some adaptations that lead to trees that keep their leaves longer and longer, if in fact there is a substantive change over the warmer fall season.

The FOX43 Weather Team would love to see every and all fall foliage pictures you can take throughout the month! Send them to us with the new "Near Me" feature on the FOX43 App. Your photos not only will stay on the app and be able to be identified to your township, street, even your neighborhood, we may even use them on-air and online as well.

RELATED: Share news you see through the FOX43 app