A city in Pennsylvania was dubbed the #1 Allergy Capital in the U.S. for 2021.

Just in case you haven't noticed -- though we certainly have at the Long household -- allergy season is in full swing.

Allergies come and go depending on the growing season. Some people are worst in the Spring, others later in the year. According to the CDC, more than 25 million Americans suffer from seasonal pollen allergies.

According to a new study, when you talk growing season, you now talk about rising global temperatures.

The United States Department of Agriculture defines the growing season as the part of the year when soil temperatures 20 inches below the surface are higher than biolgic zero (41°F).

And we know this to be true -- even in Central Pennsylvania.

We even have broken records for the warmest low temperatures multiple times in the past few years.

Our partners at Climate Central examined the length of growing season for more than 200 locations. Over the past 50 years, the season grew longer in 82% of those places. Some by a month, some by several.

The city that has seen the largest average temperature increase in Spring and Fall? Scranton--now dawned the No. 1 "Allergy Capital" by the Asthma and Allergy Foundation of America.

Allentown, in Lehigh County, rounds out the top 25.

And while you may think that a longer growing season could enable us to absorb more carbon dioxide as the planet's natural reaction to the increase in the gas, that remains to be seen. The Environmental Protection Agency (EPA) says that while a longer growing season could allow farmers to diversify crops, it could also encourage invasive species goth and increase irrigation demand.

But we do know that warmer temperatures not only adjust the start/stop time of pollen season, but they intensify it. The amount of carbon dioxide in the air impacts overall pollen concentration, as the gas generally is believed to stimulate plant growth. The health impact here simply is worsening allergies for a longer amount of time.

Credit: Climate Central
As CO2 levels rise, pollen has over the last century.

We also know that a changing climate impacts plants in other ways.

Last year, I spoke to a Millersville professor on tree leaf drop and climate change's effects on our fall foliage.

"Regardless of the causes of climate change are, we do know the temperatures are warming. It's taking longer and longer to get those cooler temperatures. That is going to lead to a delay in the leaf drop every year," Dr. Christopher Hardy said.

And weaker trees that hold onto their leaves will be more heavily impacted by swings in temperature or an early first snow, potentially causing damage both to the tree itself and your property.

"If they get caught with an early snow or ice, those leaves provide a lot of surface area. All that snow and ice is gonna weigh down the branches considerably," Dr. Hardy said.

And unfortunately, allergies cost money. As of 2020, it was an $18 billion industry.

It all comes back around to the wallet somehow.

There are new analyses that suggest if the U.S. meets the goals of the Paris Climate Accord and reach net-zero emissions by the mid-century, fewer allergy and asthma problems could be a result.

If there's less carbon, there will be less excessive pollen, and therefore less sneezing, the thinking goes.

As always, the discussion continues. We're not done talking about the effects warmer temperatures have on us in a variety of ways.

For now, grab an extra tissue or two. 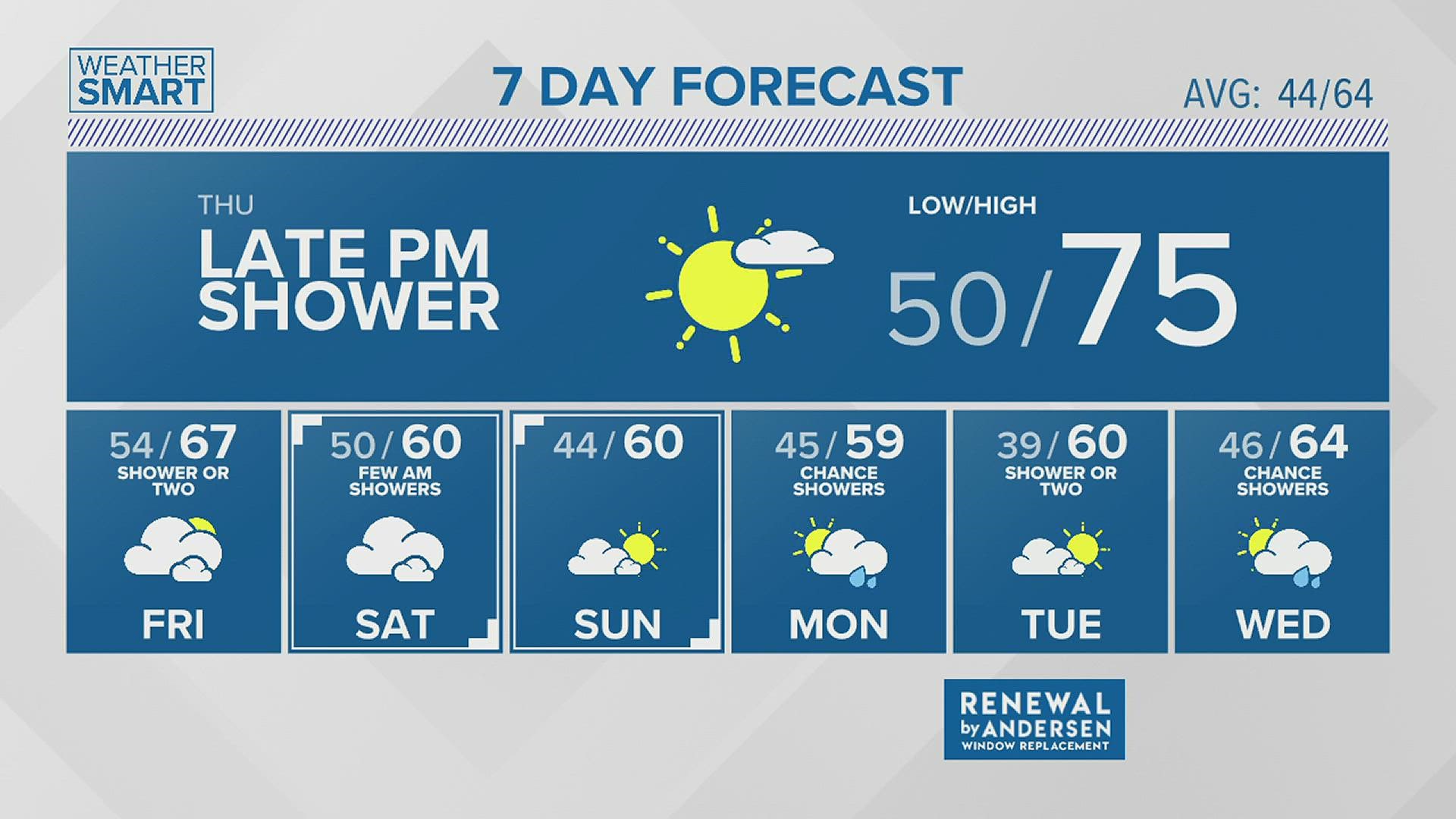