The sun has been in a solar minimum in recent years, but with the start of a new solar cycle, activity is expected to ramp up again. 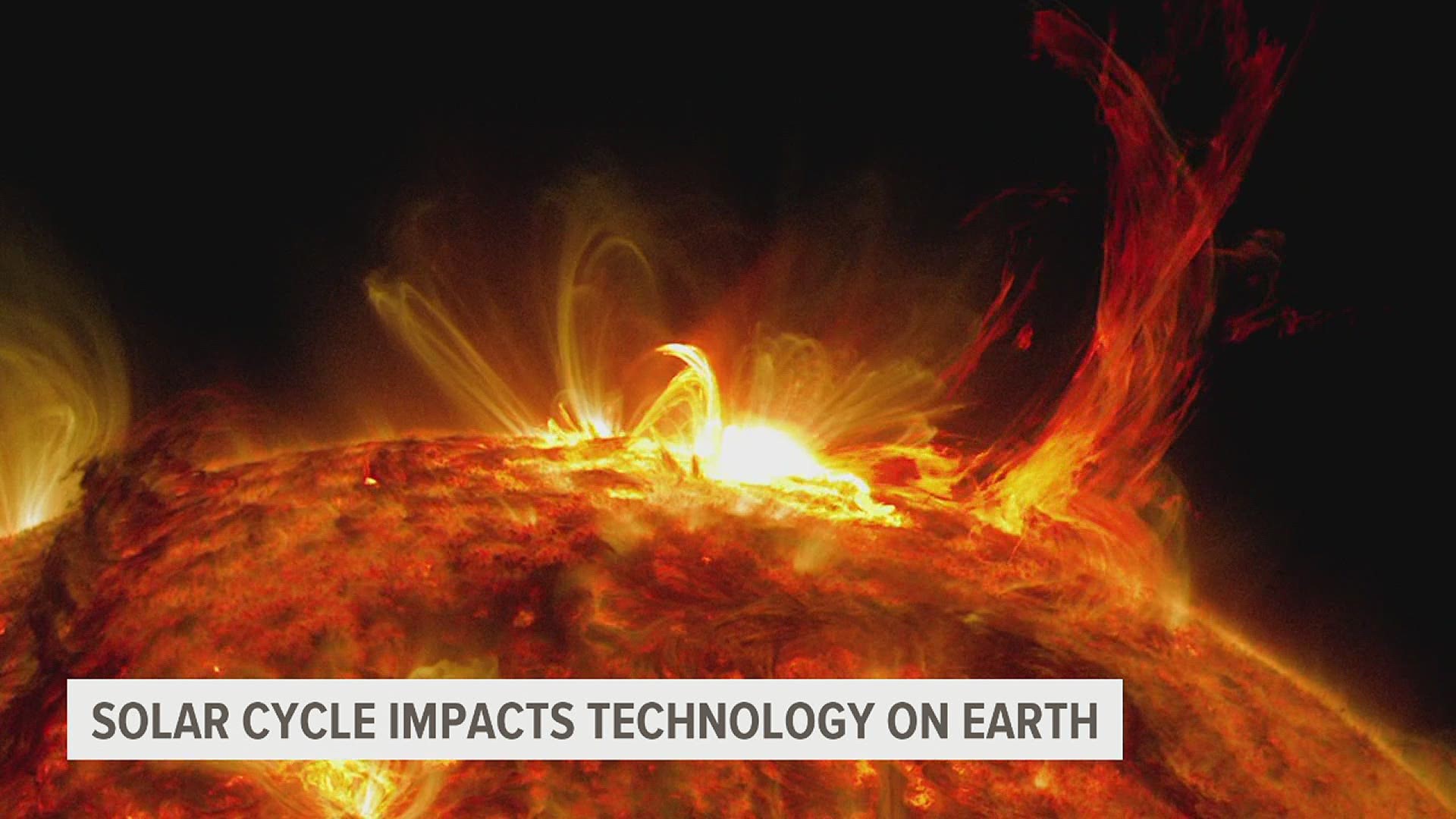 PENNSYLVANIA, USA — Weather in space comes in the form of electrically charged particles and radiation from our Sun. Similar to the Earth’s four seasons, the Sun experiences different phases during its 11-year cycle. Solar minimum, one of the sun’s two phases, occurred back in December.

According to NASA, the most powerful solar storm on record happened in September of 1859.

Alex Young, a NASA Goddard Solar Scientist, explains,“All around the world, there were places where there was current going through, people were electrocuted. Sometimes if they had their telegraphs disconnected they were still working. In some cases, places caught on fire. You know they had ticker tape that they monitored and that actually caught on fire.”

The sun has been fairly quiet in recent years because it's been in the solar minimum phase.

Young recalls, “Though we did have some fairly decent space weather in 2017, and a little bit in 2018, but it’s been pretty calm. We’re very interested to see what’s going to happen as we’re now moving out of solar minimum and moving into solar maximum for the next solar cycle."

One of the first effects we see here on earth as a result of space weather is disruptions in our ability to communicate with different types of satellites and radio, but there are also disruptions in GPS capabilities, making it less accurate.

Young says, “We’ll see more periods of disruption in communication. And for the most extreme solar events, we can even see disruptions in our power grids.”

Power companies across Pennsylvania say they’re not too concerned about disruptions to the power grid.

Todd Meyers, a spokesperson for Met-Ed, says, “We do get alerts from time to time about the possibility of geomagnetic disturbances caused by solar activity, but we worry about them only when they’re an alert 3 or higher.”

Typically, these higher alerts are issued in Canada and latitudes further north. The exceptions to this rule are our two neighboring states which have a slightly different soil composition from Pennsylvania.

Meyers explains, “Our concern is mostly in Maryland and West Virginia mostly tied to our substation, our big transmission substation transformers. We just don’t want them to overheat with this extra current that runs through the ground.”

Even though concern for major issues here in Pennsylvania is low, power companies are doing everything they can to prepare for the possibility of disruption.

Joe Nixon, Strategic Communications Manager for PPL Electric says, “We’re creating these alternate paths. We’re creating this redundancy and resiliency using smart grid so we can react fast and instantaneously to make those switches. Our message is our grid is resilient and prepared and strong and we’ll be ready is something would ever happen."