Families told FOX43 although no one was injured, they will still have to repair much of what was damaged. 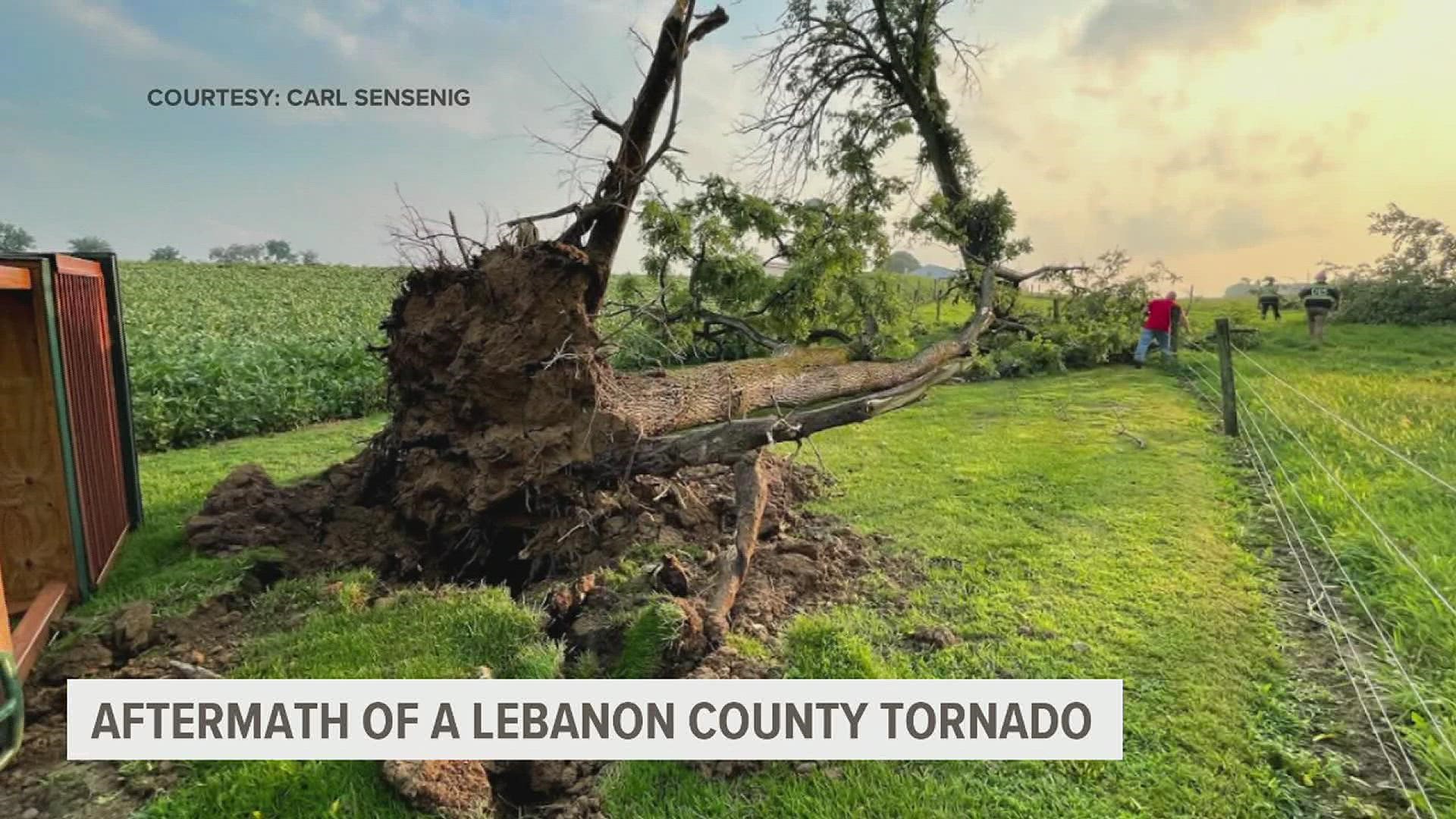 LEBANON COUNTY, Pa. — Carl Sensenig and his family were enjoying their dinner Thursday evening after a thunderstorm had passed.

"The sun started to shine in the west, we thought it was over and we were having dinner with all of the children," said Carl Sensenig of Lebanon County, "all of a sudden we heard this roar like a freit train coming across."

Sensenig says the sound quickly brought his family to their feet.

"Some of us headed for the basement, and some of us wanted to have at least an idea of where it was coming from," he said.

Amazed by what he saw, Sensenig took a video of what was a funnel cloud of a tornado.

Sensenig said the tornado stayed in one place but traveled away from buildings and instead through farmlands but did reach the backyards a few community members leaving some damage.

Luckily he says no one was hurt and the only fixing that will be to be done is to parts of his property.