Why are they called 'rolling' power outages, who decides where power gets cut, and when will it be back? We asked the experts. 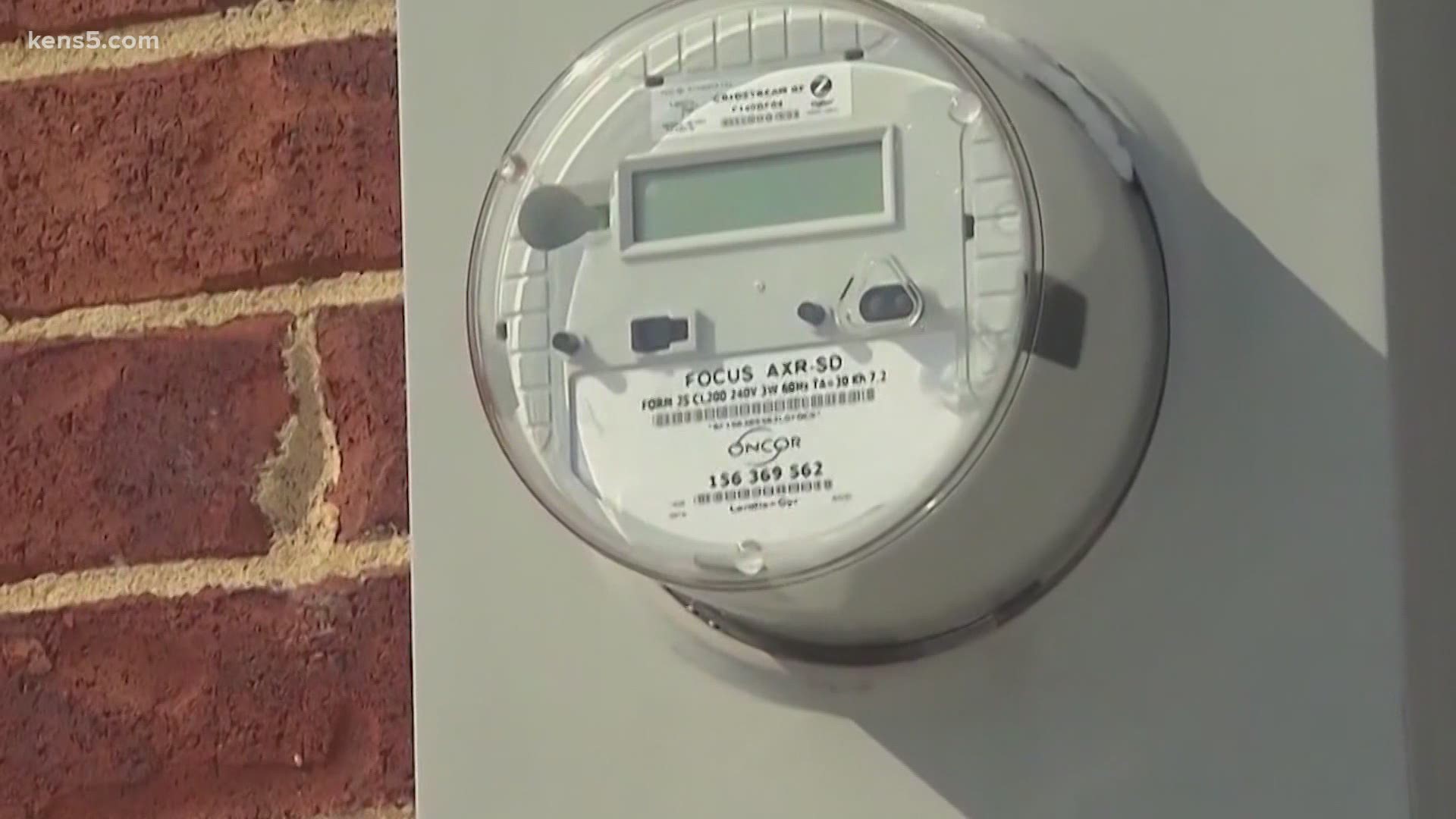 SAN ANTONIO — A lot of people are asking why this was called a “rolling outage”-  when the outages didn’t seem to roll. Some people saw their power off for hours to more than a day while others saw nothing. So, what’s the deal? Here’s what CPS Energy had to say.

"What the system has gone into is a sustained outage. When ERCOT put the word out that it was going to be a 15-20 minute rotating outage then power back on, the trend that followed after that of sustained outages, follows the trend of the weather pattern. The colder it got, the higher the energy demand got across the state. People used power to stay warm, that put strain on the grid, and in order to combat that, the outages have to be sustained for a longer period of time."

So, they’re not calling it “rolling”- but even so- we’re seeing neighbors with power on, and power off, just streets apart from each other- and some neighborhoods worse off than others. So how do they decide who gets blacked out?

"It’s not that we decide which side of town we’re going to turn off. It’s all on a computer and it randomly turns off the power- when we tell our system we need 1000 megawatts of electricity offline, it’s going to search for the circuit set that is the largest, so we can drop those 1000 megawatts."

What a lot of you want to know is, if my power is off, when will I get it back? The answer’s unclear. CPS Energy says they’re waiting on ERCOT- and things won’t be better til more power sources go online… or there’s less demand for power.

"Until ERCOT says, 'We don’t need X megawatts anymore," we can restore that wattage, but until that happens, it’s going to be like this for the foreseeable future."

Bottom line: We don’t have definite answers about when power will go back on… or when you can be sure yours won’t go off. But we will keep asking and will bring you the latest.

CPS Energy is also addressing false postings on social media. A message saying the state's "electrical grid" is about to fail is not true.

KENS 5 showed it to the CPS Energy spokesperson who says it's fake and was not released by them: 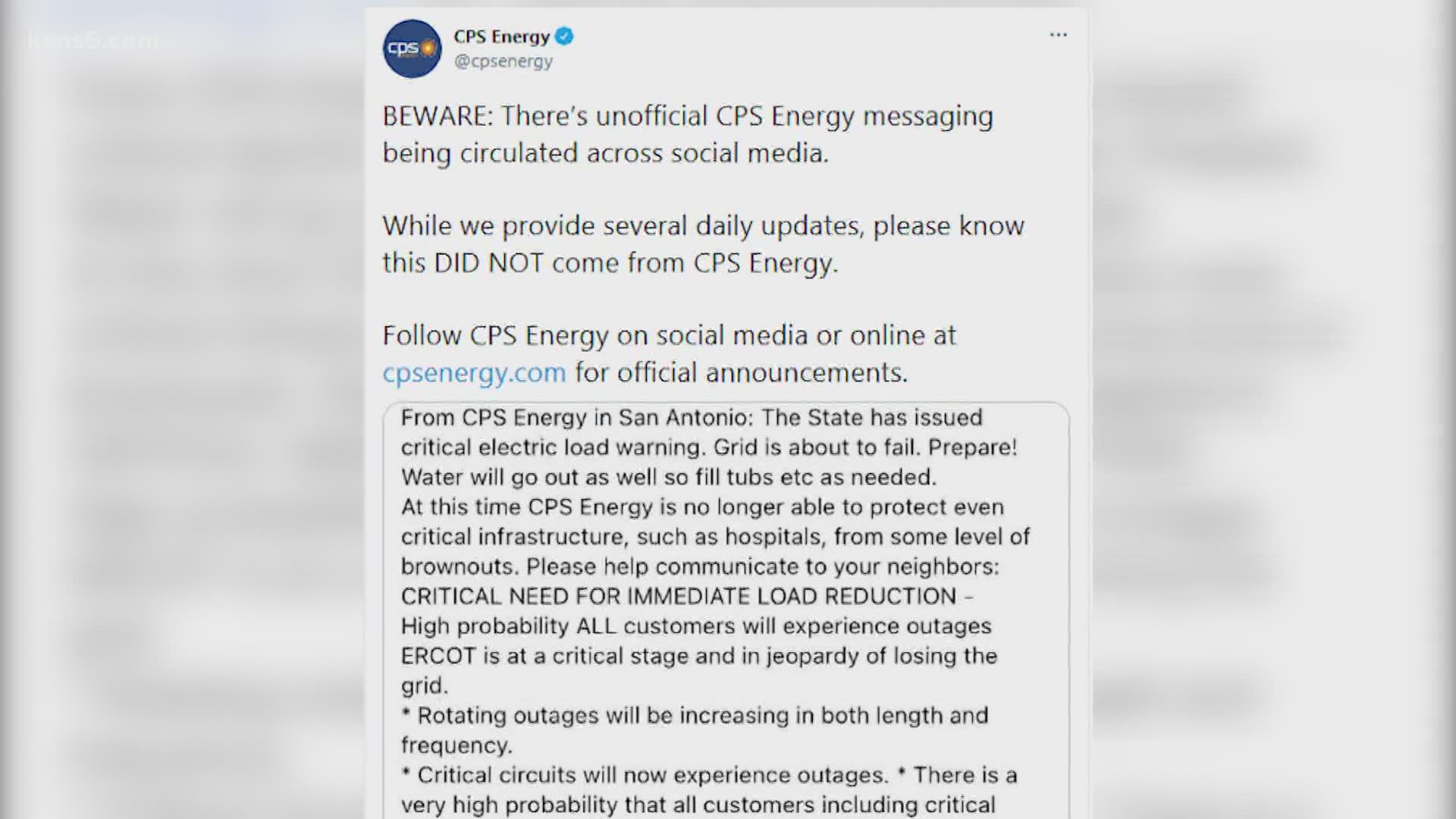