Wireless emergency alerts will be sent to people's cell phones who are in the area a warning is issued, which is set to begin on August 2. 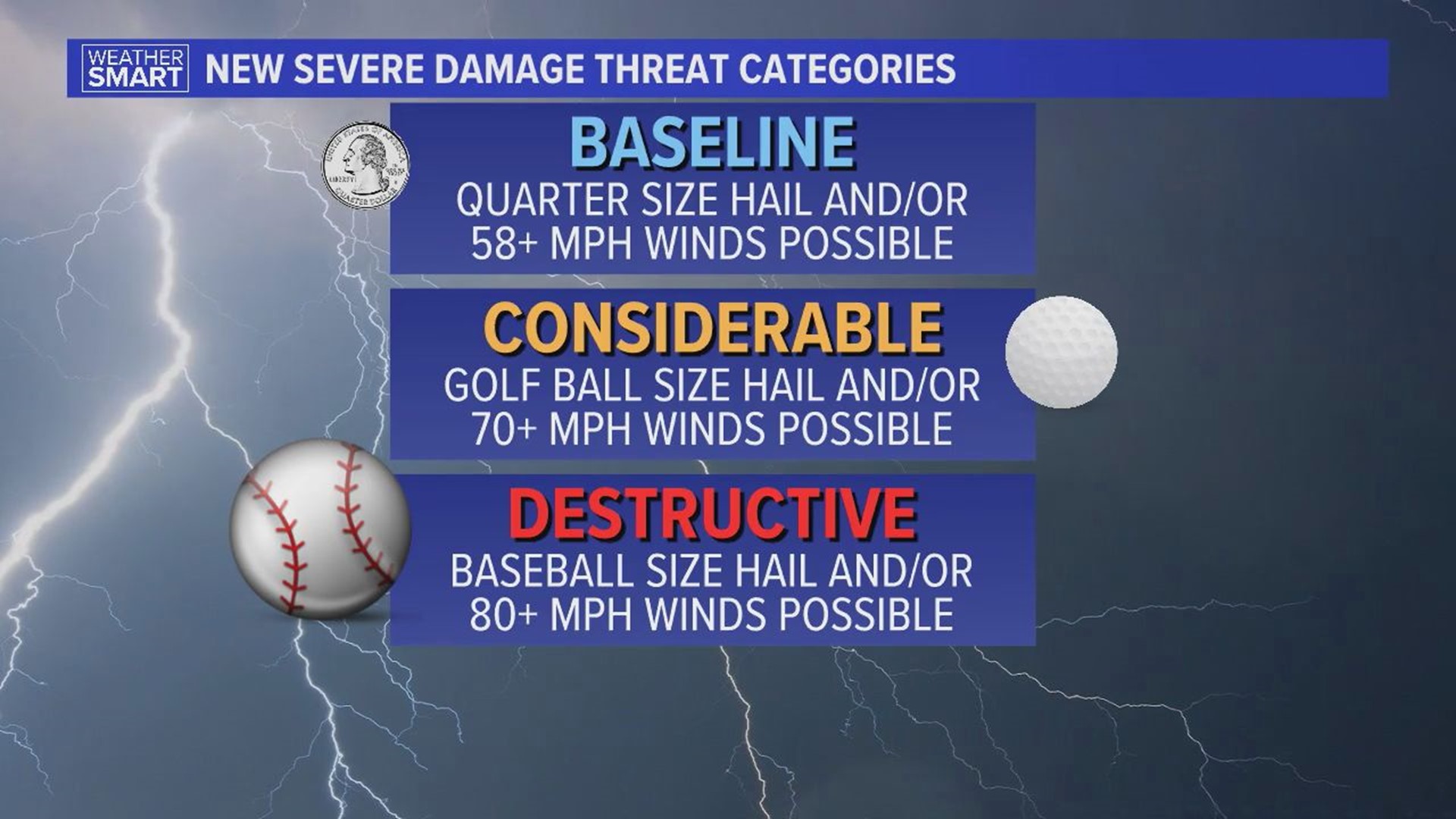 YORK, Pa. — The National Weather Service has designated a new category for severe thunderstorm warnings to better convey the damage threats that are posed by different storms.

This makes three total categories that a severe thunderstorm can be tagged under: baseline, considerable, and the newly formed destructive category.

The baseline category is what has historically been known as a severe thunderstorm: a storm with quarter-size hail and or 58 mph winds.

A considerable damage threat is when hail is at least golf ball-sized and or winds are 70 mph or greater.

The newest tag, destructive, is for storms with baseball-sized hail and or winds of 80 mph or greater.

“So the warnings are still going to be the same as they have but what’s going to change is there’s these new, what’s called damage threat tags," Warning Coordination Meteorologist at NWS State College Jonathan Guseman tells Fox43.

When a "destructive" tag is issued, that will trigger a wireless emergency alert to your phone. “That would actually send on your cell phone based on the tower that your phone is picking up on within the warning polygon.”

This new warning for destructive severe thunderstorms will be similar to the warning you get for tornado warnings or amber alerts.

According to the National Weather Service, only 10 percent of all severe thunderstorms reach this destructive category each year, nationwide.

And while storms of this strength are rare, they have occurred in Pennsylvania before.

“They’ve certainly happened. When we get the long-lived lines of intense storms... you may have heard the term derecho before. They’re not very common but we have had them.”

Guseman also emphasizes that if you do receive any type of severe weather alert, it needs to be taken seriously.

“We try to be pretty conservative when we put them out. So if we do, we’re expecting some kind of damage, sustained damage out of that.”