Weather has played a pivotal role in past presidential inaugurations

Inauguration Day has seen all sorts of weather over the years. 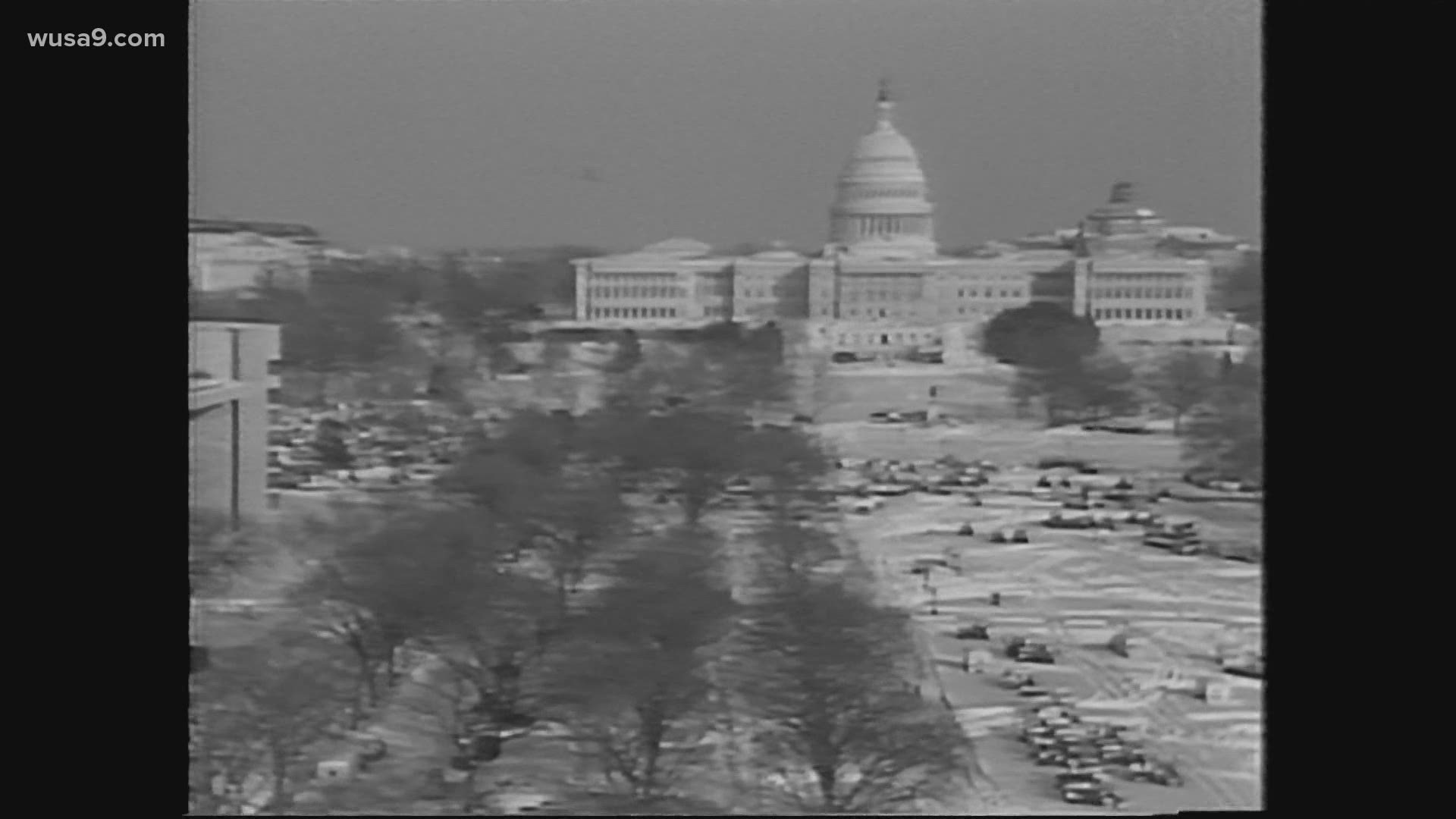 WASHINGTON — Joe Biden will be sworn in as president during his inauguration on January 20, 2021 with wind chills in the 20s to low 30s. Weather has played a pivotal role in several inaugurations.

Until 1933, inaugurations were held on or about March 4. The U.S. Congress passed the 20th amendment that stipulated that Inauguration should occur on or about January 20.

Its purpose was to reduce the amount of time between Election Day and when the new president took office. The first time an inauguration occurred on January 20 was in 1937 for Franklin Delano Roosevelt’s second inauguration. National Weather Service data has the average high and low temperatures for the Nation’s Capital on January 20 as 43 degrees and 28 degrees, respectively.  The average noon temperature is 37 degrees. There is a 1-in-6 chance for rain and a 1-in-10 chance for snow.

The warmest presidential inauguration was for President Ronald Reagan’s first term on January 20, 1981, when the noon temperature was 55 degrees. (August 9th, 1974 is technically the warmest Inauguration Day, when Gerald Ford took over after Richard Nixon’s resignation. It was 89 degrees, with partly cloudy skies and hazy conditions).

The coldest presidential inauguration was for Reagan’s second term and occurred on January 21, 1985. An epic cold wave gripped a good chunk of the eastern US. It was only 7 degrees at the time of the noon ceremony on January 21, 1985, with wind chills that had reached 20 below that morning, that motivated official to move the ceremony indoors to the Capitol Rotunda. Some other very cold Inaugurations occurred in 1961 for President Kennedy when it was only 22 degrees, for President Ulysses Grant in 1873, 16 degrees and for President Andrew Jackson in 1833, 29 degrees.

One inauguration even appeared to be fatal. President William Henry Harrison was inaugurated on a cold and wet day (March 4, 1841). He refused to wear a hat and coat during his 1 hour and 40 minute inaugural address. That was said to have played a role in Harrison contracting pneumonia, which claimed his life a month later on April 4. His 32 days in office remain the shortest term for any U.S. president.

Here are some other interesting facts about presidential inaugurations:

The forecast for Joe Biden’s Inauguration calls for a cold and mostly dry day, with perhaps some early flurries, with highs near 40 degrees but wind chills in the 20s to low 30s all day.

RELATED: Here's everything we learned from the Inauguration Day security briefing