Major changes are needed and can include legislative initiatives, changes in lifestyle, and businesses making the environment a priority in their operations. 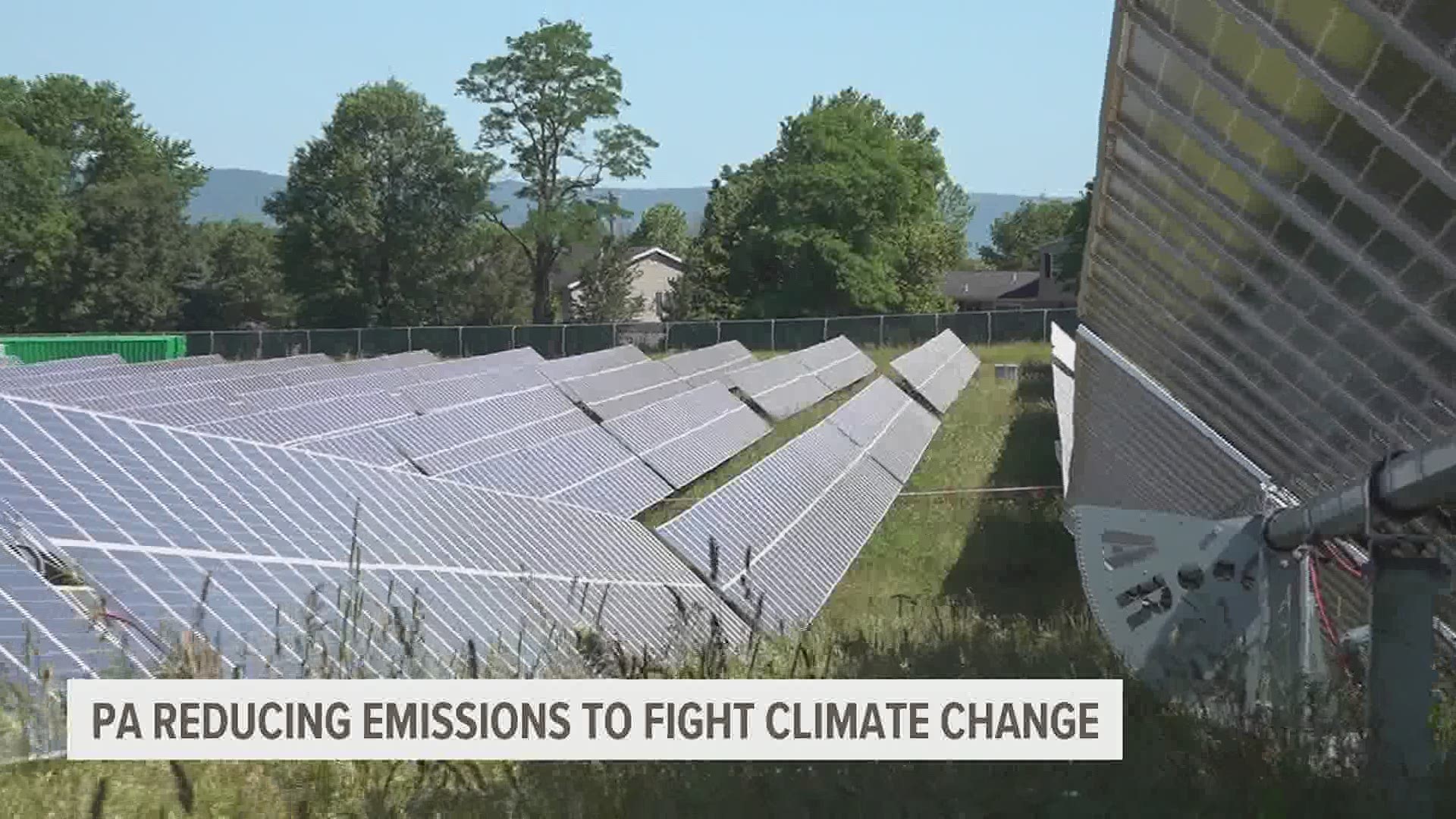 YORK, Pa. — Climate change is one of the biggest problems facing the world today, and it’s consequences are already being felt here in Pennsylvania.

One of the biggest things needed to help stop these effects is to reduce greenhouse gas emissions that are released into our atmosphere.

The Commonwealth of Pennsylvania has a goal to reduce greenhouse gas emissions by 26% in 2025 and by 80% in 2050. These reductions were calculated using 2005 baseline levels.

Dave Althoff, Director of the Energy Programs Office at the Department of Environmental Protection, tells FOX43 that this will be a tough goal to meet.

The Department of Environmental Protection has a Climate Action Plan in place, one that they update every three years. In this action plan, they identify the biggest contributors to greenhouse gases and what businesses owners and citizens can do.

This includes switching to clean, renewable energy. One business taking the lead in this is SEPTA.

Meghan Schulz is a Sustainability Manager at SEPTA. She says that SEPTA is one of the largest energy consumers in Pennsylvania.

“We run not only our buildings, but our trolleys, our regional rail, our subway elevated… are all electrical, propulsion powered," she says.

The public transportation company has contracted Lightsource BP to construct two solar farms in Franklin County, one of which is already operational.

Once both farms are online, they will cover 20% of SEPTA’s total electricity use and are expected to reduce greenhouse gas emissions by over 19,000 metric tons of CO2 annually.

That’s equal to the emissions from over 4,000 passenger cars driven in a year.

“It’s good for our bottom line, both our social bottom line, our environmental bottom line, and monetary because solar is insulated somewhat from the swings in the electrical market, we know how much it is going to cost,” Schulz tells Fox43. “Solar is not going to get more expensive.”

This project also helps the local economy in Franklin County, as 100 jobs were created during the construction of the farms.

According to Climate Central, this is part of a nationwide trend in which solar power is expanding dramatically. The independent group says that solar could add 52 jobs per every 10,000 people in PA through 2050.

Installing solar panels is also a solution that you can invest in at home. But if that’s not something you can financially commit to, DEP offers other ways for you to help reduce your emissions.

Here are some easy ways:

Many vehicle companies have pledged to make all electric cars in the coming years, including Ford, which is releasing an electric pickup truck in early 2022.

There are also ways that legislation could help reduce emissions.

Pennsylvania planned to join the Regional Greenhouse Gas Initiative, which would cap and reduce CO2 emissions by requiring power plants to acquire CO2 allowances. Plants are able to trade or buy allowances from each other.

Pennsylvania is the only state in the northeast that is not a part of the initiative, which is still in the General Assembly.

The climate crisis is already here.

The rate of scorching heatwaves and ravaging flash floods will only increase if we don't continue to take meaningful action now.

That is why Pennsylvania is joining RGGI — a critical step to mitigate our emissions and help curb our future. pic.twitter.com/swIOZ03VWN

While there is a lot to do in order to reduce emissions across PA, Althoff says that we are on the right path.

“The Commonwealth of Pennsylvania is making huge strides with regards to renewable energy.”