The cold we've been waiting for finally arrives this weekend, and we top it off with snow chances next week!

It's been a mild winter so far, but we'll see a dramatic change in this pattern over the next 1-2 weeks. 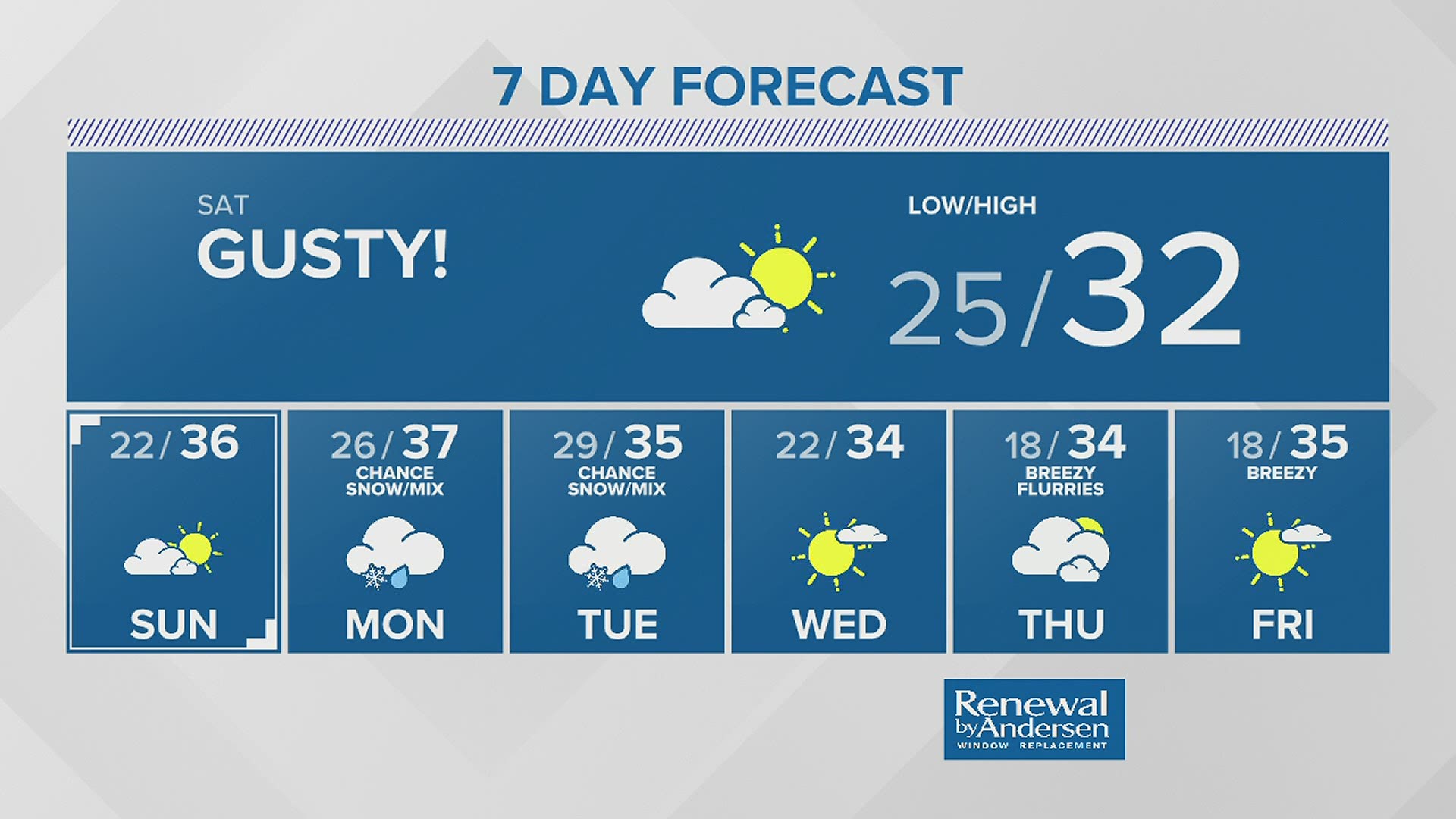 HARRISBURG, Pa. — COLD WEEKEND: Mother Nature finally delivers on a winter-like weekend with temperatures falling into the 30s for highs. We're seeing gusty winds already on Friday and they will likely be just as strong on Saturday. The big difference will be in temperatures. To finish off the work week, we were sitting in the 40s on Friday afternoon. On Saturday, we'll be lucky to break above the freezing mark. Combine these already frigid temperatures with the gusty winds, and it'll likely be feeling like the low 20s and teens for most of the day. The winds lighten up for the second half of the weekend, but temperatures don't warm much. We remain in the mid-30s for Sunday and a wintry treat arrives for the start of the new work week.

UGLY WINTRY MESS: Our next shot at wintry weather is going to create headaches for all. From those of us who will be analyzing the storm to the folks that will have to brave the conditions on the roads, this one is not looking good. We'll see snow changeover to a wintry mix (likely sleet) and back over to snow before all is said and done. Right now, it appears this system will pick up later in the day on Monday and really get going during the overnight period. Snow on the front end, snow on the back end, and sleet in the middle will create dangerous road conditions. Snow accumulations don't appear to be major, but we will be releasing that first snowfall map this weekend. The main concern will be the layer of ice in the snow. Conditions will likely be at their worst early Tuesday with some improvement possible by Tuesday evening.

REMAINING COLD: Once this system exits, it appears the cold does stick around for the remainder of the workweek. Temperatures will struggle to break out of the low to mid-30s all week long. We'll likely be dealing with breezy winds for some of those days as well which will keep wind chills in the 20s. We have to keep an eye on a system that looks like it'll make a close passing just to our south on Thursday. A few flurries may creep into our neck of the woods, but right now, the bulk of the system looks to stay to our south.

Have a fantastic Friday!