YORK COUNTY, Pa.– You’ve probably heard by now that honey bees populations nationwide have declined over the last several years. There are many cont... 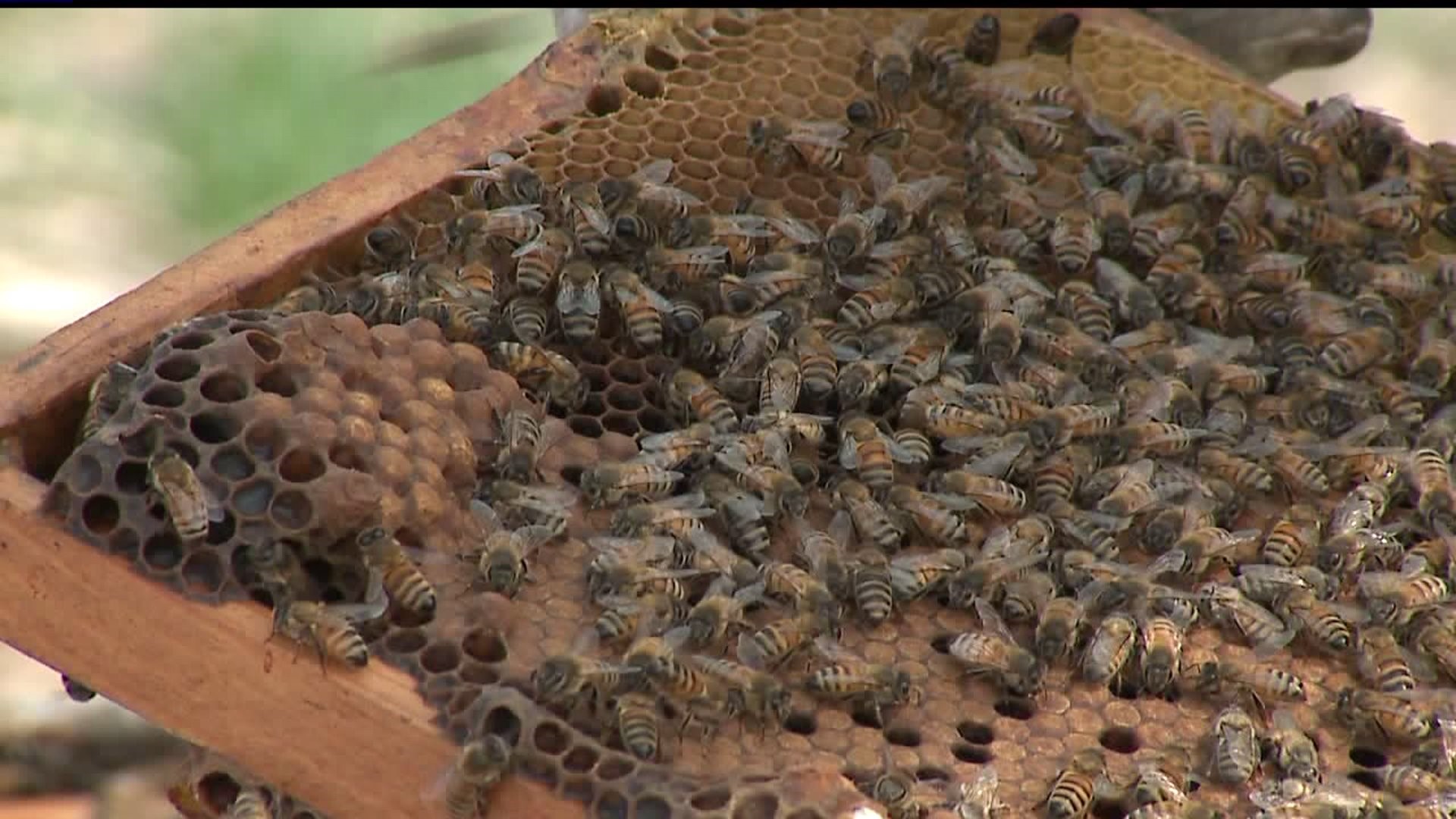 YORK COUNTY, Pa.-- You've probably heard by now that honey bees populations nationwide have declined over the last several years. There are many contributing factors to the drop. "When we have infestations of mites, we have viruses out there, rampant use of chemicals in the environment, the honey bees are getting whacked," Dr. John Wallace, Professor of Biology at Millersville University says.

The mites act as a parasite, attacking the bees, their larvae and their eggs.
That and a poor combination of weather since last fall, has added insult to injury, particularly in Central PA.

"This season has bee pretty tough on the bees," says Jesse Hollinger, bee keeper and business owner of Be Sweet Bees in Hellam Township, York County.

Dr. Wallace had four hives going into the winter season. He says the lingering warmth after the last fall's growing season set them up for trouble during the winter. "The bees had to eat, but there was nothing out in the environment for them to eat, and so they ate up a lot of reserves."

Food they would normally have in the hives to survive the winter was no longer available. Populations can split up and ultimately shrink if they need to search for food as the cold comes. High bee populations are important for winter survival. Unfortunately by February, all four of Dr. Wallace's hives were gone.

Local bee keepers like Jesse experienced similar struggles. The populations that survived the winter ran into more troubles with a late spring. "The weather surges-- what's happening is that bees are getting ready and preparing, thinking spring is here, and then get a huge, cold knock to them," he recalls.

The back and forth cold from late winter into spring hurt the bee populations even more. For bee keepers and transporters, this means more bees are needed to help resupply the populations. These bees come from warmer climates like the southern United States. "There seems like there's been a lot more demand this year," Jesse noticed.

But this brings problems too. The bees are transported from warmer climates, so initially there are issues adjusting to the rough spring conditions. All of this is a combination that can ultimately hurt honey supply, and of course, the consumer.

If there's less honey, there's also less food for them on reserve heading into the winter,
potentially continuing the trouble.

But there is some hope. Dr. Wallace says he's trying a new hybrid queen bee that could be a game changer. This bee is more aggressive, so it can attack the mites before the mites get a chance to decimate the hive populations. "If there are bees that can fight off one attacker, we might be able to get them to survive more successfully over the winter."

There's more good news for the bees too. Honey bees are able to bounce back fairly quickly after a delayed spring. But at a time where honey bee populations nationwide are already in trouble, it remains something honey producers and the consumers must monitor.