STUFFY & STORMY THURSDAY: An approaching cold front crosses through today and brings widespread showers and thunderstorms to the... 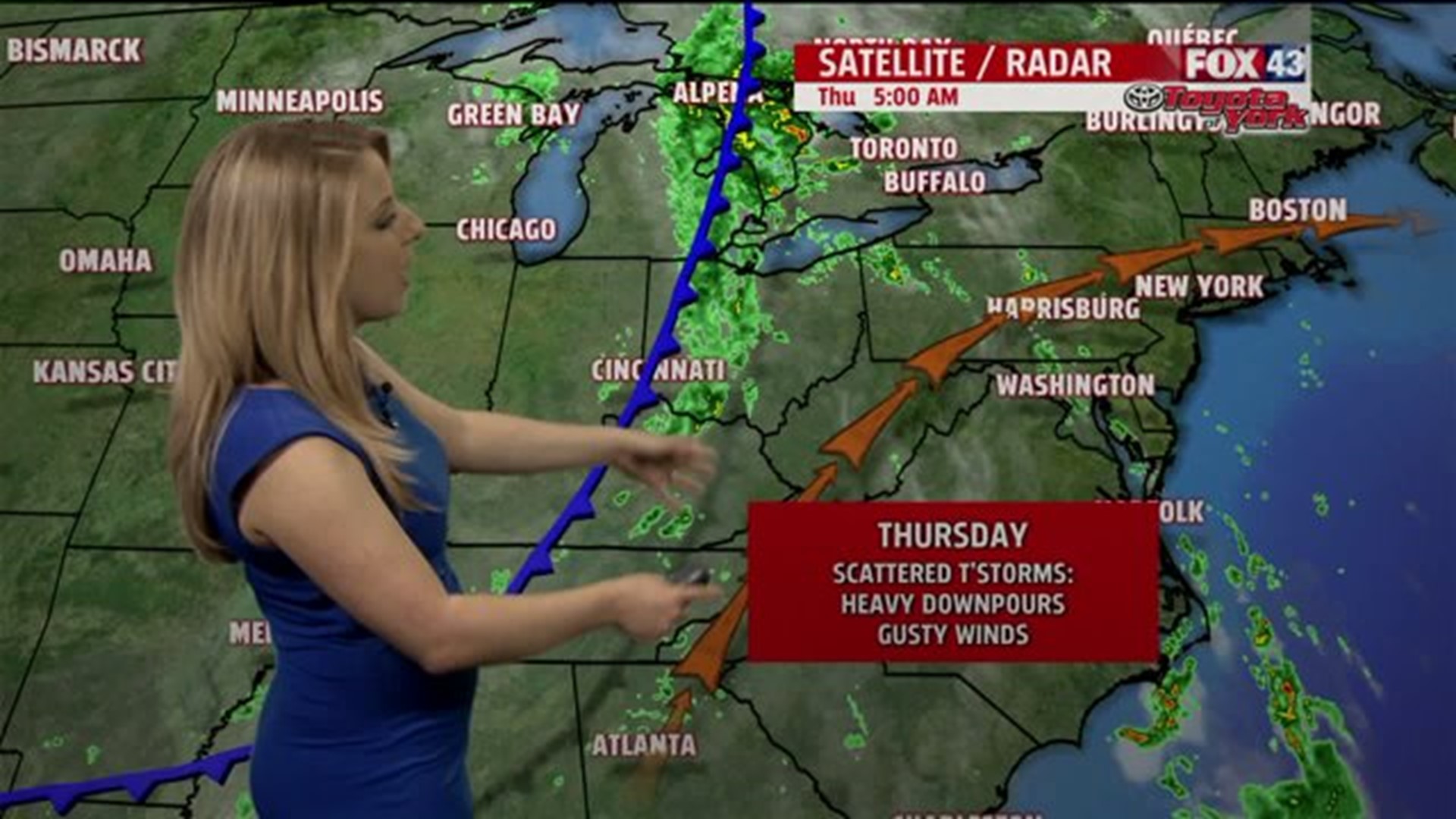 STUFFY & STORMY THURSDAY: An approaching cold front crosses through today and brings widespread showers and thunderstorms to the region. In the meantime, it’s a warm, stuffy, hazy start with a few spotty showers. Showers and thunderstorms become more widespread during the afternoon as the front inches closer. A line of heavier showers and thunderstorms likely accompany the front’s passage later in the day. A few of these storms could produce some strong or damaging wind gusts. Afternoon high temperatures are in the lower to middle 80s. Showers and storms continue through the night, but fade after midnight. The cold front pushes through, and the clouds begin to fade by daybreak. Skies quickly become mostly clear Friday. Highs are in the lower to middle 80s. The humidity levels come down a bit as well.

WEEKEND FORECAST: Saturday brings plentiful sunshine for our region, courtesy of an area of high pressure. The humidity stays low, but those levels nudge back up Sunday. Sunday is partly cloudy. High temperatures both days are in the lower to middle 80s.

NEXT WEEK: Next week starts fairly seasonable for this time of year. Monday a weak cold front crosses through. It could spark a shower or thunderstorm, but most should stay dry. Tuesday and Wednesday the sunshine is back. Humidity levels aren’t too bad, with high temperatures seasonable in the middle 80s. By midweek, temperatures drop a bit below seasonable averages.

Have a great Thursday!