Showers and flakes to end March

SHOWERS:  A cold front slips through later today which brings back the clouds and showers to the forecast.  Highs today top out in the lower 50s before showers ... 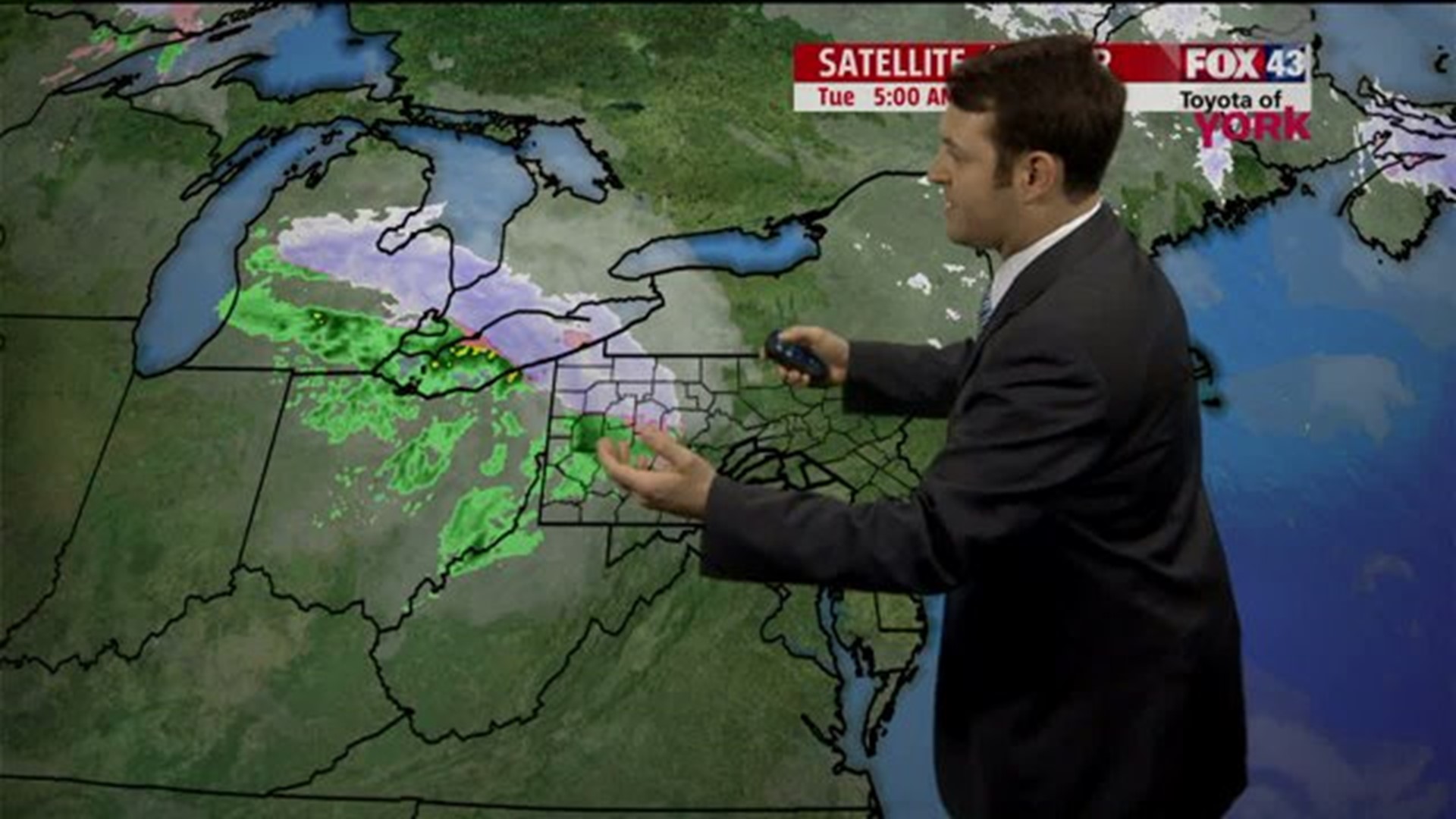 SHOWERS:  A cold front slips through later today which brings back the clouds and showers to the forecast.  Highs today top out in the lower 50s before showers arrive after lunch.  Expect some isolated showers early in the morning with more widespread rain arriving by noon.  The rain fades by about 8PM as the system clears.

Areas to the north and in the elevations may see some snow mixing in as the day progresses, with minor accumulations up to 1” or so possible.  Highs today will range from the low 50s to the south to the mid to upper 40s to the north under generally cloudy skies.  Tonight, we clear and temps drop to near 30°.

SUNSHINE: Sunshine returns with passing clouds for Wednesday.  A cool breeze is back in action with highs only nearing 50°.  It’s a pleasant and dry day.

LATE WEEK WARMTH:  We’re bumping up the temps for the end of the week.  Expect highs to climb into the middle 60s on Thursday.  Sunshine fades to clouds late in the day with some showers possible after dark as our next system rolls in.  Several waves ride along the system, which keeps showers in the forecast for Friday into early Saturday.  Highs Friday are in the middle 60s while cooler air settles in for Saturday with highs back to near 50°.  Showers early will taper by afternoon with some clearing late.  It’s breezy too.

EASTER SUNDAY:  The morning starts with a chill as temperatures sit in the middle 30s.  We’ll see a sun and cloud mixture for the afternoon with highs in the middle 50s.  It’s pleasant but we may see a few stray drops through the day.

Have a terrific Tuesday!

“Life isn't about waiting for the storm to pass...it's learning to dance in the rain.” – Unknown