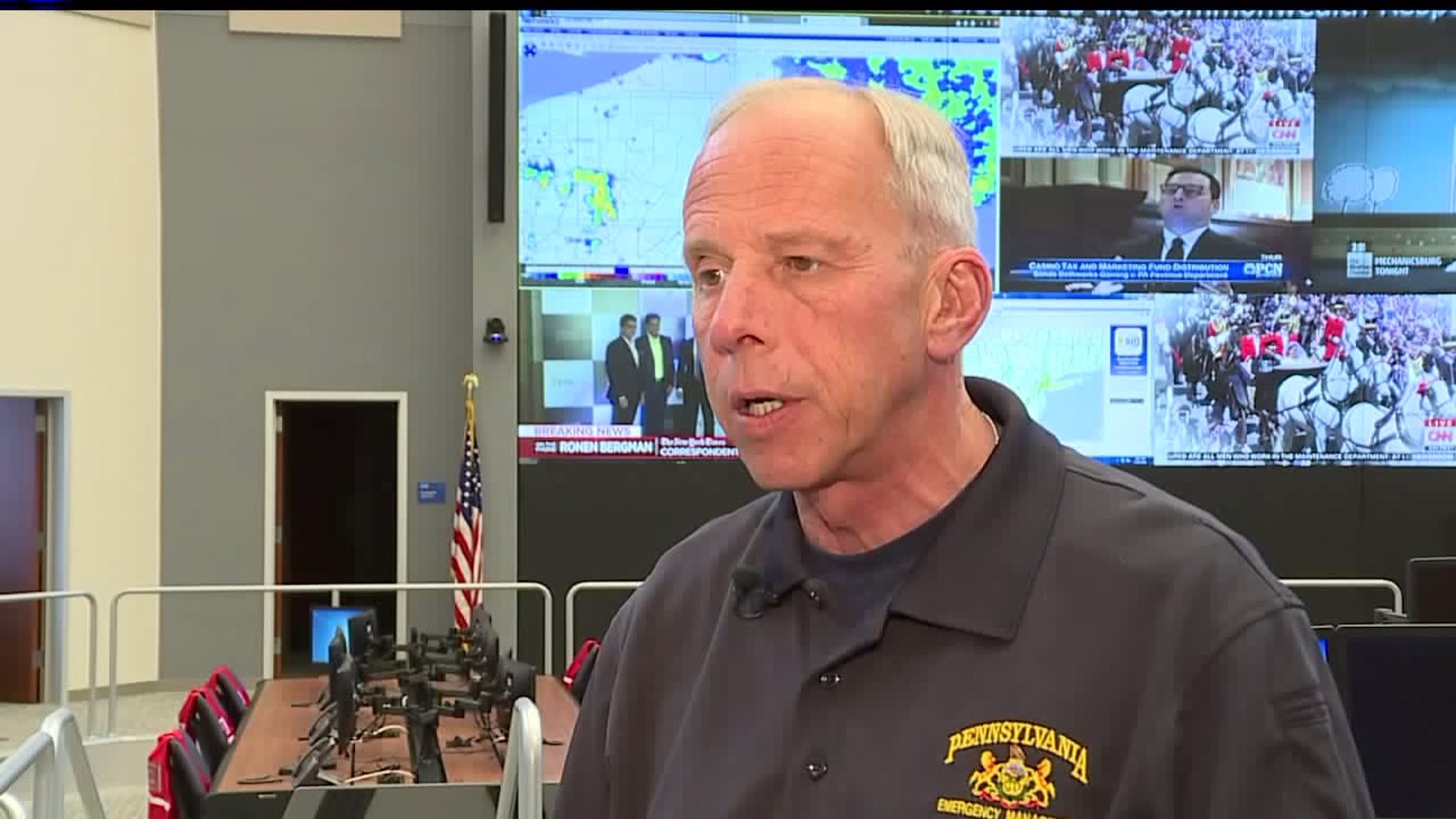 Jason Angle with Long Level Marina on Clarke Lake along the Susquehanna River in York County has been out all day reminding customers of the risks.

“We are at 108 thousand cubic feet of water per second going through here and it’s projected to keep going up,” said Angle. “So no one goes near the dam,” he added.

And that fast-moving water comes with drifting debris.

"In this particular case, we’ve had an awful lot of rain,” said Rick Flinn, Pennsylvania Emergency Management Agency. “You also have larger trees and things that have fallen into the creeks and steams and even in the rivers that you could run into," he added.

Rick Flinn with Pennsylvania's Emergency Management Agency says while we are lucky to have missed any major flooding in the Central Pennsylvania area this weekend, it’s always a good idea to be informed of the dangers and prepare.

“Unfortunately people don’t really think about it until something happens," said Flinn. "The bigger issue in our area is we have a lot of creeks and streams and you have to be very careful with that. Taking boats out in this kind of water and this weather situation, we’ve had so much water and the fast moving water isn’t a good idea," he added.

Even if the the sun is expected to come out, it doesn’t mean the threat has completely gone away.

“The water is at 62 degrees fahrenheit and hyperthermia is still an issue especially with small boats," said Angle. "It’s going to get nice here by next weekend, all that water and flooding is going to go away, we’re not going to be dealing with this. Your life is more important than getting out in the water for a little bit," he added.