Hot outside? It may be even hotter inside a food truck

LOWER PAXTON TWP., DAUPHIN COUNTY, Pa. — Some food truck workers don’t have much of an escape from the heat. “The hottest part is really where... 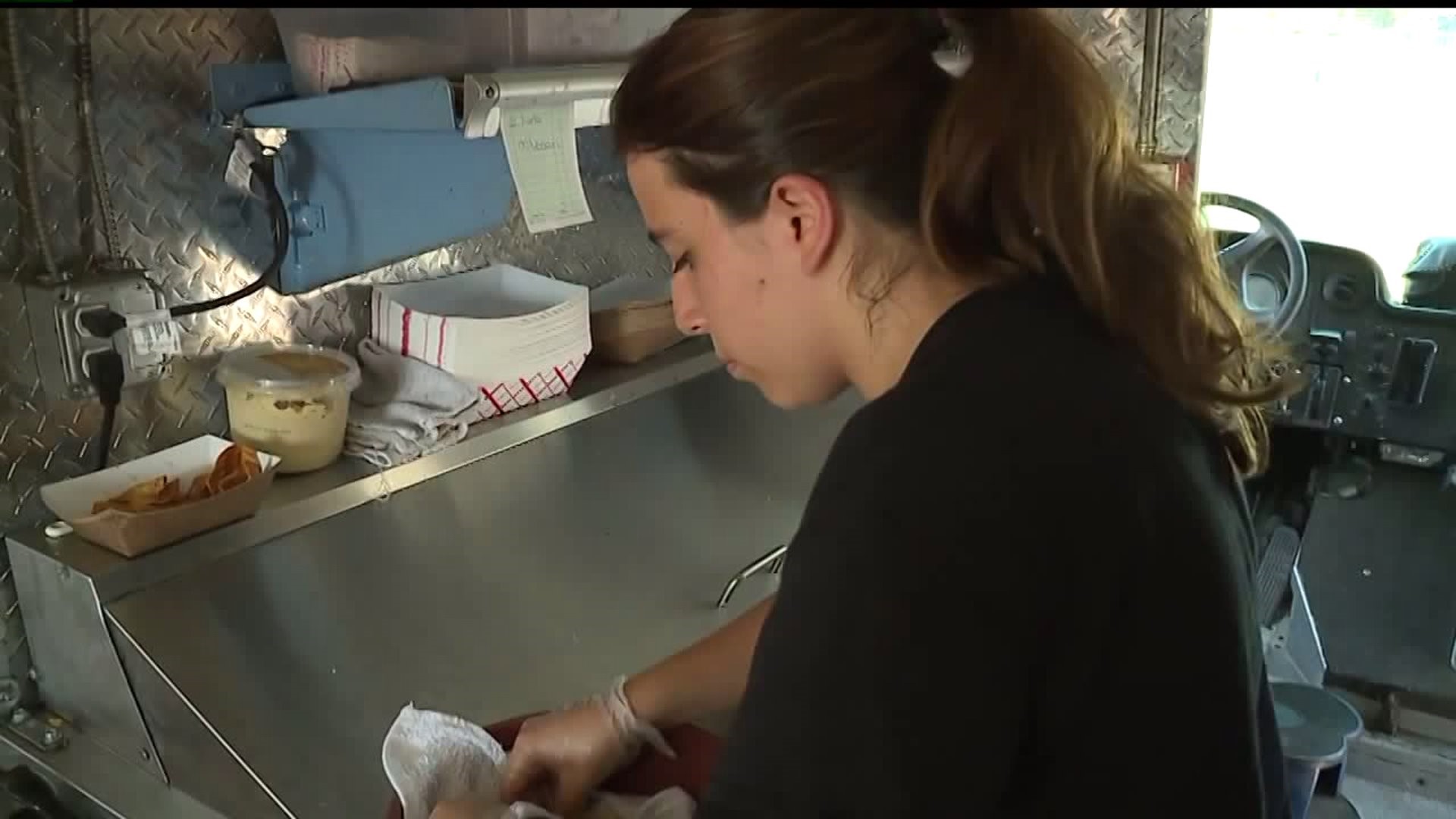 LOWER PAXTON TWP., DAUPHIN COUNTY, Pa. -- Some food truck workers don't have much of an escape from the heat.

"The hottest part is really where I'm standing, because this is where the stove and griddle is. When this is on, that heat is coming out!" said Abdul Moosa, owner of 717tacos.

Still, Abdul Moosa, the owner of 717tacos in Dauphin County, gets right to it, sizzling up meat over a hot stove all so some hungry people can chow down on a delicious meal.

"This looks and smells like pure goodness. I don't know how else to say it," said Aaron Gates, a customer.

Abdul and Maxi Moosa own the truck, a husband and wife duo who put a twist on your typical taco.

When you're constantly cooking inside a truck, with no air conditioning, and the sun beating down on you, it's only natural to get a bit sweaty.

"I'll tell you, when I started the truck, I lost twenty pounds, really because you're on your feet, it's hot, and you just go," laughed Abdul.

A small fan circulates the air, and the back door is usually open.

The key, though, Abdul says, just keep on moving, and remember, others probably have it worse.

"I equate it to - you have the construction workers out there on the roof of the house and all that. It's a lot hotter out there than in here so when you think about that, you kind of cool off," he said.

They get their regular customers, people like Sammy Bilger.

"They've been here like 6 months or so, every Tuesday, so taco Tuesday, I come to work, and I'm like, 'yay, taco Tuesday!" said Bilger.

"I'm honestly, I love tacos, any type of Mexican food is my honest favorite," said Keegan Hoffman, a customer.

"Whether it's snow or the heat, we're out there because these people rely on us for food, and so it's just like a restaurant, you got to be open," said Abdul.

Abdul says it can be 10-15 degrees hotter inside a food truck than outside in the sun.