…A Winter Weather Advisory goes into effect this afternoon until early Wednesday morning… ICY STORM:  We’re back at it again folks.  We start the day cloudy and... 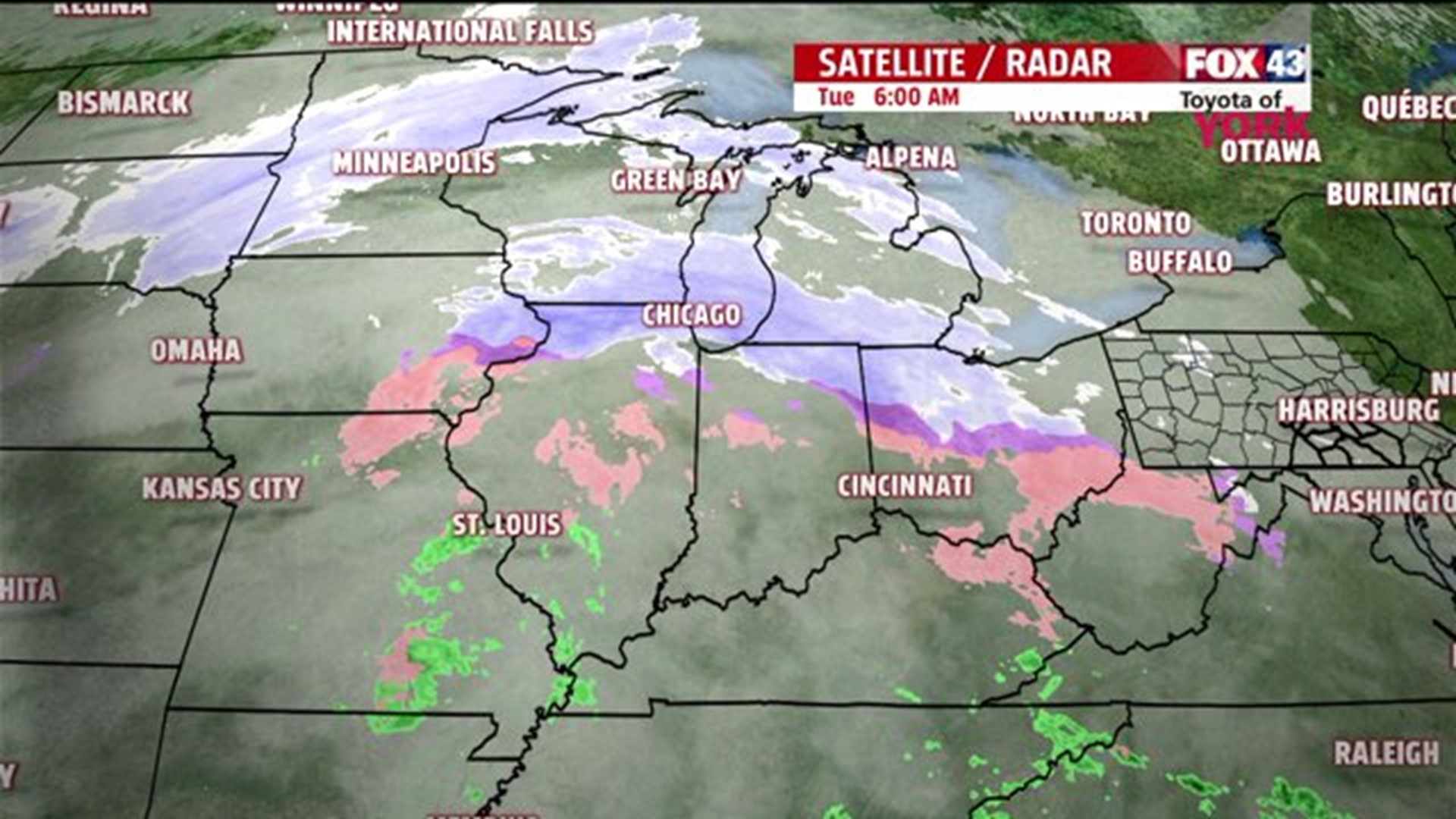 ICY STORM:  We’re back at it again folks.  We start the day cloudy and cold with temps pushing into the upper 20s by midday.  As we’re warming, the next storm system races in.  Once again, cold air will hold its ground at the surface, while warmer air forces in overhead.  So we start in the afternoon hours as some light snow for an hour or so.  It quickly changes to sleet and freezing rain by late afternoon and for the evening commute as temperatures struggle to warm toward freezing.  By late evening, the icy mix turns to plain, cold rain which lasts overnight.  After 1" or so of snow, we could pick up 0.10”-0.25” of ice around the region before turning to rain showers.

The rain will break a bit for Wednesday, before returning in the afternoon and evening.  Highs will bump to the middle 40s for the day!  Expect mainly cloudy skies.

PHASE 2: As the back edge of precipitation pushes through overnight and into Thursday, cold air will catch up to it.  It looks like this second phase of precipitation will come as some snow, which could accumulate several inches for early Thursday.  Right now, it’s way too early to be calling out any reliable numbers as the storm is still forming.  Regardless, temperatures fall again with highs only in the upper 20s for Thursday as we begin to dry out.

FRIDAY:  It’s still a cold day, but high pressure brings sunshine back into our lives.  Expect highs near 30° after a start near 10°.

WEEKEND:  More sun is in the forecast on Saturday.  We’ll be dry and near 40°.  Sunday, it’s partly cloudy with highs in the middle 40s.  Enjoy!

Have a safe Tuesday.

“Whenever you find yourself on the side of the majority, it is time to pause and reflect.” –Mark Twain