Warm and breezy with a return to sun on Wednesday, then big changes the rest of the week

After showers and storms through the night, Wednesday brings warmer conditions and some sun. However, more showers, cooler temps, and windy conditions are coming! 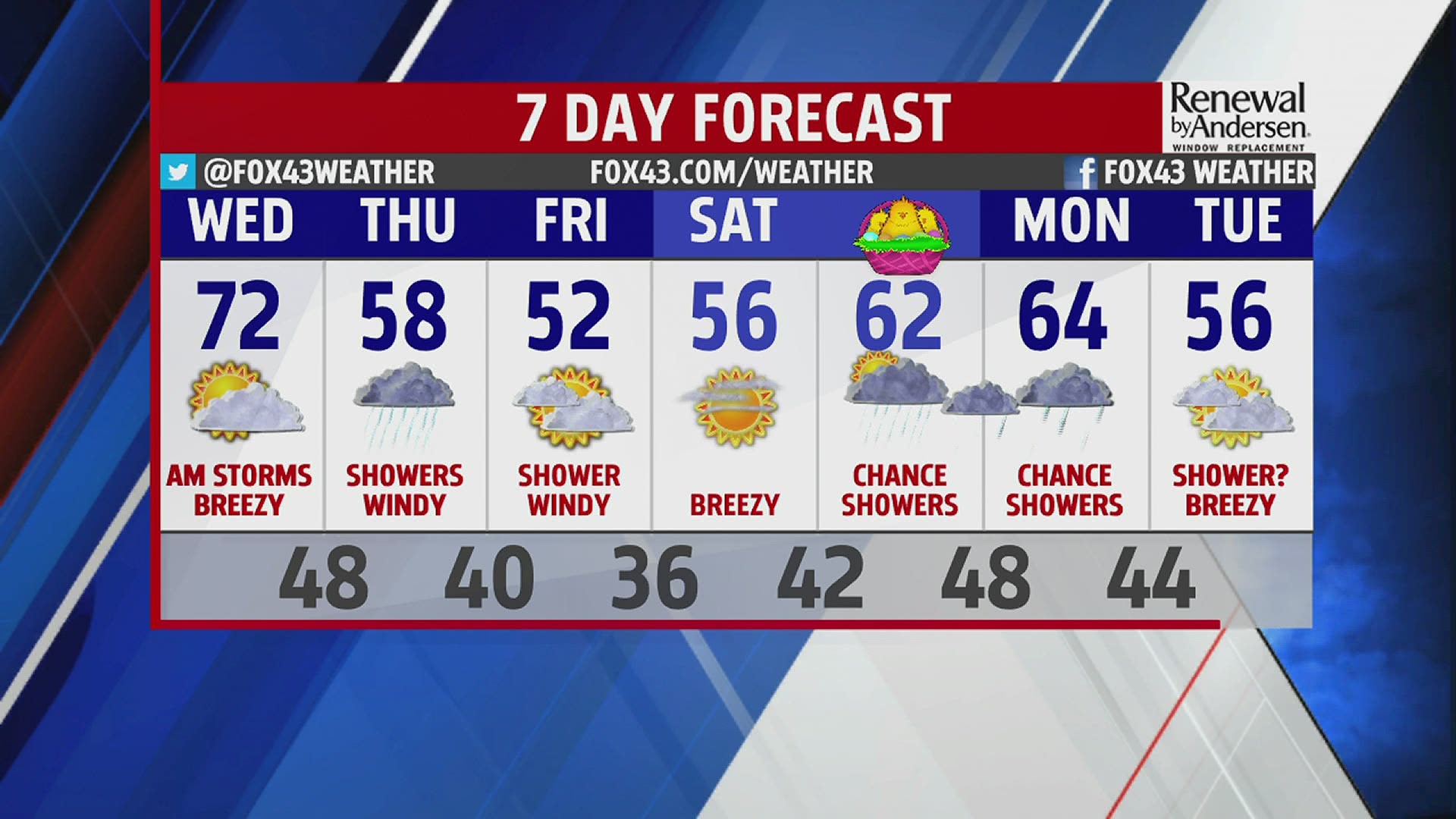 WARM MIDWEEK, THEN COOLER AND WINDY: After a damp and noisy start for many, conditions across Central PA continue to dry out. Showers and thunderstorms end by about 6 A.M. Wednesday morning. It’s breezy, with temperatures starting mild in the 50s. The clouds break a bit through the morning and into the afternoon as a cold front exits the region. It’s even warmer, with temperatures in the upper 60s to lower 70. It stays breezy too, with gusts as high as 20 to 25 miles per hour. Clouds thicken much later tonight as another system approaches. Showers are possible close to daybreak, with a few rumbles possible too. Lows dip into the middle 40s to near 50 degrees. Thursday brings cooler temperatures and the chance for another round of showers, particularly during the midday hours and the early afternoon. It’s windy, with gusts as high as 35 to 40 miles per hour. Highs reach the middle to upper 50s. Temperatures are even lower come Friday under a mixture of clouds and some limited sunshine. A couple light showers or sprinkles are possible. It’s still windy too. Expect highs in the upper 40s to lower 50s, below average for this time of year.

EASTER WEEKEND OUTLOOK: Easter weekend is looking 50/50 at this time. Saturday looks like the dry day. Sunshine to start during the morning leads to partly cloudy skies during the afternoon. It’s a touch milder, with highs in the lower 50s. It’s still a bit breezy. Easter Sunday brings the chance for some showers. It should be dry during the morning, but the chance for showers arrives starting around mid to late afternoon. Temperatures are near 60 degrees. It’s another breezy day. Shower chances continue Sunday night, with a soaking rain developing late.

Credit: WPMT FOX43 Weather
The next several days are windy or breezy.

NEXT WEEK: A soaking rain is expected to last into Monday. There’s some indication conditions could dry out by the afternoon, and we’ll keep you updated on that development. Expect mild highs well into the 60s. Conditions turn breezy again, and it stays that way into Tuesday. It’s cooler under a mixture of clouds and some sunshine. There’s a small shower chance. Highs are in the 50s.

Stay Weather Smart with FOX43! Have a wonderful Wednesday!