Newswatch 16's Courtney Harrison spoke with an expert who explains what factors can affect the fall colors. 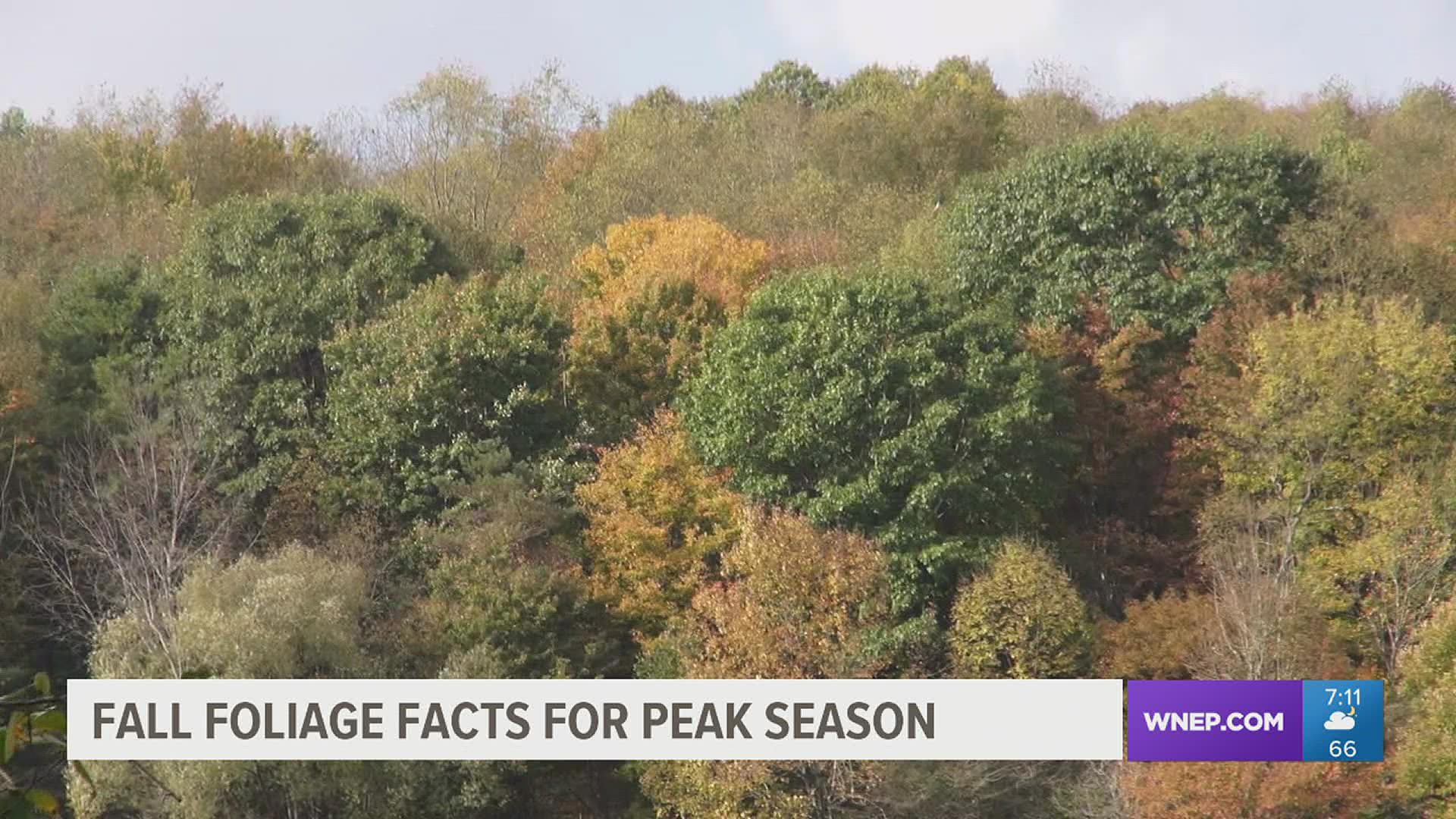 SUSQUEHANNA COUNTY, Pa. — Pennsylvania is known for drawing tourists to the area because of the beautiful colors as the leaves begin to change. There's a science to predicting where and when the foliage is at its best.

Ryan Reed is one of those people with the Pennsylvania DCNR and the Bureau of Forestry who figure out those calculations.

"I generally look for one condition to snap color across the state. And those are those cool to cold nights, and, and generally warm and sunny days," Reed said.

If the weather pattern follows the plan, it's perfect for the leaf peepers to see a vivid peak in color, and it usually happens in the northern counties of our area because of the types of trees.

"The northern tier forests, they have a really high component of northern hardwoods. And so I'm talking about species like maples, birches, and cherries, and they tend to show fall color before our other major forest community, which would be the oaks."

Some years, the leaves aren't as beautiful, and that's because stressors occur to the trees like too much or too little rain. That may cause the leaves to dry up and fall off quickly.

"We have seen a little bit of that in the state this year, but we kind of lucked out and dodged a bullet this year because we did have nice long dry periods between those major rain events."

Reed says the best part about the fall foliage is the variety of trees in Pennsylvania that makes it so beautiful.

"We have over 130 species of trees that give us various shades of color in the fall, so where one or two or even ten species might be affected, you still have that inherent diversity that almost guarantees brilliant color somewhere."

Posted by Pennsylvania Department of Conservation and Natural Resources on Thursday, October 7, 2021