Bradon's Barometer: Fun fact, we can't see everything on radar

York and Lancaster counties specifically fall in a radar hole when dealing with snow squalls. 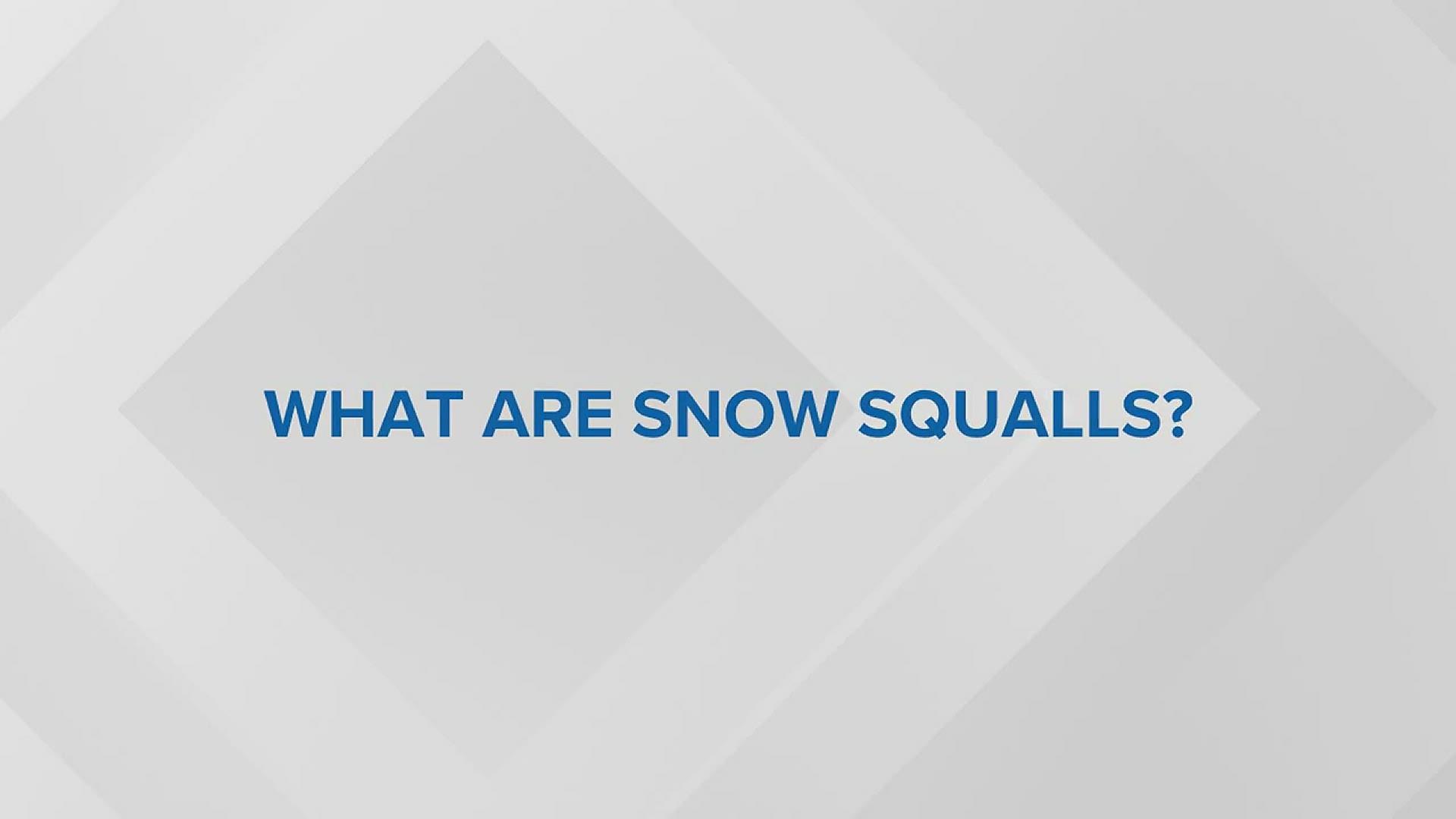 So, here’s a fun fact for you:

I can’t always see everything that’s going on in the atmosphere.

It’s true! Remember the snow squall — often referred to as a mini-blizzard, that causes white out conditions and dangerous travel — that caused a deadly pile-up on I-83 near Loganville in York County back in January of 2017? The one that 50 cars were involved in?

Credit: WPMT FOX43
An image FOX43 captured of the incident near Loganville, York County in 2017.

RELATED: Drivers stuck in traffic react to crash on I-83 after snow squall

Tornado rotations near the ground during severe thunderstorm season? Can BARELY see those sometimes on radar.

Here’s why: Our nearest radar site is in State College, which is more than 130 miles away as the crow flies from York. It’s also at a higher elevation.

Credit: National Weather Service
Here's the basic concept of how a radar beam shoots out its signal.

Radar beams work like this: they shoot out a beam of energy at an angle slightly angled towards the sky because of the curvature of the Earth. As the beam travels further, the higher and higher an elevation it measures. By the time it gets to our area, it’s measuring tens of thousands of feet into the sky.

Snow squalls, on the other hand, are very lowly-organized storms. They’re short. They’re often under 20,000 feet tall. The radar beam, especially in York and Lancaster counties, can’t detect something in that range.

As a result, we can’t see a snow quall, sprinkles or drizzle very well, if at all, on radar. Those implications range into velocity data (what we use to show tornado rotations) during severe thunderstorms and more as well. It’s an all-year-long problem.

We’re not the only place in the country that deals with this. There are radar holes all over, especially in areas of differing elevations and sparsely populated areas. It’s a real problem! The easy fix, of course, is better financing from the federal government to install more radars. But, let’s be real—that’s not going to happen.

Credit: National Oceanic and Atmospheric Administration
A mockup of the GOES satellite.

One fix has been the development and launch of the GOES-16 satellite. I interviewed Michael Colbert, a meteorologist from the National Weather Service in State College, about the GOES program and the struggles of different types of nowcasting situations (things that are happening… NOW). You can see some of that discussion in the video above.

The GOES-16 satellite provides rapid, high resolution data every five minutes, which they can turn up the speed to every minute in extreme situations, that help see what’s happening in real time. So, it can try and see a snow squall as it’s happening, or low level drizzle that we may miss.

But it has its shortfalls as well. There have been documented overheating problems with the GOES satellites in recent years, which has led to less reliable data. It also can’t just be positioned over our area all of the time as an orbital satellite, pinged to the one location. Nearby radar, meanwhile, is designed to be specific over a localized area.

GOES-R Series
NEWS MISSION SPACECRAFT SATELLITE ANIMATIONS PRESS VIDEOS Mishap board completes investigation into NOAA's GOES-17 ABI August 1, 2019 A blockage in the loop heat pipe of the Advanced Baseline Imager (ABI), the primary instrument on NOAA's GOES-17 satellite, prevented the instrument from cooling properly and impeded its ability to collect data, according to a special Mishap

Bottom line – the advances in satellite and radar data, bar none, have been great. Could it be better? Sure. Would I love to see another radar nearby to pick up shortfalls in Central Pennsylvania? Absolutely. It saves lives and property.

This is why… and hear me out… investments in atmospheric science is critical. More money, more research, maybe more radars one day, who knows! That’s for another blog.

Credit: WPMT FOX43
Here's what to expect in a snow squall.

The point is, we can still predict snow squalls, track them on satellite data and so on. But, you may not see them on radar, whether it’s on your phone or in our weather computer. That’s why it’s critical to heed warnings from the FOX43 Weather Team and the National Weather Service particularly with snow squalls. We send you alerts directly to your phone, including Snow Squall Warnings, on the FOX43 app designed to access your location.

Even if we don’t see them on radar, satellite data and camera observations help us know they’re there, so we know to alert you. Download that app! We’ll keep you Weather Smart.