Geomagnetic storm may bring Northern Lights to parts of the U.S.

Some Americans might be in for a surprise on Monday and Tuesday nights as the Northern Lights may make another appearance over portions of the United States. 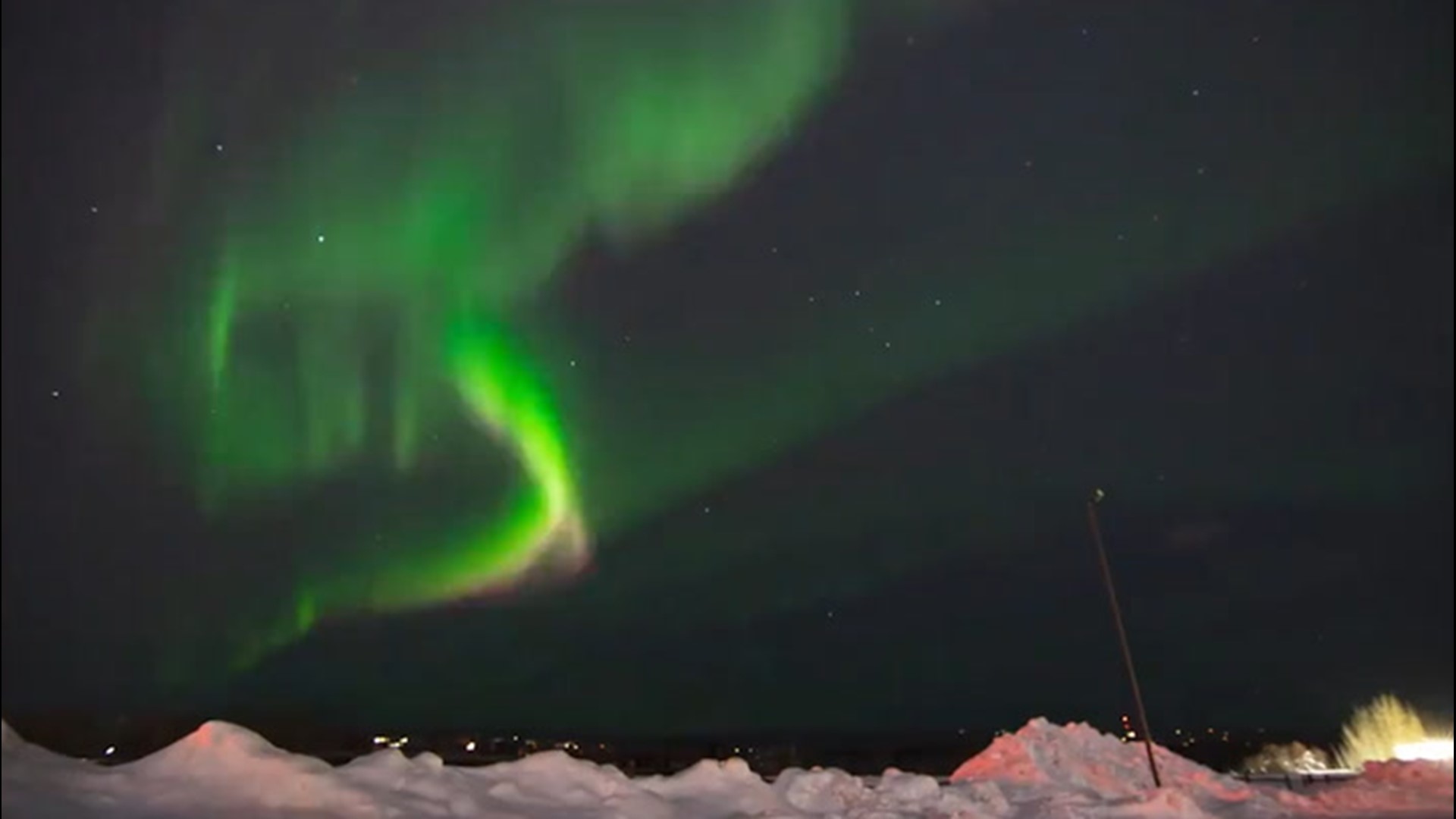 Some might be in for an incredible surprise on Monday and Tuesday nights as the Northern Lights may make another appearance over portions of the United States.

Stargazers took to social media early on Monday morning to share that they saw the Northern Lights for the first time in their lives.

The Northern Lights, also called the aurora borealis, are vibrant curtains of colored light that are visible on occasion in the night sky. The astonishing light show is caused by the solar wind in space.

"A blast of solar wind traveling about 400 miles per second slammed into Earth's outer atmosphere and triggered auroras late Sunday," AccuWeather Meteorologist David Samuhel said. "And it doesn't look like the show is over,"

NOAA's Space Weather Prediction Center is forecasting moderate-intensity solar storms once again on Monday night due to a solar storm that could last until Tuesday.

"The storm can trigger auroras that are visible across the northern U.S., so places such as Michigan, the Dakotas, Minnesota, northern New England, the Pacific Northwest should see aurora activity," Samuhel said.

The National Weather Service issued a Geomagnetic Storm Watch for western Washington, meaning there is a greater likelihood of seeing the northern lights over that specific region during the next few nights.

This activity is being caused by much-stronger-than-normal solar winds as opposed to solar flare activity. Minor solar storm levels (G1) are predicted by the SWPC Tuesday night as well.

"It is not terribly unusual for G2-level solar storms to occur, but we haven't seen one in a while," Samuhel said.

Luckily clouds and rain are not in the forecast for the Pacific Northwest, which will give a clear view of the northern lights, according to AccuWeather Meteorologist Randy Adkins - however, the dry forecast is a mixed blessing with drought conditions expanding and a wildfire threat persisting across the interior and over much of Oregon.

"Smoke from the California wildfires will not be much of a concern on Monday night, so viewing conditions should be good. Things do change for Tuesday, however, as a shift in the wind pattern will bring smoke from California into western Washington during the overnight hours," Adkins said.

For the best chance of seeing the aurora borealis show on Monday night, step outside and look to the north.

If you aren't able to see it with your eyes, you aren't out of luck. Cameras are able to pick up on auroras that are not visible to the naked eye, according to Samuel. If you have a DSLR camera, Samuhel recommends pointing it north and taking a long exposure picture for 15 to 30 seconds. You might be surprised by what it captures.

If you aren't able to see Mother Nature's aurora show from your location, watch the show online.

October will feature numerous other astronomical events for stargazers to see in the sky, ranging from a meteor shower to great views of the planets.