She spent a year living in Antarctica; here's her advice for sheltering in place

Christine Schultz spent 13 months in one of Earth's most isolated places: Antarctica. 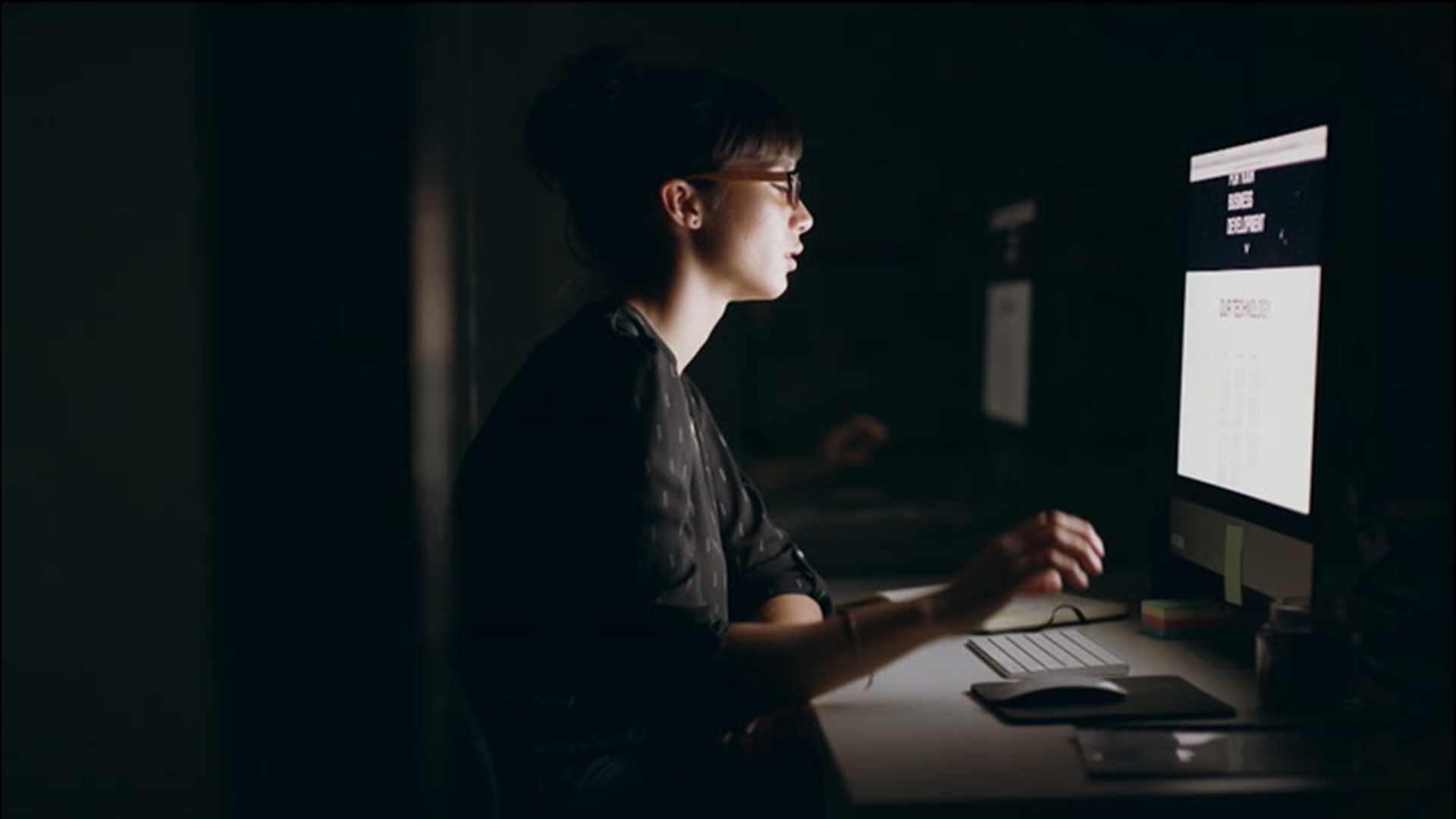 While the world has been trying to navigate the coronavirus and sheltering at home, Christine Schultz has found herself well-equipped for charting the unknown territory, much as she has done in her career as a female meteorologist.

As the station chief for the Global Monitoring Division's (GMD) Atmospheric Research Observatory at the South Pole, Schultz spent 13 months during 2010 into 2011 in one of Earth's most isolated places: Antarctica. Three of those months were spent without the sun hanging in the sky and with temperatures dropping to an average of minus 70 F.

It took a span of weeks for the sun to sink below the horizon of the Antarctic ice shelf, plunging the continent into darkness for the winter. For three months, Schultz and about 50 other people wintered on the continent in complete darkness, collecting data for the National Oceanic and Atmospheric Administration (NOAA).

"It's a mix of emotions as the sun sets," Schultz told AccuWeather in a Skype interview. "It's excitement for the winter to actually start ... There's also a little bit of trepidation too because it's unknown: How are you going to react without the sun 24/7 for six months? What's it going to be like working in extreme cold conditions that (you) really haven't seen up to that point yet?" she recalled. "There's just a lot of unknowns, so it's both exciting and a little bit frightening."

To add to the isolation, planes with supplies stop flying to Antarctica during the winter, as it's physically too cold for them to fly when the temperatures plummet to minus 40 F. Fuel freezes to slush, skis can stick to the ice and the hydraulics begin to falter in the harsh conditions. What the team has on hand starting in February is what they'll have to rely on to last them through the dark, brutal winter.

When things broke, especially during the winter, the crew would have to get creative with their fixes and what they had on hand to make those fixes. From fixing her headphones when they broke midwinter to rewiring a computer power supply to replace the broken power supply of the laboratory's LIDAR -- or a laser used to look at aerosols and cloud heights high up in the atmosphere -- crew members used whatever they happened to have at their disposal. Planes with new supplies wouldn't be able to reach the continent until spring.

As the station chief, Schultz's job is to run all of the 30 or so different instruments on the site, to perform maintenance, fix things when they break, calibrate the instruments and handle shipping and receiving during the summer months when the planes are flying.

"If the instruments were working, then the load was pretty light. But if things broke, that meant we would be out there fixing them as long as it took, basically," Schultz said.

The instruments were key for Schultz and her team to record the different conditions and atmospheric composition of the South Pole, contributing to the data and knowledge that other scientists will work with, from vertical profiles of ozone in the atmosphere to surface ozone measurements and measuring carbon dioxide and halocarbons in the atmosphere. During the darker winter months, Schultz and her team did what the satellites couldn't in filling in the gaps that would otherwise go unrecorded.

NOAA's GMD has four observatories including the Barrow Atmospheric Baseline Observatory (ABO) in Utqiagvik, Alaska; the Mauna Loa ABO on Hawaii's Big Island; American Samoa ABO in Tula, American Samoa and South Pole ABO in Antarctica. All of these locations were chosen for their remote locations back in the 1970s with the goal of measuring the composition of the atmosphere and how it changes over time away from the influence of humans and human pollution.

A few corners of the world, including the South Pole where Schultz says at least two people are wintering at the ABO base, have yet to report coronavirus cases. Palau, Samoa, Turkmenistan, North Korea and a handful of other bases on Antarctica haven't reported any COVID-19 cases, according to Yahoo News.

Credit: Courtesy Christine Schultz
Christine Schultz was station chief for the Global Monitoring Division's (GMD) Atmospheric Research Observatory at the South Pole. She spent 13 months during 2010 into 2011 in one of Earth's most isolated places: Antarctica.

Schultz says it's too early to tell if quarantine could affect pollution or air quality as well as pick up any influences of mitigation efforts, like spraying disinfectant. However, she believes the GMD's long-term records of aerosols and the composition of the atmosphere, as well as other records, could be critical to figuring out what has changed.

"Our data really are the control to the experiment for what is going on right now," Schultz said.

During her time in Antarctica when she wasn't working, Schultz and the rest of the crew found ways to stay entertained in their own shelter-in-place scenario.

"People get pretty creative over the winter months when there's not a lot of outside stimulus," Schultz said. Over her time spent sheltering from the minus 70 F temperatures, Schultz and the group watched movies, learning how to knit and hit the gym.

"My greatest advice for anyone in isolation is to get creative and make sure you have a routine," Schultz said. Especially in the winter months, a routine helped her maintain her sense of day and night. She also suggests not staying in pajamas all day.

Schultz compared her isolation in Antarctica not just to sheltering in place for the coronavirus, but also to her first job on a ship as a NOAA Corps officer job doing sonar research and mapping the sea floor near Alaska. For three years, Schultz charted uncharted waters in Alaska, contributing to the safety and navigation of ships at sea.

"Surprisingly enough I was really well-trained to live in Antarctica because it felt very similar to living on a ship," Schultz said. "You were kind of stuck there."

Even in Antarctica, where there was plenty of land to roam, Schultz and her team couldn't leave a two-mile radius of the station due to the hazardous conditions.

At her current job with the GMD, she oversees the observatories she once worked at and runs the GMD meteorology program. She still helps to fix instruments that break on occasion, only now the different locations provide some variety to how certain instruments break. In the observatory at American Samoa, one of the fans critical for a temperature sensor has broken due to reasons from a swarm of mosquitoes flying in and clogging the machine to a gecko crawling in and dying.

"Pretty much everything in my line of work I never thought I would do," Schultz said. She had once looked at forecasting or being on TV as her only options with a degree in meteorology until an internship at Mount Washington Observatory, New Hampshire, introduced her to fieldwork.

Credit: Courtesy Christine Schultz
Christine Schultz was station chief for the Global Monitoring Division's (GMD) Atmospheric Research Observatory at the South Pole. She spent 13 months during 2010 into 2011 in one of Earth's most isolated places: Antarctica.

"I also never thought I would drive a ship as my first job out of school," Schultz said. "As a 22-year-old you don't usually envision yourself piloting a vessel of 50 people, 231-feet long, for a job. But that was a skill that I got to pick up as a NOAA Corps officer. I never thought I would visit any of the Global Monitoring Division's research locations."

She had also never envisioned herself going to Antarctica, taking a selfie with the candy cane-like symbolic marker of the South Pole.

"My advice for people is always to explore their options and seize opportunities when they present themselves," Schultz said. "I did not end up where I thought I would when I was studying meteorology in school, and I have used it in so many different ways that I didn't even know where possible when I was a student or even just starting my career. So I think keeping your eyes open, being open to taking some risk is really great too and will take you places you didn't know exist."

During the last leg of Schultz's stay at Antarctica, she and other group members were watching a movie when they received a frantic call over their radios.

Schultz sprang up, and other crew members dropped what they were doing, all running outside into the biting cold for a sight they hadn't seen in months.

Pinks and purples painted the sky, heralding the first sunrise in months as slivers of light began to appear. The sun, and the end to their isolation, was on the horizon.