How a brutal cold stretch led to Frankenstein, a new religion and the invention of bikes

This year's expected May cold snap can't even compare to what's considered "The Year Without a Summer." 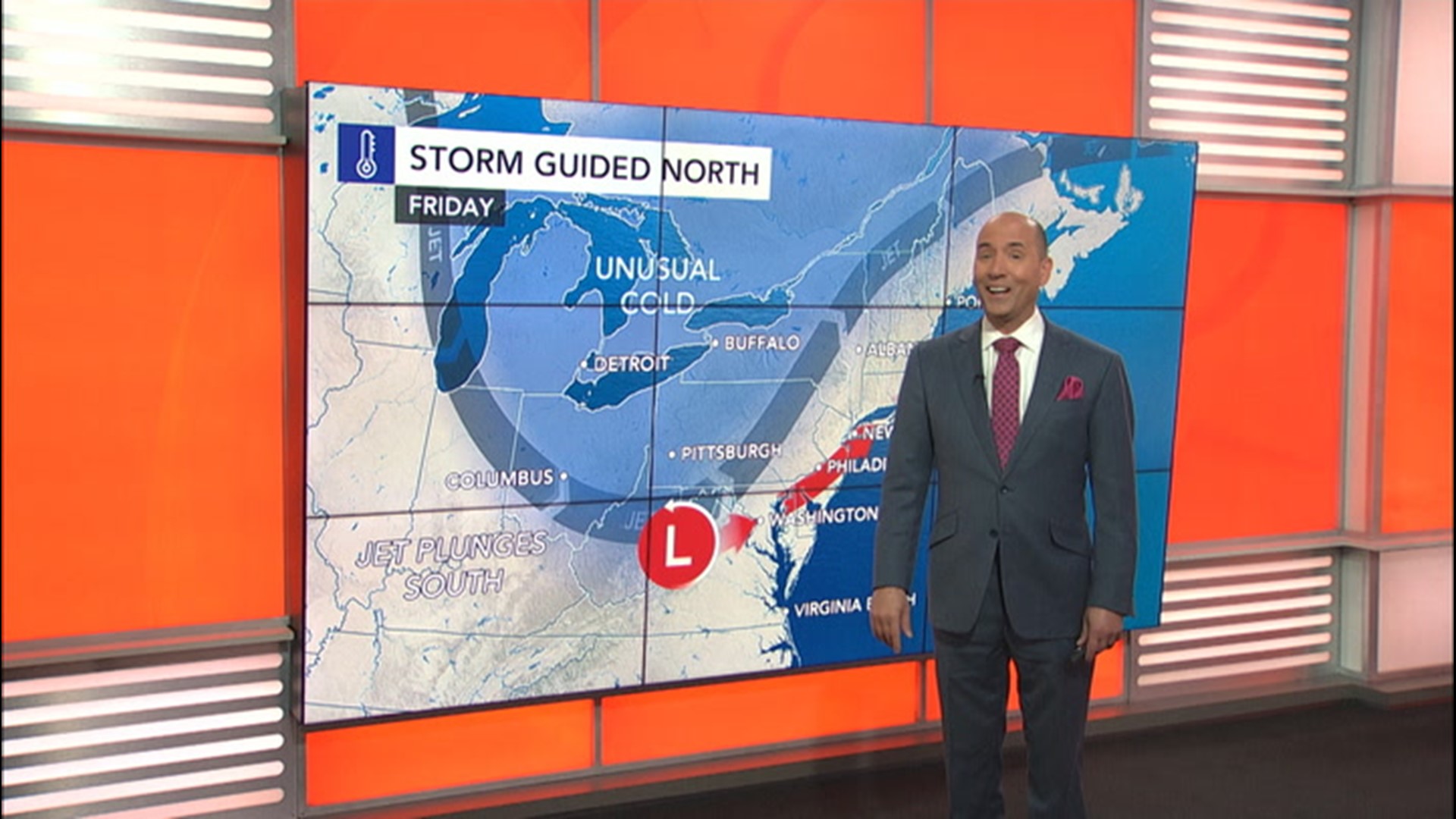 Procrastinators in the Northeast might be rewarded this weekend. That cold-weather gear that was never put away will be needed.

An out-of-season weather pattern could bring snow and cold during the days and evenings late this week and into early next week for an area approximately 500 miles long from northern Ohio to eastern New England, according to AccuWeather meteorologists.

"What's so unusual is to get that large of an area of possible snow this late in the year," said AccuWeather senior meteorologist Alex Sosnowski.

While unique, it's not without precedent. On May 6, 1992, low-temperature records were set in Chicago, Illinois (30), Worcester, Massachusetts (29), and Marquette, Michigan (18), as well as in other cities, according to AccuWeather data. And on May 7-8, 1989, a late-season New York snowstorm dropped 10.7 inches of snow in Rochester and 7.2 inches in Buffalo.

This year's expected May temperatures, though, can't even compare to what's considered "The Year Without a Summer." The year 1816 featured unprecedented cold conditions throughout the United States and Europe. The key cause was the eruption of Indonesia's Mount Tambora in 1815, as the largest volcanic explosion in recorded history occurred over four months beginning in April.

"Mount Tambora ejected so much ash and aerosols into the atmosphere that the sky darkened and the sun was blocked from view," according to an article on the University Corporation for Atmospheric Research (UCAR) website.

The eruptions killed up to 100,000 people - some immediately on the volcano's Sumbawa Island - and tens of thousands of others as a result of starvation and the resulting crop failures and disease. "It might have been millions who died in total," said AccuWeather Founder and CEO Dr. Joel N. Myers.

The smaller particles spewed by the volcano were light enough to spread into the stratosphere and eventually had a worldwide effect on climate by reflecting solar radiation back into space. The Earth's average global temperature dropped 5 degrees Fahrenheit, according to UCAR, and in some areas, the drop was more than 10 degrees according to Dr. Myers.

The uncharacteristic cold ruined agricultural production in the United States, Europe and China, which led to drastic increases in food prices, as well as famine and the epidemics of cholera and other diseases.

The U.S. consisted of just 18 states in 1816 and five were in New England, which was devastated by the frigid temperatures and the lack of food. Frost throughout May killed crops in several Northeast states, snow fell on June 6 in New York and Maine, and heavy frosts and ice storms occurred as late as July in parts of New England.

"There were freezing temperatures in all 12 months of the year in New England," said Myers. "Many of the crops failed, causing famine and triggering a western migration of wagon trains from New England where there was a depression and starvation. It was unheard of."

An estimated 15,000 people emigrated from Vermont alone, including the family of Joseph Smith, a move that may have made possible the publication of the Book of Mormon and the founding of the Church of Jesus Christ of Latter-day Saints, according to The Old Farmer's Almanac.

Other cultural occurrences resulting from the "Year Without a Summer" include the invention of the ancestor of the bicycle by German inventor Karl Drais since transportation was needed and there were not enough oats to feed horses. Also, in June 1816, Mary Shelley, hunkered down by the cold in Switzerland, engaged in a writing competition of sorts with her husband Percy Bysshe Shelley and others that led to her publication of Frankenstein.

"We know that a powerful volcanic eruption can cause the Earth to cool by 5 degrees," said Myers. By 1816, "the cooling that occurred over a couple of years was maximized then, but eventually the dust falls out and four or five years later, it's back to normal."