Beyond Isaias: Atlantic stirring with additional activity as August arrives

There are multiple other areas of interest in the Atlantic that are being examined for tropical development. 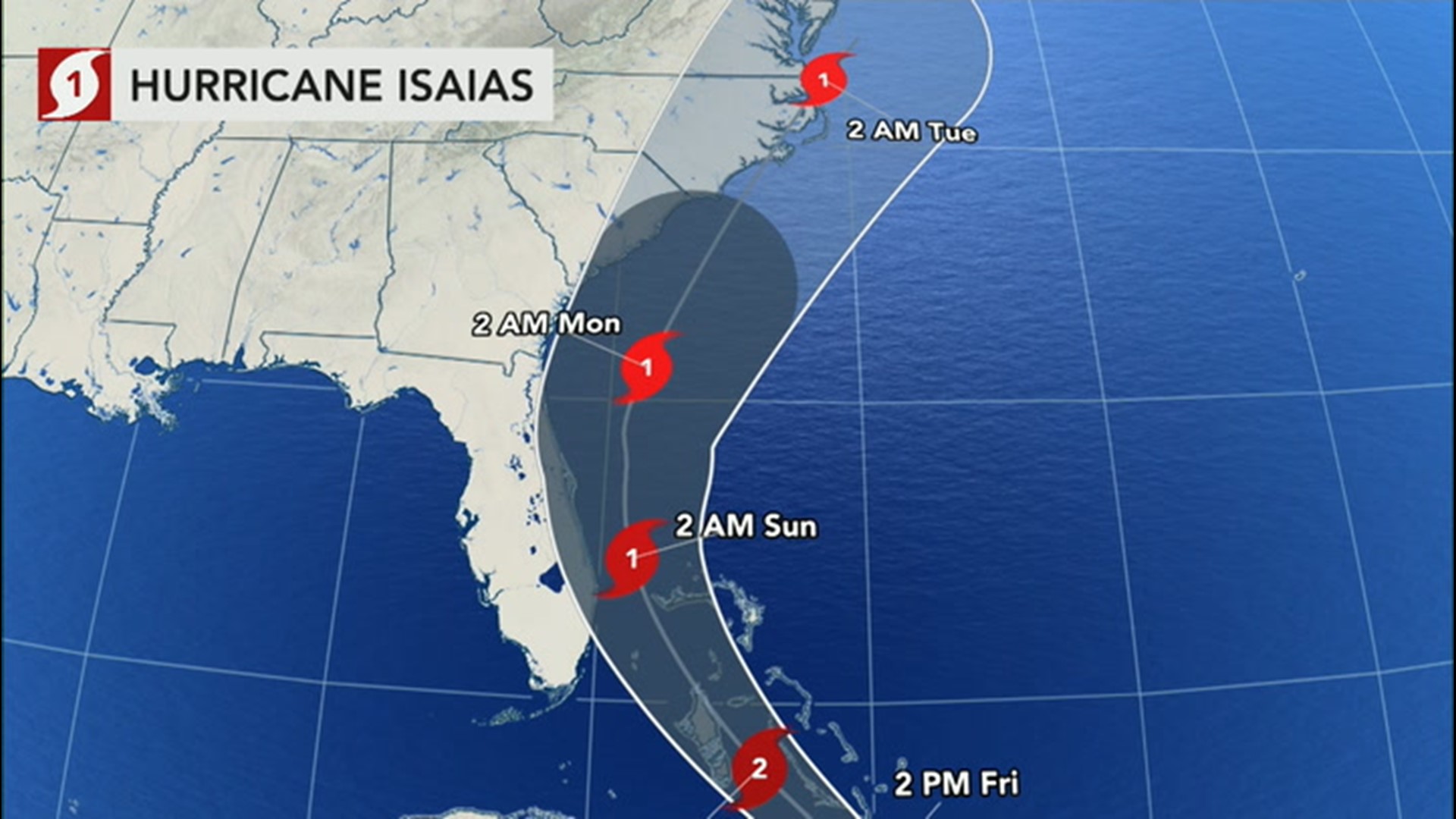 Hurricane Isaias is currently garnering the most attention from forecasters as the storm navigates through the southwest Atlantic on its way toward the United States, where is it is expected to impact the East Coast into the middle of next week.

However, Isaias could potentially have company in the basin as there are multiple other areas of interest that are being examined for tropical development.

AccuWeather's team of tropical forecasters says there are two tropical waves of concern across the Atlantic. The first is a weak area of low pressure that recently moved off the coast of Africa and is located several hundred miles to the east-southeast of the Cabo Verde islands.

This system currently has a low chance for development through Saturday.

"Conditions are only marginally favorable for tropical development on Friday and expected to become less favorable by Saturday as this feature moves northward," AccuWeather Senior Meteorologist Rob Miller said.

The second area was located about 1,000 miles east of the Lesser Antilles as of Friday morning. The system is moving to the west and producing limited shower activity.

Miller said this feature is expected to move slowly through the southwestern Atlantic and may eventually bring some impacts to Bermuda late next week. Similar to the feature near the Cabo Verde islands, there is a low chance for additional development over the next 48 hours.

The National Hurricane Center gives the area closer to Africa a 20 percent chance of further development at this time, while the tropical wave farther west has a 30 percent chance over the next five days.

While the period from late August through the middle of September marks the most dramatic increase in tropical activity on an annual basis, the 2020 season has already demonstrated that this will be a well-above-average season.

AccuWeather lead tropical forecaster Dan Kottlowski and his colleagues say there is a chance that this year could become "hyperactive" in terms of the storms that develop. Up to 24 named tropical systems are possible, according to the tropical team's latest long-range outlook. This would be close to the record-setting 2005 season in which 28 storms developed.

Nine named storms have already formed, including two hurricanes, which is well ahead of the traditional pace. Six out of nine of the tropical storms to date have been record-setters in terms of early formation for their respective letters. In some years, there aren't enough named systems to make it this deep into the rotating list of Atlantic tropical names.

Kottlowski pointed out that four named storms have already made landfall in the U.S. before the end of July, and a fifth, Arthur, brought some impacts to North Carolina in May.

"That's very remarkable through July," Kottlowski said. "It's very unusual for us to see that many impacts, landfalls especially, so early in the season."