Nearly 100 construction projects are expected to be underway across South Central PA, here's what PennDOT officials are advising 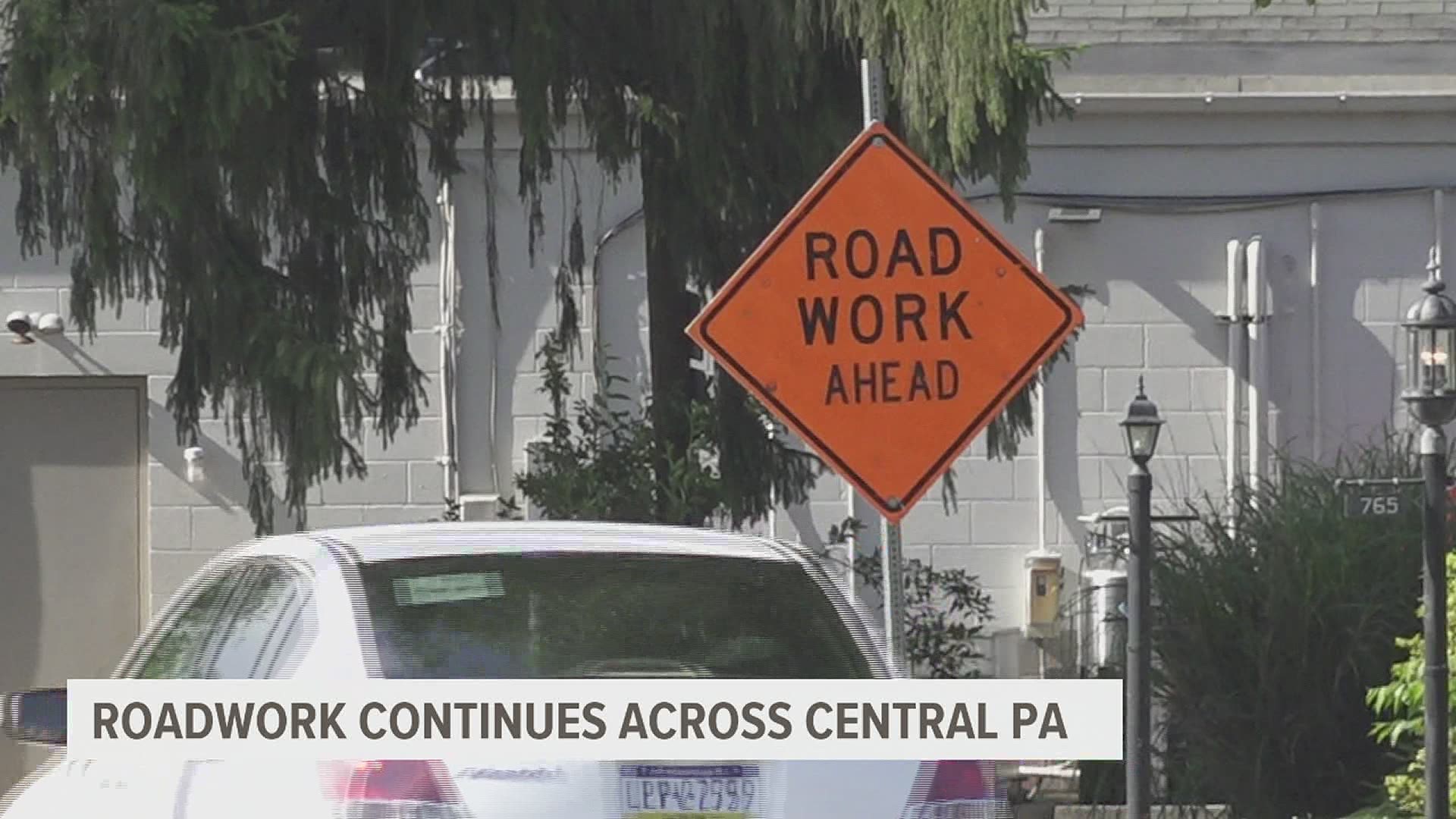 YORK, Pa. — If you're used to some yearly construction projects in your neighborhood, you may want to get used to more.

PennDOT and local municipality construction crews will be out all across District 8 from now until the fall.

Currently, 80 projects are now underway and PennDot officials say they are costly.

The construction project east of Harrisburg on I-83 totals up to $107.4 million.

These projects also have crews working longer shifts if space is available.

"Depending on the project, projects that are working behind barriers, they can be working two 12 hour shifts if they're capable of doing so if we have enough space to shift traffic," said Mike Crochunis, spokesperson for PennDot.

Roadwork on a bridge in Wellsville York County is expected to continue until Oct. 19th.

The project will go into the school year for many children across the Commonwealth and Crochunis says PennDot will make plans for bus companies and their accommodations for routes to school.

"They may have to alter their pick-ups and their bus routes if we have a bridge that's closed on those particular sections of the highway," he said.

Fritzi Schreffler, PennDot spokesperson adds this is the time of year where many drivers get into accidents because they are not paying attention.

"You should expect the unexpected because you don't know when a trucks going to be backing out, people are going to be walking around, equipment moving, and that distracts you."

To be in the know of where construction crews are in your area you can head to 511pa.com.