Here's a look at the partial solar eclipse from Central Pa.

The partial solar eclipse was visible across much of North America, including Central Pennsylvania. 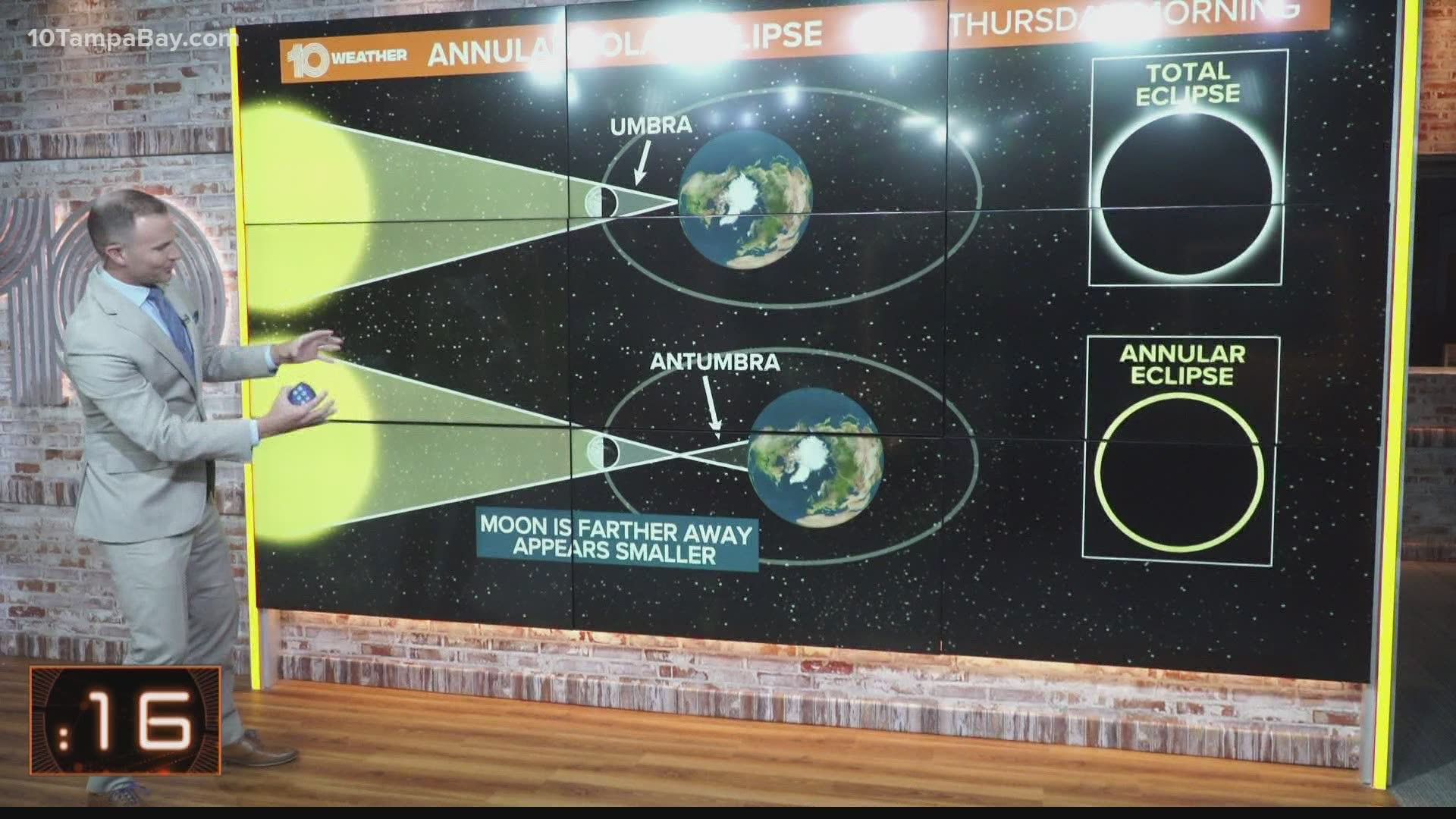 PENNSYLVANIA, USA — On Thursday, June 10, much of North America -- including Central Pennsylvania saw a brief view of a partial solar eclipse.

A "ring of fire" annular solar eclipse was visible in parts of the northern hemisphere, but those in certain parts of the U.S. could only see a partial one early in the morning.

In the U.S., the partial eclipse -- where the Earth, sun and moon are not completely lined up --was seen in parts of the Southeast, Northeast, Midwest and Northern Alaska, according to NASA.

It happened shortly after sunrise, so people that wanted to watch it in person needed to have a clear view of the horizon.

Here's a look at some shots of the partial eclipse across our area:

NASA livestreamed the eclipse in the YouTube player below.