On the reality show Jersey Shore, Mike "The Situation" Sorrentino was a suave, muscled playboy, but behind the scenes, addiction was destroying his life. 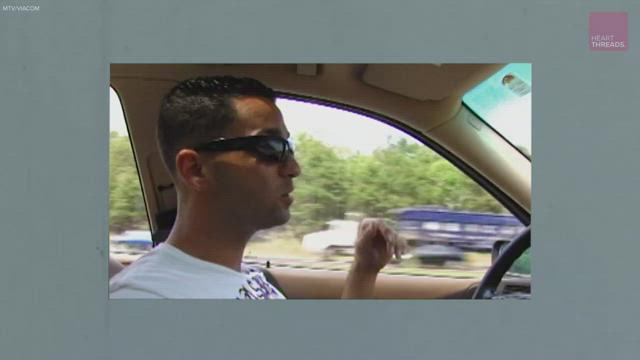 From Snooki’s signature hair to catch phrases like “gym, tan, laundry,” the show was watched by millions worldwide and solidified a new era of entertainment, i.e. reality television.

The cast catapulted to celebrity status as they partied throughout the summer.

Among them was Mike Sorrentino. Nicknamed “The Situation,” Mike was a suave, muscled playboy known for flexing his abs everywhere from the local bar to the red carpet.

But underneath the outgoing and wild persona was a dark secret: substance abuse. As party culture became increasingly linked with his success, addiction was slowly destroying his life.

“We were getting nine million views per week on Jersey Shore and that was huge [because] no [show had] ever really done that,” Mike said. “No one really knew either that I was suffering from the disease of addiction. I was trying to hide it.”

Mike knew what addiction could cost; he had suffered loss because of it before.

Prior to Jersey Shore, Mike had attended Brookdale Community College.

In math class, he met Lauren. As a fellow New Jerseyan, their chemistry was instant, and they began dating.

Lauren credits Mike’s charisma, charm and good looks as to why they fell in love. But among the butterflies was a brooding burden: Mike had fallen into an addiction of opioids.

“In the beginning of our relationship, I was experimenting with lots of different substances,” Mike said. “We broke up around three years into [the] relationship because I had to go to rehab for the first time.”

The then 26-year-old enrolled in rehab and while there was no animosity, he and Lauren parted ways.

To Lauren, it was simple: Mike needed to clean up his act.

“I didn’t necessarily pay attention when I went to rehab. I didn’t think I was like everyone else. I didn’t think I had a problem,” Mike said. “[After] I got right back to being in my twenties: partying and having fun.”

While Mike avoided opioids, he continued to consume alcohol and other substances. He said he was an “active addict,” meaning he worked hard on his physical appearance despite an internal struggle. This helped him secure a modeling contract, which led to have him grasp the attention of those casting for a new reality television show called “America’s Biggest Guido.”

The show, featuring a cast of “guidos,” or rambunctious Italian Americans, was eventually transformed and released as Jersey Shore.

While Lauren and Mike never officially rekindled their relationship, they always kept an eye on one another. For Lauren, that was easy; Her ex-boyfriend had become a household name across the nation.

“I remember people used to come up to me and be like, ‘That’s your ex-boyfriend. Aren’t you embarrassed? Aren’t you ashamed?’ I never once had that feeling at all because I knew his story,” Lauren said. “I knew he came from the depths of hell and addiction, got sober and then became overnight famous on his own. So, I was nothing but proud of him at all times.”

As Mike’s life advanced, Lauren’s did too. She transferred to LIM Fashion School in New York City, nurtured a budding career in the industry and found herself in a new relationship.

To Mike, Jersey Shore wasn’t an enabler of his substance abuse. They were simply asking to document what he was already doing.

His battle with addiction hit a wall, literally and figuratively, when filming in Italy.

He had been taking Percocet pills which were not easily accessible in another country. He didn’t realize he was going through withdrawal until he rammed his head into a wall during filming a dramatic episode. He suffered a concussion and sprained neck.

“I realized that was my bottom right there,” Mike said.

Despite this epiphany, Mike continued to use substances – especially when Jersey Shore wrapped in 2012 and he had a difficult time coping.

During this time, a single Lauren moved back home. Despite being in the same county, she and Mike never bumped into each other since breaking up. Thanks to a coincidental gym-going, both their lives were changed.

“When I saw him at the gym, I knew he wasn’t fully doing well. I was like, ‘I have a choice.’ I could entertain us being together in the future and working on [his addiction] going forward but I’ve done it before with him, I know this is going to be a lifelong commitment and challenge to fight this battle with him together. But I couldn’t not – we’re soulmates,” Lauren said.

They were immediately back together and embarked on the path of fighting Mike’s substance abuse. Little did they know, another individual close to them was also on the same journey.

Lauren’s brother, Christopher, had been attending the University of Maryland. The distance allowed for his addiction to go unnoticed. Once Lauren’s family understood the aptitude of his substance abuse, he went into a series of rehab and treatment facilities.

“I wish he had the time to see Mike today because he would be such an example and role model [and that] it’s possible to recover,” Lauren said.

Lauren was devastated. To know that the love of her life was also in the same fight that took her brother, a darker and deeper understanding was reached of the disease.

Mike also believes substance abuse led him to be careless with the money he had amassed from Jersey Shore.

In 2014, Mike was charged with tax fraud. After pleading guilty, he was sentenced to eight months in federal prison along with two years of supervised release, 500 hours of community service and a $10,000 fine.

Mike's accountant, Gregg Mark, admitted to filing fraudulent returns in December 2015. The returns defrauded the government out of $550,000 to $1.5 million in tax revenue.

“I was young, immature and careless and then when you sprinkle in substance abuse, it eventually led me to go to prison,” Mike said.

Along the long and difficult road, Mike and Lauren have heavily relied on one another. In 2018, they got married.

“In early recovery, we didn’t have anything. We just had each other,” Mike said.

December 2019 marked four years of sobriety for Mike. Now he and Lauren are hoping to provide others dealing with substance abuse the same support they gave each other.

They’ve partnered with Banyan Treatment Center, a nationwide treatment center dedicated to providing growth through recovery. With Banyan, Mike and Lauren have provided funds for those in need and have their own phone line for those wanting help: 888-270-5712.

They hope by telling their story to shine a light on addiction and substance abuse.

To the couple, this work is their purpose in life.

It’s particularly special to Lauren as she believes a force more powerful than her drove her and Mike back together and now that force is allowing them to help others battling substance abuse.

“I’ve experienced both ends of addiction – my brother who overdosed and Mike who has come out on the other end. So, it’s possible. I know how bad it can be, but I also know how good it can be,” Lauren said.

If you or someone you know may be struggling with substance abuse and want to talk to Banyan Treatment Center's line dedicated to Mike, the phone number is 888-270-5712. More information can be found here.

Additionally, you can call the Substance Abuse and Mental Health National Hotline at 800-487-4889 any time of day or night to have a confidential conversation.