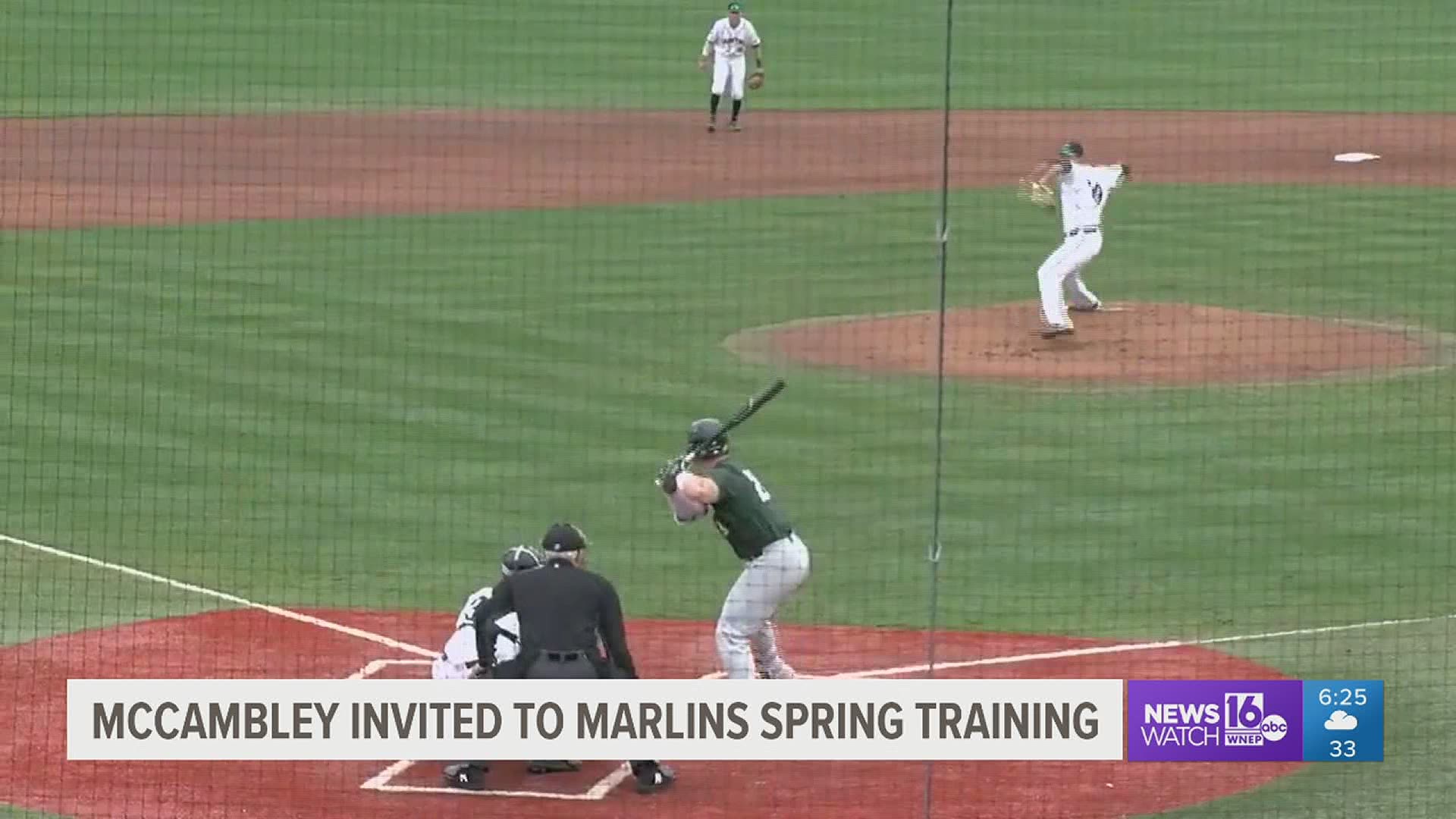 SCRANTON, Pa. — Zach McCambley was beyond excited when he was drafted last June. 3rd round, 75th overall by the Miami Marlins. Now, the Mount Pocono-native is getting an opportunity that’s rare for a rookie. He’s just one of 25 non-roster invites to major league spring training.

"The news that I got when they told me that I was going to be invited to big league camp was probably the best news I received since my name was called in the draft," McCambley said. "I also just found out I’m going to be the youngest pitcher there, which is pretty cool.”

The 21-year-old played his high school ball at Pocono Mountain East before perfecting his signature curveball in college. Since the draft, he’s had the chance to test it out.

RELATED: Kyle Datres Back At North Carolina Training For The Return To Rockies Camp In Arizona

RELATED: Pirates Add Max Kranick To Their 40-Man Roster For The 2021 MLB Season

”I was actually able to throw it quite a bit at instructs. We had this instructional league from September to October where all the top prospects in every organization come in and they all just play a bunch of games against each other. I think it prepared me a little more for this spring training coming up.”

So much so that he decided to move to Florida full-time this past November, what he calls the smartest move of his young career.

”It’s probably the best chess move I’ve used," McCambley said. "Just being down here, get in front of their eyes, throwing bullpens in front of all the front office guys and just making sure I show them the roots that I came from and how I was brought up and growing up in Northeast Pennsylvania will definitely make you one of the harder workers. Wherever I am today just comes from what I was back then.”

Here are the 18 #Marlins NRIs for spring training:

Where he plays this season will depend on how he throws this spring. Under the updated minor league system, Miami has Single-A teams in Jupiter and Beloit. Double-A in Pensacola and Triple-A in Jacksonville. McCambley says wherever his rookie year takes him, he’s ready for the ride.

”I’m not exactly 100 percent sure where I’m going to be starting the year, but honestly, whatever the organization is going to do, I’m going to be there for it," McCambley said. "I’m just going to keep playing my game. I don’t really have any expectations of where I want to be this year. I’m just going to go out there and play. It’s been a while since I’ve played an actual season. So, I’m ready to get going.”

He’ll get going this week. Pitchers and catchers report on Wednesday.