Mark Medina, a 2004 graduate of York Suburban High School, is a national basketball writer for USA Today, and is in Orlando for the NBA's restart. 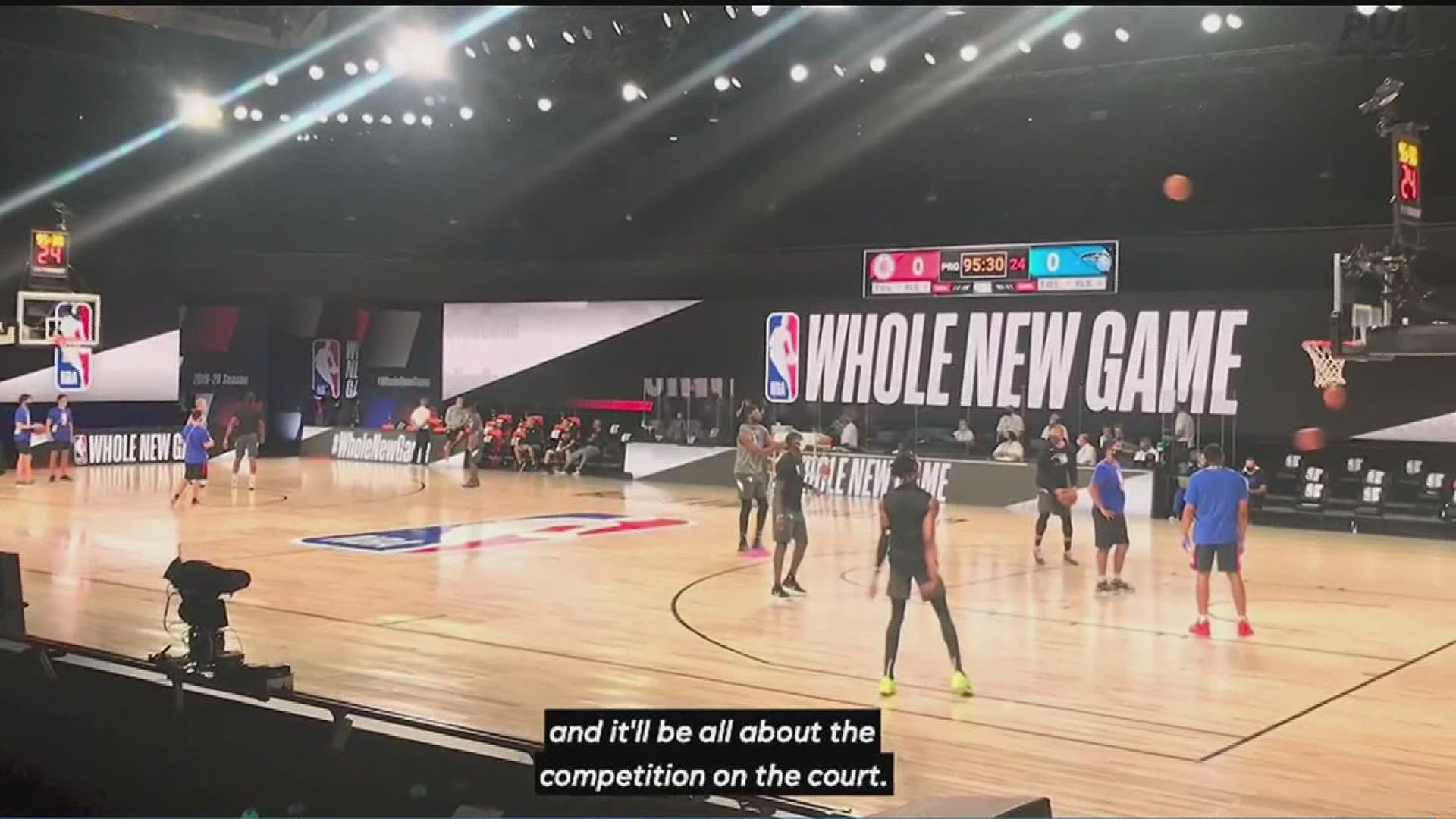 ORLANDO, Fla. — For sports fans, Mark Medina has one of the coolest jobs in the world.

Medina, a national NBA writer for USA Today, is one of a small handful of media members inside the league's lockdown "bubble" at Disney's Wide World of Sports complex in Orlando, Florida. As the NBA restarts a season on Thursday, July 30 which has been shut down due to the COVID-19 pandemic since mid-March, Medina is there documenting history.

"I do think about the journey because it's been a wild ride and a fun ride," he said.

Long before he was inside the 'bubble', Medina was in his own bubble in South Central Pennsylvania, a 2004 graduate of York Suburban High School. Medina wrote part-time for the York Daily Record, attended Syracuse University, then moved out west. He started working for the Los Angeles Times, eventually becoming the Los Angeles Lakers beat writer for the L.A. Daily News, and then followed the Golden State Warriors as a beat writer for the Bay Area News Group, as they won two consecutive NBA championships.

Mark was hired as a national writer by USA Today in 2019.

"I thank my lucky stars every day that I grew up in York, that I had the experiences and opportunities that led me to where I am," Medina said.

The NBA's 'bubble' is a first-of-its-kind experiment in the world of pandemic mitigation and prevention. In an effort to finish its season, the NBA has 22 of its 30 teams, plus members of the press, like Mark, inside a the secured Disney complex. It's not an actual bio-dome-type bubble, more like a closed-off Utopian society where everyone eats, drinks, lives, and sleeps basketball.

Everyone undergoes daily COVID-19 tests. People had to quarantine for seven days when they arrived, and if they leave the bubble, they have to quarantine when they return. Everyone received a thermometer and Pulse Oximeter, which is to be used daily to log symptoms and health status. Everyone also has a specialized Disney wrist band, which serves as more than just a hotel room and access card.

"When you check in (to a location on campus), it will log who that person is and that causes the health officials on site to look up your health profile and they can see your latest COVID-19 test," Medina said.

So far, the NBA's methods are working. No one has tested positive for COVID-19 since arriving at the bubble. Medina calls the complex the "safest place on Earth." Each day he attends practices, scrimmages, and starting tonight, games. Post game interviews are done in social distant scrums and broadcast on Zoom for media members not able to be inside the bubble.