Northeastern and Susquehannock swept the AAA and AA diving gold. The athletes train together, wear different uniforms but call one other teammates. 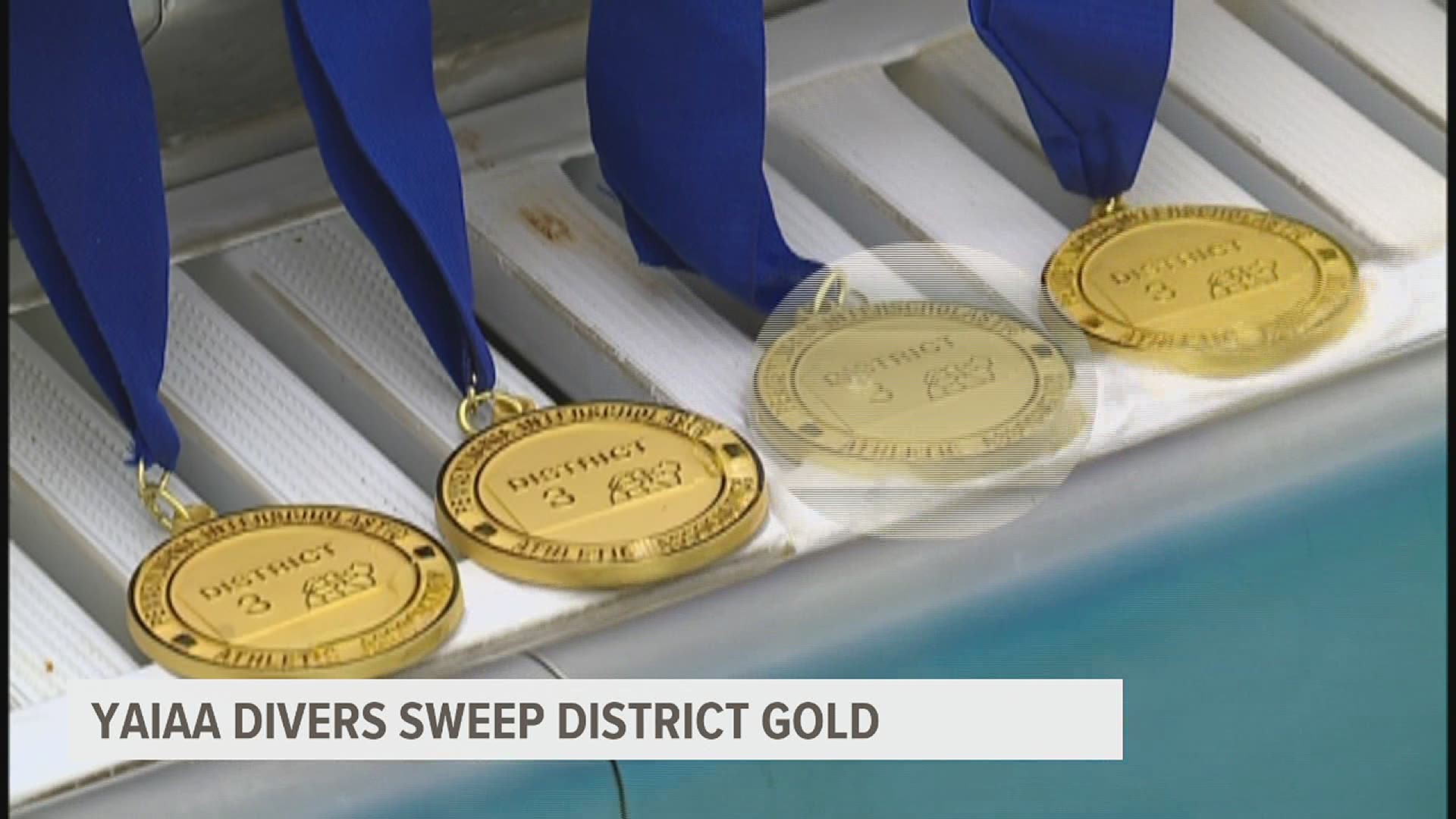 But the four divers have a unique story behind them. They all train together, they’re friends, teammates and being one team despite wearing different uniforms.

“Unlike football or basketball, there’s no strategy. There’s a skill set and there’s dedication. Diving is such a small sport, that if we don’t provide the opportunities for the county, then our kids have no one to dive against. So, it really benefits the northeastern students to have as many schools dive as possible," said McCollum.

Because of COVID-19, their training hours have been separate but now, it's all hands on deck gearing up for states, together.

For the Towson University commit, Abby O'Leary is the only senior in the group. She is the first Bobcat to make states all four years but has yet to place at states.

“I’ve been wanting to medal since my freshman year and being one tenth off last year was kind of disappointing," said O'Leary.

It’s unfinished business for all, especially the AA student-athletes whose 2020 state championship was canceled right when the COVID-19 pandemic began.

Between these four divers, there are seven district titles and hungry for a state medal.