Should people who weren't assigned female at birth be allowed to play women's sports? This bill would block it 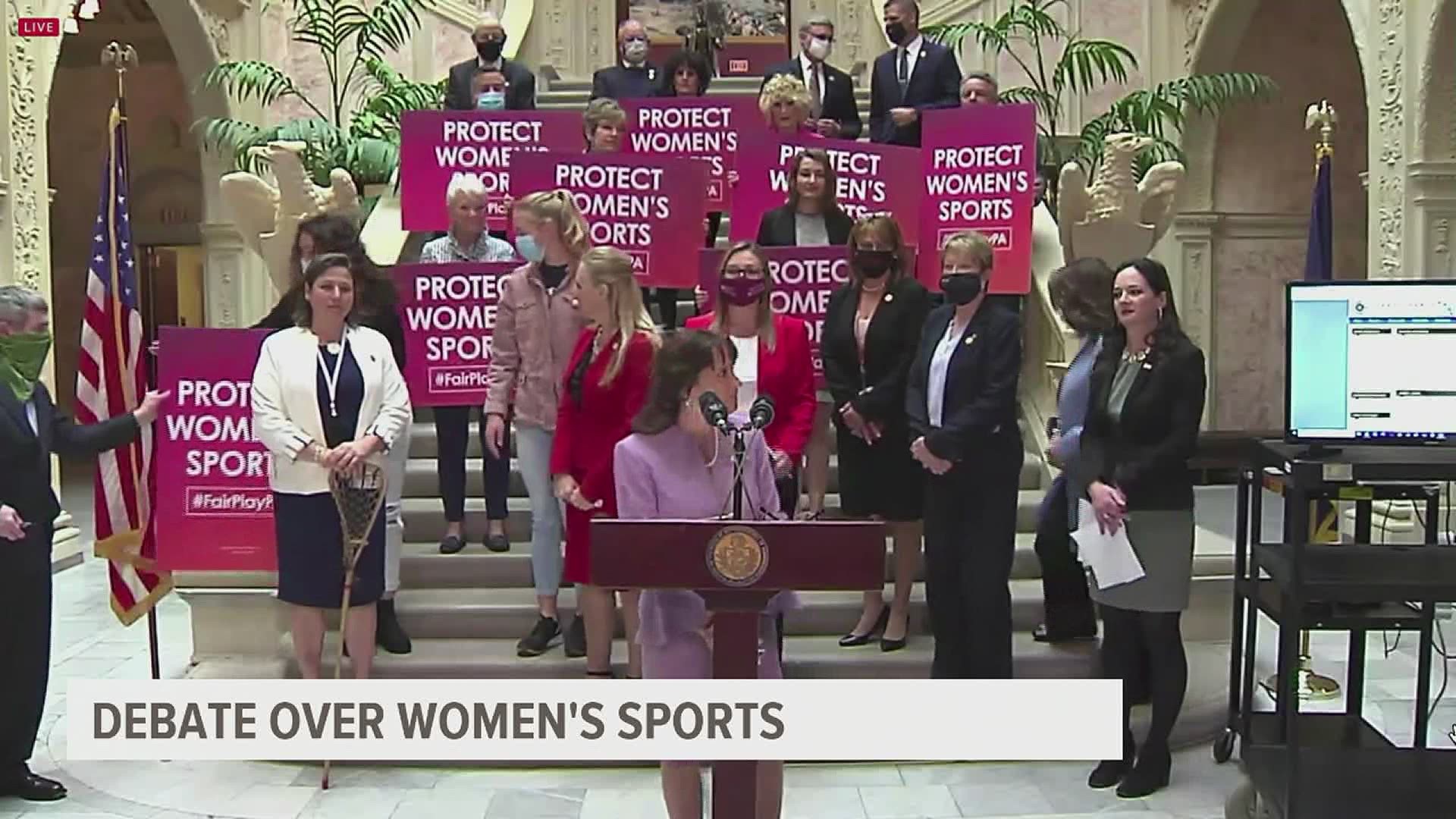 Who can and can't play women's sports is now the subject of controversy in Pennsylvania.

On Monday, 5 female Pennsylvania Representatives formally introduced a bill that would block people who were not assigned the gender of female at birth from playing on women's teams. The supporting lawmakers claim the bill protects fairness and equal opportunities for girls and women. But opponents claim it's a direct attack on transgender rights and a recent executive order by President Joe Biden to fight against discrimination.

"Girls competing in athletics across Pennsylvania need this legislation because they deserve a level playing field," says Alexis Stefani, Communications and Policy Officer with the Pennsylvania Family Institute. “A male’s belief about his gender doesn’t erase his physical advantages over female athletes.”

Supporters said by having 'biological males' as part of women's sports programs women could lose out on scholarships or even not earn a spot on the team.

“The opportunity for girls to compete on a level playing field must be protected,” wrote the Representatives in a co-sponsorship memo. “Title IX was designed to stop discrimination and create equal athletic opportunities for women...Having separate biologically-specific teams, which Title IX protects, furthers efforts to promote women’s equality.”

Lawmakers in the LGBTQ+ Equality Caucus responded Monday to the GOP bill by calling it the "latest hateful attempt to fuel a culture war over the existence of transgender people and block their full participation in their own communities."

“It’s really disappointing and troubling that women in the majority party of the State House of Representatives would take the time and energy to prioritize and amplify legislation that doesn’t actually address any real problem,” said state Sen. Katie Muth, D-Berks/Chester/Montgomery. “Unfortunately, there’s a nationwide effort driven by political organizations to use this waste of time and resources to fundraise and spread their harmful agenda."

The House and Senate co-chairs of the LGBTQ+ Equality Caucus also said the legislation didn't mention a Pennsylvania case in which a problem was caused by allowing transgender children and adults to participate together.

“As a former women’s swim team member in high school, I care about protecting women’s sports and know that transgender girls in no way threaten them,” said Rep. Jessica Benham, who is the first out LGBTQ+ woman in Pennsylvania’s General Assembly. “This bill is a complete invasion of young people’s privacy in response to a non-existent issue. It’s also likely an unconstitutional violation of transgender people’s rights.”