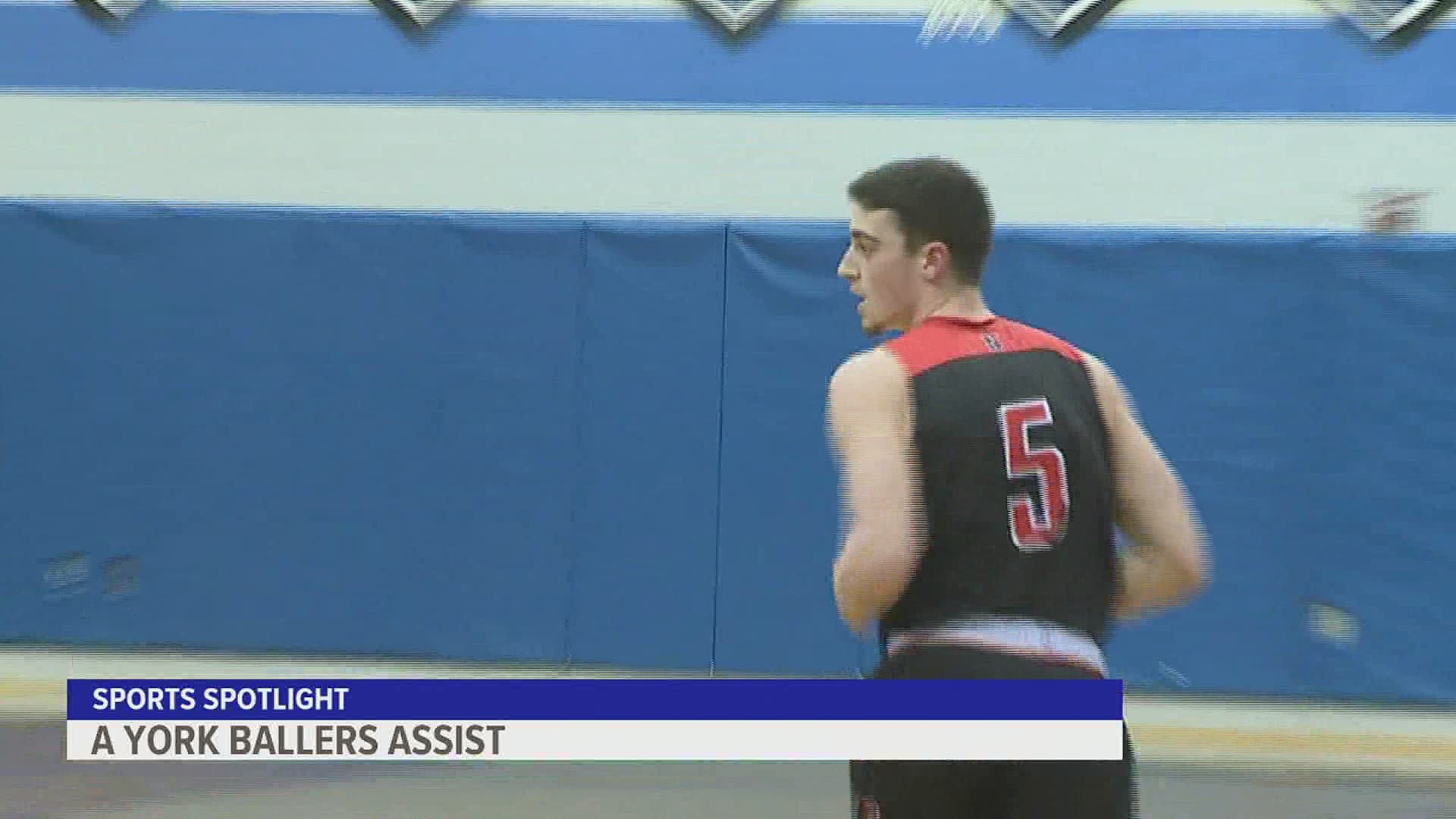 YORK, Pa. — Whether it was on the high school front, or the college hardwood Northeastern grad Antonio Rizzuto has given fans plenty of reasons to cheer.

“You don't plan for something like this and I definitely didn't see myself leaving Albany,” Rizzuto said. “So for me to leave them, it was really tough.”

After three seasons and a coaching change at Albany, Rizzuto added his name to the transfer portal.

“In high school you're getting two schools that reach out this day, two schools the next day, but when I put my name in the portal this time, it was all at once. So, it was very stressful.”

Towson was one of those teams that reached out, but because of COVID, coaches can't meet the players in person or show them around campus.

“I was only at Towson once before for a weekend camp five years ago.”

Luckily for him, another York county native and York Ballers product knows a thing or two about Towson's campus.

“I actually work out in Towson,” Four McGlynn told us. “ One of my very good friends runs the elite basketball academy down there and coach Skerry's son, ironically enough, works out there. So I walked into the gym and he was there and he mentioned they really liked Antonio.”

Rizzuto, Four, and Brandon McGlynn made the trek below the Mason-Dixon line for a self tour.

“You know, I was really happy that I could take him down on that visit and ultimately find himself a fit where he's going to excel, not only in basketball, but off the court as well.”

“they've done so much for me throughout my college career and the whole ballers organization is very special to me.”

The end result of the York Ballers family being there for one another, is Rizzuto announcing his decision to join the Tigers and play less than an hour from his family.

“Family and friends are very important to me, especially with the way the world is now, so to be able to give them something to do and something to look forward to is really special to me.”