The wait is almost over for Senators & City Island 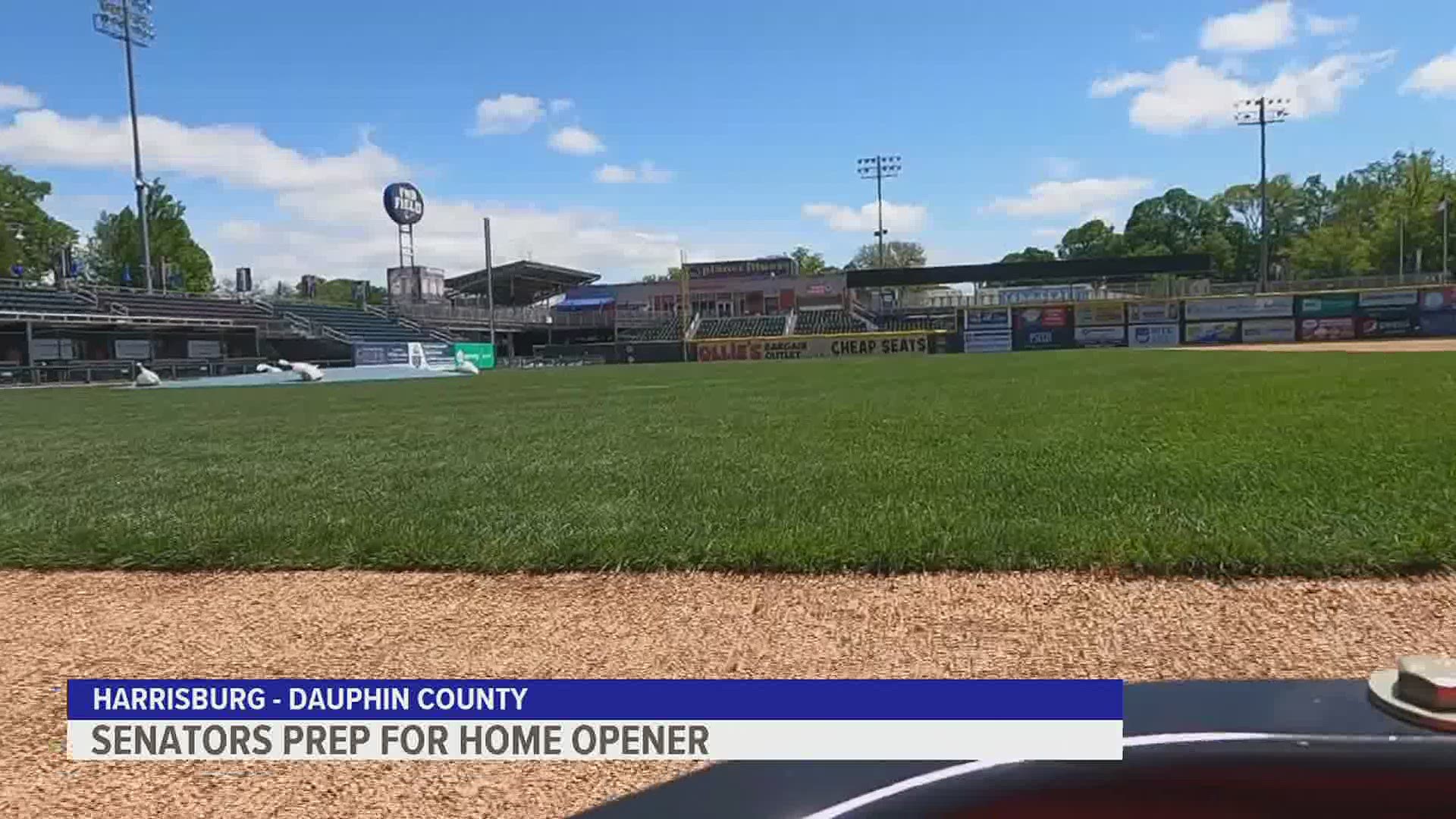 HARRISBURG, Pa. — In the sky above City Island on Monday there were some spotty clouds. But on the field it was all sunshine in the hearts of Senators employees as they get ready to host their home opener Tuesday.

Yes the park will look a little different with some social distancing measures. But baseball is back on the island.

It has been 611 days since the Senators last played on the island. Tuesday will be day 612.   In that time a few eight legged friends may have gotten comfortable in the stands.  As we get closer to the first pitch there is a dedicated crew busy scrubbing and blasting away the stench of missing last season.

The entire staff is anxiously awaiting the return of Senators Baseball. One of those is Senators G.M. and Vice President Randy Whitaker.

“When we take a breath, with all the prep that is going on we are really excited. It is going to be so fun to get out with people and just have some fun, and that is what it is all about.”

Bobble head road is ready to get back to baseball.  They miss nodding in agreement with fans. While Vlad Guerrero's smile sure won't be the only emotion on the faces at the ball park when the gates open.

It's a good day. Prep for the @HbgSenators home opener continue today. Today on @FOX43Sports @fox43 we hear from some of the employees who are excited to have game on City Island. Something that hasn't happened in about 612 days. pic.twitter.com/1HZREUAPZk

“ I am quite certain after the game tomorrow night  there will be a celebratory feeling that we have this one under our belts and (a feeling) we did it and there will still be lots of emotion," says Senators radio play-by-play man Terry Byrom.

Making sure every blade of grass is cut and the warning track has the rocks perfectly placed, after such a long time away from the ballpark, there may be a little pressure to make sure it all goes right.

"For sure," says Brandon Forsburg. "Knute" as they call him around the park, the head groundskeeper agrees there is pressure this opening day.

"We haven’t had a game in a really long time and any time there is an opening day you want to make it as picture perfect as possible.

Getting goosebumps just thinking about finally having fans back in these seats tomorrow. pic.twitter.com/fboBXS0HRN

Yes it will be awesome. After waiting over 14,688 hours for another first pitch on City Island what can be better than hearing the pop of the glove and a mayfly land on your head.